BRICS is building a model of global co-operation 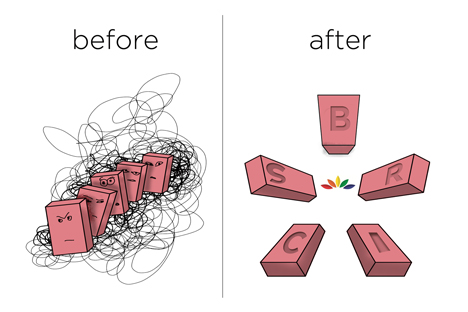 The growing importance of BRICS indicates that the West should collaborate with these countries to cope with global economic and political challenges.

In the run-up to last week’s highly successful BRICS summit in Durban, South Africa, I read a number of articles in the British media saying the countries in the forum (Brazil, Russia, India, China and South Africa) were not growing as fast as they had and that BRICS was a loose and unsustainable group of countries that saw the world in different ways. I cannot disagree more with these statements.

BRICS, launched as a forum on Russia’s initiative in 2006, has rapidly become an important factor in world politics.

It reflects a trend in global development – one towards shaping a polycentric system of international relations, increasingly characterized by the use of non-institutionalized mechanisms of global governance and network diplomacy, and the growing economic interdependence of states.

The authority of BRICS in international affairs is based on the growing economic power of the participating states, which act as a major driver of the global economy, and also on their significant share of the world’s population and rich natural resources.

The political influence of BRICS stems from the fact that the states are active members of leading international organisations such as the United Nations, G20, the Non-Aligned Movement and the Group of 77 (a large coalition of countries in the UN), as well as regional associations.

In BRICS we promote strict observance of the UN Charter and international law in general, as well as such principles as openness, pragmatism, solidarity, and a non-bloc and non-aggressive attitude with regard to third parties.

A number of fundamental, long-term factors bring BRICS countries together.

For instance, BRICS members advocate the creation of a more balanced and more just system of global economic relations. All our countries are interested in long-term sustainable economic growth worldwide and the reform of the financial and economic architecture to make it more efficient.

In fact, the average growth of the BRICS economies in 2012 was as high as 4 percent, compared to 0.7 percent in advanced OECD economies.

Our common goals also include the rejection of power politics and policies encroaching on the sovereignty of other states.

So, our approaches towards important issues such as the Syria crisis, the stabilization of Afghanistan, Iran’s nuclear program and the Middle East peace process, do have a lot in common.

In addition, BRICS countries face similar problems and challenges in economic and social policy, stemming from the need for large-scale modernization.

Given the political will, BRICS can potentially become a key element of a new system of global governance, particularly in the areas of finance and economics. One of the advantages of BRICS is that it is a new model of global co-operation, transcending the old patterns of east-west and north-south dividing lines.

Whatever the differences, everyone feels comfortable dealing with the other partners, since nobody is trying to impose their will on the others.

BRICS’ credibility and influence in the world is evidenced by its growing contribution to the efforts to stimulate global development. This important matter was specifically addressed at the BRICS Leaders-Africa Dialogue Forum, which was held alongside the BRICS summit in Durban.

The growing importance of BRICS was underlined by Britain’s Foreign Secretary, William Hague, who said in a recent speech that “Brazil, Russia, India and China now account for 20 percent of world economic output. The figure has doubled in 10 years, and is still rising.”

We can also see that the British Government highly values its relations with the BRICS member countries, and we support the idea of developing a positive agenda of co-operation between our economies and the UK.

Since geopolitics now mean geoeconomics, it would be natural for BRICS to evolve towards a full-scale mechanism of strategic interaction.