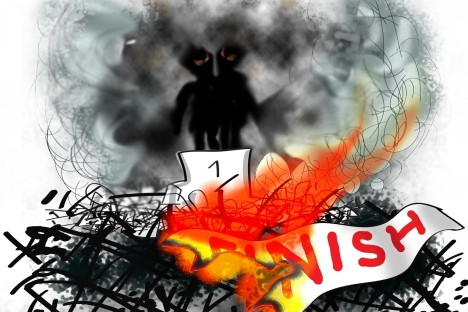 The bombing during the Boston Marathon brought Chechnya back to the attention of the West, but the public, the press and the politicians fail to realize the situation there has changed – and the threat is greater.

The involvement of ethnic Chechens in the Boston Marathon explosions served as a reminder for American experts, politicians and journalists that the problems of the North Caucasus remain a part of larger foreign policy issues, including bilateral Russian–American relations, international terrorism, the situation in the Greater Middle East and preparation for the 2014 Sochi Olympics.

In the wake of the Boston tragedy, the “war in Chechnya” is again at the forefront of public attention, although the hostilities in that republic officially ended in 2002.

Once again, there is talk in the United States about “Chechen separatism,” despite the fact that, since the 2004 Beslan tragedy, all major terrorist attacks carried out by perpetrators from the North Caucasus (including in the Moscow metro in 2010 and at Domodedovo Airport in 2011) have been justified with slogans advocating radical Islamism rather than ethnic national identity.

U.S. experts usually attribute radicalism in the Caucasus to two causes: repressive Russian policy and socio-economic problems. However, that does not apply to the Boston tragedy: The Tsarnaev family left Chechnya long ago and they could not have been affected by the Caucasus military campaigns.

Indeed, the two brothers, Tamerlan and Dzohkhar, had lived outside Russia for years and could not have been affected by the ‘repressive Russian machine’ or low social standards.

And the Tsarnaev brothers are not the only example of immigrants acting out against their new homelands.

Incidents staged by immigrants from the North Caucasus have already taken place in several European countries: Lors Doukaiev, an ethnic Chechen, was arrested in Copenhagen in September 2010 when attempting to organize a terrorist attack on a Danish newspaper that had published caricatures of the Prophet Mohammed; in May 2011, Czech police arrested several members of the Dagestan-based terrorist network Shariat Jamaat.

Sadly, for a long time political correctness obscured the fact that the mounting radicalism among immigrants from the North Caucasus was directed not so much against Russia as it was against the West.

Young immigrants seeking answers to the questions “Who are we?” “Where do we come from?” “Where are we going?” increasingly turn to their peers as well as friends from their historical homeland to get answers that would hardly please the United States and Europe. The North Caucasus protest movement is rapidly embracing Islam, and it sees the United States, Europe and Israel as the enemy, waging war against righteous Muslims.

You don’t have to be a member of the Caucasus Emirate or Vilayat Dagestan, let alone al-Qaeda, to be exposed to these ideas.

It is enough to have access to the Internet and social networks. The development of radical views only requires a young mind disappointed in his new home who decides to set out discovering his identity. So it would be naïve, to say the least, to assume that a relatively comfortable life away from the hot spots automatically guarantees loyalty and adherence to Western values.

In the wake of the Boston tragedy, the media have written about the need for Moscow and Washington to cooperate on security matters.

Fair enough. But it would be wrong to speak only about cooperation between the special services. Such cooperation would not yield the desired effect without a fundamental change of public opinion and greater trust.

The Russian expert and political community should interact with U.S. congressmen, influential media outlets and universities more actively. Otherwise, any discussion of the North Caucasus will be dominated by a simplistic picture that reduces everything to the impact of the “Chechen separatism” and the “Chechen war.”  Public opinion in the United States is just as important as the decisions of the Administration, the State Department and the intelligence community.

Sergey Markedonov is a visiting research fellow at the Center for Strategic and International Studies in Washington, DC.