Boston’s sobering lessons for Russia and the U.S. 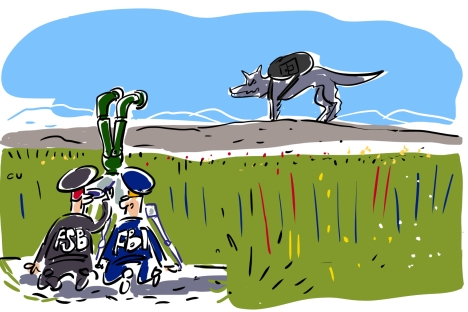 Looking for the ‘lone wolf’ terrorist has hitherto not been a major part of Russian security services’ strategy – but after the Boston bombings, cooperation between the FSB and FBI is crucial.

The terrible events in Boston have raised prospects of deeper security cooperation between Russia and the United States, which is to the benefit of both nations. However, there are also lessons for Russia about its own security so that the next such attack does not take place at home.

First of all, how prepared is Russia for similar “lone wolf” terrorism? The worrying answer is that it is not. Most recent attacks in Russia outside the North Caucasus have been the product of planning and organization by established terrorist groups. Likewise, in the North Caucasus itself, government forces face a range of insurgent cells and units.

As a result, the security apparatus – and especially the Federal Security Service (FSB) – tends to focus almost exclusively on the organizations best able to mount larger, more complex attacks. On one level this is entirely sensible, not least because these are also the enemies more easily penetrated and identified. It also speaks to political concerns, such as about attacks on the Sochi Winter Olympics.

However, it does mean that they are essentially ignoring the danger of individuals like the Tsarnaevs, who appear to have had no material contact with the formal insurgent groups and may well have been radicalized and even learned their basic tradecraft from the Internet.

Despite attacks such as the Boston marathon bombing and the 2009 Fort Hood shooting (when a Muslim soldier killed 13 people), the FBI has actually had considerable success in catching such “lone wolves” before they strike.

Often they have done this by setting up “sting” operations, catching them as they tried to buy weapons or explosives from undercover officers. Indeed, on April 19, a young Tunisian American was arrested, charged with trying to join jihadist militants fighting in Syria after just such an operation.

They require subtlety, patience and a network of willing informants in communities from which the terrorists may emerge. The very fact that the FSB turned to the FBI for information about Tamerlan Tsarnaev, even though quite possibly it was in Dagestan where his primary radicalizing experiences may have been, underscores the limitations of the Russians’ ability to draw on local knowledge.

The FSB does now monitor social media for signs of potential radicalization and terrorism. Their 2011 request to the FBI probably came from such online indications. But this works best when it complements, rather than replaces, on-the-ground networks of informants and a supportive public willing to warn the authorities when they have their suspicions about a neighbor or even a family member.

Just as its security forces are often limited in their ability to draw on community support, so too the Boston bombing highlights the often-limited nature of Russian security cooperation with the rest of the world. Although there is considerable bilateral intelligence-sharing with traditional allies amongst the post-Soviet states, this is much less effective outside the region.

The modern challenges of terrorism – and organized crime – is very often transnational, and equally transnational cooperation is essential to combating it. Although Moscow and Washington are now talking about reviving old links, and a joint FBI/FSB team was in Makhachkala to investigate the Tsarnaevs, the question is whether or not this will prove a lasting development.

In his marathon public question-and-answer session on April 25, President Putin said that “If we truly join our efforts together, we will not allow these strikes and suffer such losses.”

This may sound positive, but we have heard this before, not least after 9/11. Intelligence-sharing soon dwindled after.

As when any relationship breaks down, there has been fault on each side. I have spoken with Russian security officers who have complained that the West is restrictive in what it shares and partial in whom it investigates. Conversely, their Western counterparts grumble about “intelligence” that was little more than propaganda (especially when characterizing supporters of Chechen independence as Al-Qaeda groupies) and leaks to wanted Russian criminals.

Beyond that, events have got in the way. The Litvinenko murder essentially deep-froze Russian-British cooperation until it began to be defrosted in 2012 through joint investigation of the shooting of Russian banker Gennady Gorbuntsov in London. The Magnitsky Act is now creating its own pressures on Russian-US relations.

However, it is not necessary to like another country to cooperate with it (Israel quietly shares intelligence with many of its Arab neighbors, for example).

It is crucial that all parties should stop seeing security cooperation as a byproduct of wider détente – or a zero-sum game, a contest to get the most out of the deal. Instead, the fullest possible level of intelligence sharing should be a matter of course and of mutual benefit. Only that way can the next Tsarnaevs be caught, whether they plan attacks in Oakland, Oxford or Omsk.