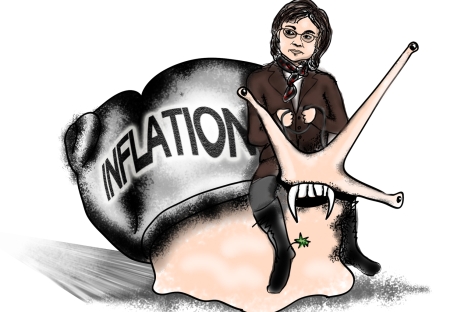 The Russian economy does not need a loose monetary or credit policy, but a balanced development of the financial sector, which should be the facilitator rather than the main engine of economic growth.

The Russian Central Bank has pursued a fairly tight monetary policy over the past three years, holding the base rate high at 8.25 percent in an effort to curb inflation. That was a vital objective. Unlike most Western economies, Russia faced a serious risk of stagflation following the onset of the global economic crisis.

But this policy has some limits because current inflation is detremented by institutional factors along with monetary ones. In other words, inflation is currently being driven not only by the interest rates or money supply policies, but also by the prices charged by the natural monopolies, as well as by weak business activity.

Prices charged by the infrastructural monopolies are growing 10-15 percent every year, fueling growth in utility tariffs and related prices. Meanwhile, the economy is being sluggish to react to price stimuli. By mid-2012 output had returned to the pre-crisis level, but producer prices were up 32 percent on 2008. The economy now needs much greater coordination between monetary, structural and institutional policy.

The Central Bank will have to adjust its strategy and try to find a better balance between financial stability and economic growth, even though, under the country’s Constitution, it is responsible only for monetary policy and price stability (not economic growth).

And there is no reason to expect any surprise moves or drastic policy changes when Sergei Ignatiev is replaced by Elvira Nabiullina as the Bank’s head.

The main objective facing Nabiullina will be to plot a course that maintains macroeconomic stability while also fostering economic growth. It is a big challenge, but central banks in the developed world are increasingly beginning to target jobs and growth. The Russian Central Bank cannot ignore these problems, for economic as well as political reasons.

Inflation in Russia could be 5.8-6% in 2013 - Economic Development Minister

The bank will also face colossal pressure from many quarters to sacrifice macroeconomic stability for the sake of economic growth. It may find it difficult to persuade its opponents that growth triggered by such a trade-off is unlikely to last, and that in the longer term it would almost certainly lead to a new bout of crisis.

In the current institutional environment, an economic stimulus policy which includes higher spending, lower rates, and pumping more liquidity into the banking system will produce the desired acceleration of growth. But any gains in economic output would then be lost to future financial turmoil amid growing systemic financial risks and structural imbalances.

Several other social and economic problems will have to be addressed before Russia can enter a sustained period of growth. Macroeconomic stability is a top priority. The country’s “credit history” over the past two decades shows the government cannot afford to run the risk of financial and monetary destabilization.

A new economic policy could be based on a transition from the ‘demand-side economy’ to the ‘supply side economy’. Stimulating demand (especially from the public sector) in current circumstances would mostly stimulate imports and inflation rather than domestic output.

That is why the Russian economy does not need a loose monetary or credit policy, but a balanced development of the financial sector, which should be the facilitator rather than the main engine of economic growth. Sustainable growth should come from a radical improvement of the business climate, in the broadest possible sense.

Vladimir Mau is an economist and Rector of the Russian Presidential Academy of the National Economy and Public Administration.