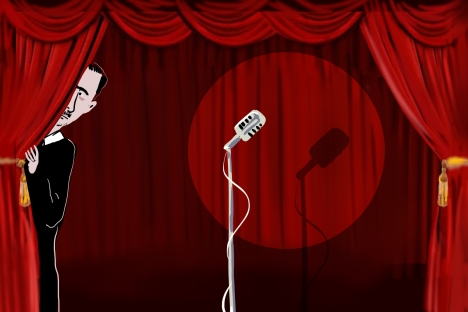 Washington has no clear vision of Syria’s future and tends to attribute its wobbly attitude to Russia’s intransigence. However, the U.S., by agreeing to the upcoming Geneva-2 conference on Syria, has acknowledged that the conflict cannot be resolved without Russia’s participation.

Even as Moscow and Washington are calling for a new international conference on Syria (“Geneva-2”), the situation in and around the country is becoming more and more confusing. The conflict has, in effect, become internationalized, with Lebanon, Qatar, Israel and Iran already involved — and other countries about to become entangled in the mess as well.

It is becoming increasingly difficult to bring all — or at least a solid majority — of the players in and outside of Syria under the same roof.

Moscow’s tasks are not all that difficult. President Bashar Assad — whom Moscow is helping and for whom it is responsible — may be a whimsical character, but he does not need much urging to take part in Geneva-2. He is ready to attend without preconditions.

It has to be noted that Russia is working not only with Assad, it is trying to spread its influence to the opposition as well. Of late, Moscow has been paying more attention to the Muslim Brotherhood: the most organized and effective opposition group, which also happens to position itself as moderate. This makes the Syrian Brothers resemble their like-minded Brothers, who have already come to power in Egypt.

Russia is also playing the religious card, acting as a champion of Middle East Christians and using Russian Orthodox Church leaders — whose conservative and anti-Western views are consistent with with those of Islamic fundamentalists — as envoys.

Russia’s responsibility for the external players — China and Iran — is less obvious. China has never been involved in the conflict directly and has confined itself to general statements on the need to restore stability in the Middle East. Russia’s aim with regard to Iran is to bring the country to the conference and prevent its leaders from taking openly provocative actions. That is not an impossible task either.

The United States faces more difficult problems. Inside Syria, it has to deal with a motley assemblage of political forces. So, along with trying to consolidate the anti-Assad opposition, it has to be selective, in order not to compromise itself by having links with religious extremists.

There are also problems with external partners — the “friends of Syria.” On the one hand, the European Union and the Gulf states have taken a position close to that of the United States. Yet, on the other hand, there are differences between the Europeans and the Arab monarchies — notably, differences over the Islamic segment of the Syrian opposition.

The United States is against solving the Syrian issue by force and will never interfere directly. President Barack Obama, who is due to remove troops from Afghanistan next year (which is seen as a defeat for the United States in the Muslim world, and indeed elsewhere), has no reason to be dragged into another conflict that threatens to be interminable.

Washington does not have a coherent view of what to do in Syria, and the U.S. sometimes attributes its indecision to Russia’s intransigence, thus shifting the responsibility for the problems of how to settle the Syrian conflict. Washington’s consent to Geneva-2 shows that it understands the Syrian conflict cannot be resolved without Russia.

Meanwhile, the issue of arms supplies to the Syrian opposition has predictably become an obstacle to the preparation of Geneva-2. Russia lashed out at the European Union’s decision to lift the embargo on arms supplies. Russian Foreign Minister Sergei Lavrov stressed that lifting the embargo undermines the very idea of the peace conference.

Nonetheless, lifting the EU embargo does not mean that supply will begin immediately. The decision is more an attempt to put pressure on Russia to renounce its military aid to Assad. British Foreign Secretary William Hague stresses that, while working toward the Geneva conference, no one should supply arms to anyone.

Russia, in turn, may use the European Union’s recent decision to justify its delivery of S-300 air defense missiles, which strengthens the potential of the Syrian army — something Israel is particularly afraid of.

In the meantime, the Syrian opposition continues to receive arms from its Arab allies in Qatar and Saudi Arabia. Arms are flowing almost openly through Jordan. The recipients of all this military hardware are difficult to identify, but there are grounds to believe that much of it ends up in the hands of extremists.

In any case, the continuing arms race is stoking tensions — and it makes the fate of Geneva-2 unpredictable.

Alexei Malashenko is an Arab scholar and a member of the Carnegie Moscow Center Council.