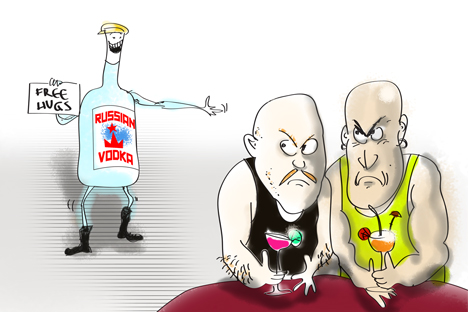 LGBT communities in the United States have called for a boycott of Russian vodka as a way to express their outrage over Russia's laws against homosexual propaganda. Is the action likely to have the intended effect?

Read Stepan Serdyukov's opinion on the next page

As a child, I had terrible insomnia. When I couldn’t sleep, I would stay up late reading Alfred Hitchcock’s Tales of Terror.  Recently, my insomnia has returned and so has my penchant for reading tales of terror. But the terrifying stories I have been reading on my tablet the last few nights have not been works of fiction.

Rather, they have been articles about the rise in homophobic violence in the wake of Russia’s new anti-gay legislation. On the heels of his own divorce announcement, President Vladimir Putin has signed into law so-called “family values” legislation that is creating an increasingly hostile environment for Russia’s gay community.

Under the new law, citizens and foreigners alike can be arrested and imprisoned for even appearing to be gay or pro-gay, an offense that might be as innocuous as wearing rainbow suspenders.

From what I have read, it appears that this new legislation has brought out the very worst in humanity, emboldening “crime-fighting” thugs to lure unsuspecting gay teenagers to oftentimes public locations, where they proceed to humiliate and brutalize them as passersby turn a blind eye.

Accompanying one story is a photograph of a terrified, blood-smeared boy on his knees, blindfolded and stripped to his underwear. In another image, his tormentors douse him in urine. Yet another article describes the gruesome murder of a 15-year-old boy, in which his supposed friends “…tortured him, sodomized him, and smashed his head with a stone…” for revealing to them that he was gay.

I close my tablet and turn to my partner of eight years slumbering peacefully beside me. The hair at her temples has started to turn gray. It occurs to me that we are growing old together. Our names long ago have become a mono-syllabic blur on the lips of friends and family members. How lucky we are, I think. What if we had to live our life together in secret for fear of our safety, our freedom? What if we lived in Russia?

I am not the only gay American to come to this sobering conclusion. In fact, my fears echo the powerlessness and outrage that has spread like wildfire throughout gay communities around the globe as stories and images of Russian brutality flood the Internet.

Short of unplugging our computers and closing our eyes, it is impossible to miss what is happening in Russia. In the age of Twitter and the 24-hour news cycle, we are always plugged in. We can no longer use the excuse that we didn’t know. So the question on everyone’s lips is: What can we do?

On an individual level, not a lot. Those whocould make an immediate impact, like the International Olympic Committee, do nothing. And despite a New York Times editorial calling on the United States to be more forceful in denouncing Russia’s anti-gay laws, we aren’t expecting government sanctions anytime soon.

So we take the only recourse available to those of us desperate to reject a government that is brutalizing our community and its own citizens. We are boycotting all things Russian, starting with Russian vodka.

Vodka, after all, is one of Russia’s most recognizable and profitable consumer exports, and according to a 2011 marketing study by Experian Simmons, 45 percent of gay men and 44 percent of gay women identify vodka as their drink of choice.

Here in Chicago, Stolichnaya (Stoli) and Smirnoff vodkas line the shelves of gay bars and nightclubs across the city. But recently, the owners of bars in Chicago and in other major cities are dumping Russian vodkas. As Stoli disappears, signs are popping up outside these popular establishments that read: “Proudly Serving Non-Russian Vodka.”

Some have claimed the boycott is a misdirected campaign. After all, the makers of Stoli recently came out with a letter condemning the recent legislation and pointing out that, although their ingredients are grown in Russia, their vodka is distilled in Latvia.

Suddenly, this once-proud Russian brand is scrambling to distance itself from Russia. While their attempt to mitigate their losses is understandable, one might argue that if Stoli were a true ally of the gay community, they might vow to use ingredients grown elsewhere.

The real truth is that the world so readily associates Stolichnaya Vodka with Russia because its makers have branded it as Russian vodka. Stoli must now live and die by the same sword.

Our goal is simple. Keep all gay money out of Russia. By dumping Stoli and other Russian vodkas, we are standing up for our brothers and sisters. As long as Russia continues to dehumanize the gay community, the gay community will continue to dump all things Russian down our sewers.

United, we stand with gay Russia.

Jennifer Kleiman is a Chicago-based journalist.

What is my opinion of the vodka boycott? First of all, all Russian vodka has not been boycotted anywhere. Some establishments in the U.S. did exclude Stolichnaya from their menus, but their number is quite limited.

Moreover, Stolichnaya is not distilled in Russia, and the brand owner is a private company from Latvia, SPI Group, which has been in disputes with Russian government over Stoli for years now.

Stolichnaya reps have already publicly affirmed their support of gay rights, and I think that the boycott has been a very short-sighted policy, the most obvious choice, and in my opinion, it is not going to be effective.

It certainly may serve as a means of raising awareness, but I don't believe that Russia's spirits export will suffer much. According to recent data, vodka is only the fifth of top five products exported to the U.S., where the first place safely belongs to frozen crabs.

As regards the Olympic Games, the idea of a boycott is good, but doesn't have much meat on its bones. The last large-scale move of similar character occurred in 1980, and the reason was the Soviet invasion in Afghanistan. 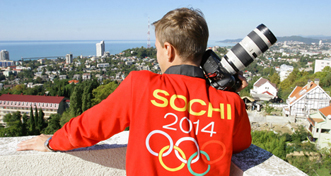 [Even though] the present oppression of gay rights in Russia is as wrong and in as great a discordance with the worldwide policy trend as possible, I don't believe that major nations will muster enough official support for a noticeable Olympic boycott.

In a way, if it happened, it would be presented in Russian propaganda as another example of a Western conspiracy against a country that is determined to call its own choices. Sadly, for too many Russian people, a boycott motivated by support for gay rights only would not look legitimate.

Those people have at least some knowledge about the widespread corruption and other grievances that have affected the inhabitants of Sochi and its suburbs by the hasty preparations for the Olympics, so they would hold some grudge against the West.

In their view, other nations could have boycotted the corruption and a wild array of other unlawful and unfair actions of Russian government against its people (both related and unrelated to the upcoming Games) as a whole, and not because of its ostracism of LGBT community, which to a lot of people here sadly remains a freakish fringe group.

I would approve the [Olympic] boycott after all the dreadful stories of greed, corruption, destruction of wildlife and scapegoating that I have read over the years that the preparation for the Olympics has taken.

However, I do not think that it is a reasonable means of showing support for the Russian LGBT community. I would fix the media campaign on the fact that the repulsive infringement of gay rights is just another – though especially prominent – form of repressive governmental encroachment (or shall I say stomping?) on the constitutional rights of Russian people.

Although in a way the boycott would be a gift to the Kremlin propaganda machine, I highly doubt that Putin had this in mind while he was orchestrating the selection of Sochi for 2014 Games.

It may become a part of a bigger confrontation between U.S. and Russia, because the two presidents increasingly disagree on a lot of issues, including missile treaties and the Syrian problem, and the biggest sign of this chronic lack of sync to date was the cancellation of a Putin-Obama summit [after the] St. Petersburg [G20 summit].

Stepan Serdyukov is an editor for Esquire Russia and a contributor to GQ Russia on foreign policy.