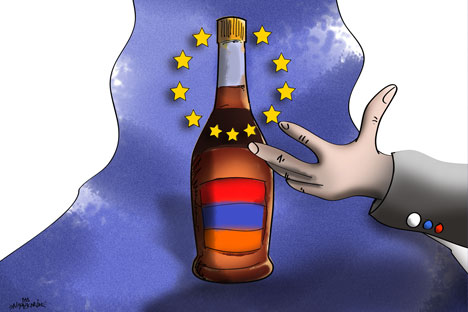 Putin’s visit to Baku appears to have ended the cooling with Azerbaijan observed in 2012. But what motivates the change of strategy?

Russian President Vladimir Putin paid a working visit to Baku on August 13 to conduct negotiations with his Azerbaijani counterpart Ilham Aliyev. During the course of these talks, questions concerning the regulation of Nagorno-Karabakh, the Caspian Sea legal regime and cooperation in the sphere of energy were discussed.

An agreement on cooperation and terms for oil supply was also signed by the State Oil Company of the Azerbaijan Republic (SOCAR) and Rosneft in the presence of the two presidents. The parties also agreed to the construction of a new automobile bridge across the Samur River, on the Russia-Azerbaijan border.

Opinion: The ‘big game’ in Central Asia is long over

Various reports, deeming this a new stage in the development of bilateral relations between the two countries, appeared in the media as a result of the visit. The two presidents emanated optimism and faith in the excellent prospects for cooperation between Moscow and Baku.

However, this trip’s significance falls outside the usual boundaries of foreign visits and official protocol. And its results are less unambiguous as they seem in the official reports. One should refer to the broader context for an accurate assessment of Putin’s visit.

The arrival in Baku occurred against the background of a definite cooling in Russian-Azerbaijani relations. In 2012, Moscow and Baku failed to find a mutually acceptable solution to the issues surrounding the lease of the Gabala Radar Station in Azerbaijan to Russia and, as a result, the Russian Federation ceased renting the facility, completing the construction of a new station in Krasnodar Region instead.

In May 2013 the Russian government made the decision to stop the transit of Azeri oil through the Baku-Novorossiysk pipeline and, although both sides invited not to politicize the situation, the move certainly did not strengthen any mutual understanding existing between the two countries.

Then, in August, the Azerbaijani tanker “Naphthalene” was held in Daghestan on suspicion of hauling contraband. Parallely, the Federal Lezgin National-Cultural Autonomy, a movement advocating cultural autonomy for the Lezgian ethnic group, announced that Lezgians were being detained by Azerbaijani authorities and discriminatory policies were being enforced against them.

Thus, one of Vladimir Putin’s main goals for his visit was to reverse the negative trends that became noticeable during the previous year. It is noteworthy that the issues surrounding the Gabala radar station lease were absent from the negotiations agenda, as it was announced prior to the Russian leader’s arrival in Baku.

It should also be stressed that relations between Russia and Armenia, Moscow’s strategic partner in the South Caucasus, are passing through an equally troubling period. Russia, which is actively promoting its integration projects, such as the Customs Union and the Eurasian Union, reacts with extreme jealousy to any of its close allies’ attempts to develop cooperation with Europe.

Armenia has not hidden his intention of signing the Association Agreement with the European Union in November.

Keeping this in mind, Putin’s Baku visit may be seen as a kind of signal to Yerevan: If you want to move away from us, watch us take a retaliatory action.

All the same, balancing between Armenia and Azerbaijan is of crucial importance to Russia. This is because, firstly, a “thaw” in the Nagorno-Karabakh conflict on the South Ossetian model would hardly be advantageous for Moscow.

In addition, Russia shares a chunk of border with Azerbaijan in Daghestan, while having the Gyumri military base deployed in Armenia. Similarly, Yerevan participates in the CSTO military-political union, which is militarily supported by Russia. Under these circumstances Moscow would not like for Azerbaijan to turn into a second Georgia, despite the many problems it has with the republic.

Finally, one should not discount internal political factors. Presidential elections are due in Azerbaijan in October 2013, and these will be the first after the adoption of constitutional amendments removing restrictions on the number of times one individual can run for president.

And, although the West understands the importance of Azerbaijan in terms of both strategy and energy and is not zealous with its democratic demands, Ilham Aliyev’s third term is viewed rather ambiguously by the West.

On the contrary, Russia is more concerned with the potential development of an “Arab scenario” in the region, and sees the current leader of the neighboring country as a pledge of stability and security in the Greater Caucasus.

In light of these factors, it is not possible to regard Vladimir Putin’s visit as a diplomatic breakthrough. Regardless of any steps taken towards Russia, Azerbaijan will not decline an energy partnership with the West ‒ the Baku-Tbilisi-Ceyhan and Baku-Tbilisi-Erzurum projects and the “Contract of the Century” remain on the agenda. Nor will it choose integrated projects led by Russia.

The same applies to Russia’s “about-face” from Armenia to Azerbaijan. One can only speak of it in such terms if succumbing to emotions. Diplomatic pressure is one thing, but destroying the status quo and risking to lose an important ally is another – and this does not serve the interests of the Russian Federation today.

Thus, the essence of the current relations is aimed at a pragmatization of the relations. The accent is not on dividing or unifying, but rather breaking (or at least suspending) a negative trend.

Sergey Markedonov is a visiting fellow at the Center for Strategic and International Studies in Washington, D.C.