What the Sochi Olympics mean to Russia 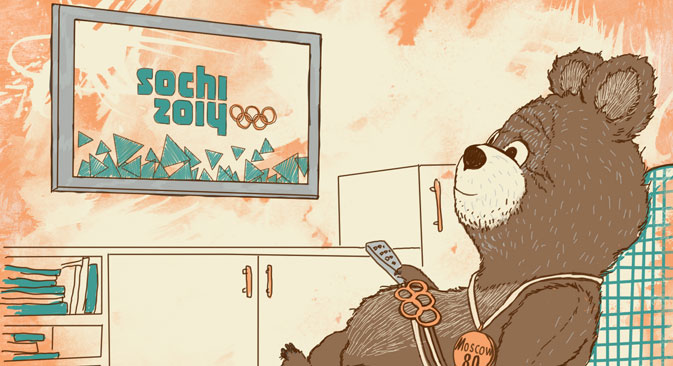 The Sochi Olympics are a “prestige project” and a symbol of “Russia’s rise” – those are the alliterative buzz-phrases you’ll find in articles everywhere. But what does this Olympic prestige mean for Russians? 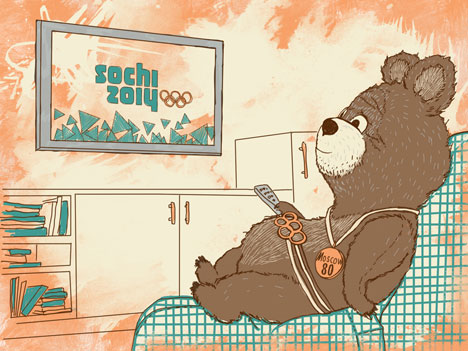 The most obvious cultural link is to the 1980 Moscow Olympics, the pinnacle of Soviet sporting prowess. Footage from 1980 has been common for a while on state-run TV in Russia, making an explicit link between Moscow and Sochi. That seems to extend to mascots – Misha the bear from 1980 has been enjoying a revival on TV and on T-shirts, and it may not be coincidence that he strongly resembles Bely Mishka, one of a trio of Sochi mascots.

For many in the older generation, Sochi revives a moment of pride from their youth in the Soviet Union, but it doesn’t resonate much for the under-25s, who have only ever had a Russian identity, not a Soviet one. The older generation includes the Russian elite, who remember the positive propaganda impact of the 1980 Games. Of course, the aim then was to show the superiority of the new socialist man, an idea which now seems rather quaint.

Every Olympic host nation is desperate to win medals in front of its home crowd. But in Russia, sporting success feeds into the country’s culture and politics in a particular way. If there’s one concept that defines the Putin era, it’s the idea of the power vertical – the centralisation and concentration of influence.

Russian sport is the power vertical in its purest form. Athletes are beholden to their coaches, who exercise wide-ranging power, even cutting their charges off from contact with their families for weeks before competitions. Coaches are controlled by the national sports federations, who must meet the Sports Ministry’s medal targets, in effect a form of production quota.

INFOGRAPHICS: Going to the Games?

To an extent, it works. Russian fans approach each Olympics with a swagger born of familiarity. Whereas many Britons would feel a sense of unease at winning every Olympic medal in an event for years on end, Russia’s 12-year dominance of synchronised swimming and rhythmic gymnastics is a surprisingly large source of national pride.

One area where Sochi has already changed Russian culture is with the volunteering programme. In a scheme modelled on London 2012’s “Games Makers”, Olympic organisers have recruited 28,000 volunteers from more than 200,000 applicants nationwide.

I have met many of these volunteers at practice events and found them a helpful, charming and diverse group. They’re redefining volunteering in Russia away from the tarnished Soviet idea of so-called community work enforced under threat of damage to your career prospects.

The Sochi Olympics mean a lot to Russians, and one thing is already clear: the Winter Games are not just a display of “Russia’s rise” to foreigners, but a force shaping the country’s idea of itself.

What's your opinion on the Sochi Olympics? Leave your comment below!