Between regulation and the free market 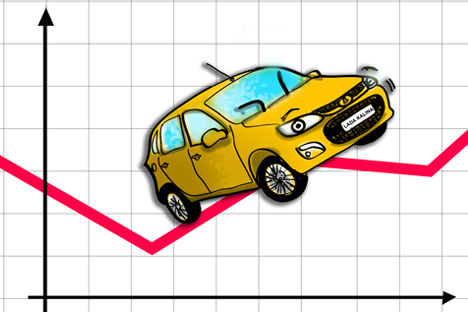 In Russia, the era of Soviet command economy is over, but state policies still create an important backdrop to economic activity.

Russia no longer has the command economy of the Soviet-era but equally has not yet evolved into the open and entrepreneurial style which is typical of a developed nation. State policies still create an important backdrop to economic activity, determines the course of industrial development and directly impacts on company profitability.

For some, so-called strategic industrial sectors, the state is the key determinant of how these sectors will grow and how profitable they will be for investors and businesses.

In almost every country there are industries which are highly regulated because they are deemed critical to the well-being of the economy and the population. Power and gas utilities in Russia are in this category and the state exclusively determines the tariff rates and competition issues.

Russian automakers made to comply with WTO rules

This year, as one of the key priorities is to cut annual inflation to below 5 percent, the government is holding back both electricity and gas tariff increases. This directly impacts on profitability, on investment return and on capex spending plans in the sector. This tight control is unlikely to change for the foreseeable future.

The state has also determined a list of industries which it deems strategic for the future development of the economy. This question was clarified during the 2008-09 recession and as part of the country’s accession terms into the World Trade Organisation.

The government made clear which industries it both wants to protect from external competition and provide financial and policy support as it tries to nurture growth. The auto sector was a prime example in mid-2009 as the state helped create several joint-ventures between domestic and foreign manufacturers, provided direct financial aid to those JVs and indirectly helped boost end-consumer demand via subsidies and cheap credit.

The auto sector has been booming ever since and Russia now boasts the 2nd largest vehicle market in Europe. Similar direct and indirect state supports are currently being made available or planned for the agriculture, food manufacturing, pharmaceutical, shipbuilding and technology sectors. These are amongst the industries deemed very important for the country’s economic security and future development.

Will Lada's joint venture with Renault-Nissan save Russia's car industry?

Togliatti: A city shaped by cars, mountains and Italian Communist

The state also has a strong indirect role in industries dominated by the state owned or controlled enterprises. Oil production, transport, fixed-line telecoms and financial services are in that category. Here the big state companies call the shots in terms of pricing and operational conditions.

In turn, the state, via board control or a regulatory framework, sets the main operating goals and parameters for the companies which it controls. Any other company entering these industries, more often than not, must adapt to the conditions set down by the state controlled enterprises or, as has been the case in the energy sector seek a close working relationship with the dominant state enterprise.

Indirectly the state also has a huge role to play in setting the growth conditions across the broader economy. To some extent this is no different to that seen in most major economies as government’s regularly set targets for inflation and other fiscal and monetary goals.

The government itself has a direct influence via its budget spending and tax policies while the independent state agencies, such as the Central Bank, aims to deliver on state monetary policies via its role in setting interest rates and in currency management. This is how government work across the world.

In emerging economies there is no doubt that there is a closer relationship between the government and the independent agencies such as the Central Bank. The government gives tighter guidelines and more obvious guidance than is usual in developed economies.

This is normal as developing economies need more policy intervention. In Russia today we see that the main priority of the government is to maintain both fiscal and monetary stability against a perceived backdrop of external uncertainty and contagion risk.

That means the currency is being closely managed and interest rates remain high as inflation is slowly pushed down to below 6 percent by the end of this year. For businesses that means they have a relatively stable but low growth environment and a high cost of borrowing.

Next year, assuming the perception of global risk is less and the trade outlook more robust, the government is expected to relax its guidance for tight monetary stance and, instead, push for lower interest rates.

Budget spending is set to rise 4 percent in 2014 and by 10 percent in 2015 and here also we may see more incentives to boost investment and entrepreneurial activity. But it will be the government’s choice as to when that change takes place, i.e. when it feels comfortable to allow greater fiscal, monetary and budget risk. Not before.

Chris Weafer is a Founder and Senior Partner at Macro Advisory, a consultancy for foreign investors in Russia. He has also worked as Senior Investment Manager at one of the world's largest sovereign wealth funds in Abu Dhabi and chief strategist at Sberbank-CIB, the largest bank in Eastern Europe.