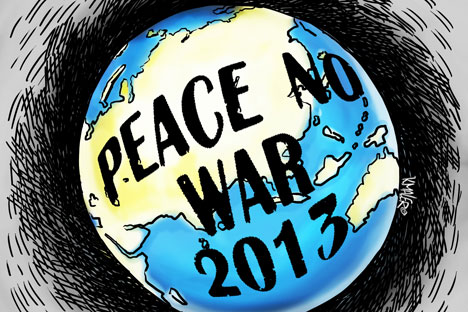 The end of U.S. dominance on the global scene means that countries will once again have to rely on conversation and negotiation to resolve foreign policy issues. 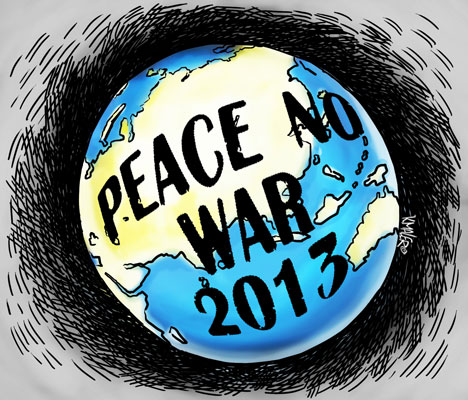 The year 2013 may well go down in the history of world politics. Its tumultuous and chaotic events once again brought to the fore the need for negotiations, mutually beneficial solutions, and scenarios that would suit all parties.

It would appear that these are all the indispensable fundamentals of diplomacy. However, diplomats seem to have gone without them for the past couple of decades. The end of the Cold War left the world without a structural balance of powers to force the opponents to appreciate each other's interests.

For a long time afterwards, the winner in the great standout could do pretty much what it wanted, without any regard for the rest of the world. 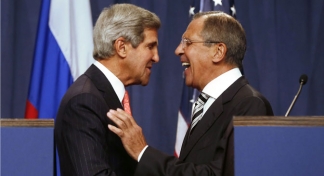 All the more so as the Cold War had ended peacefully, through voluntary self-elimination of the opponent rather than in the battlefield. This gave the victor a feeling of being morally and ideologically superior, as demonstrated by its subsequent approaches to local conflicts in various parts of the world.

Previously, outsiders with vested interests in one of the conflicting sides would usually step in as referees and mediators, forcing the opponents in local brawls to compromise. It all changed in the 1990s, when the world's leading powers began to define who was right and who was wrong in foreign wars.

The right party would receive active support in the form of political backing and surgical strikes on its opponent, as in in Bosina, or by direct armed intervention aimed at toppling the incumbent regime, such as in Libya.

Consequently, diplomatic talks - this crucial component of any peaceful settlement - stopped being about seeking compromises and entirely focused on negotiating the conditions of the bad guys' capitulation.

September 2013 saw an end of this model. The United States failed to carry through with its previously announced plans to strike on Syria.

There are several reasons for this, but the primary explanation lies in the structural changes that have occurred. Gone are the times when the U.S. and its allies had an overwhelming and indisputable say in international affairs. Their clout is dissipating, partially due to the domestic complications in America and Europe, partially because of China's growing influence and the revival of Russia's political faculties, and partially thanks to medium-size players like Turkey, Brazil, Iran, and Indonesia increasingly gaining political weight.

Moscow wants inter-Syrian agreements to be stipulated in UN resolution

The global system is yearning for a restoration of the erstwhile balance, and time-tested diplomatic methods are once again in vogue. The most crucial such method implies fastidious, open-ended diplomacy that would cater to everyone's interests and encourage professional bargaining.

The Syrian drama is far from over; it is still unclear how the agreement on the destruction of Damascus' chemical weapons can be converted into a political settlement. But the fall and winter of 2013 demonstrated that, wherever there is a will to solve a problem, a fitting way won't be long in coming, no matter how many technical and political obstacles will have to be overcome in the process. In spite of the universal skepticism voiced by experts back in September as to the viability of Russia's plan for Syria, the plan is being implemented as you read this.

There were other important events of the outgoing year to prove that change was afoot – or to call for change. It suddenly transpired, for example, that what appeared to be a hopeless clinch over Iran's nuclear problem was in fact a situation yielding to a peaceful resolution.

Arguably, that resolution secured nothing more than a breathing space, but this is already progress in its own right: all the previous developments had appeared to be leading straight towards an all-out confrontation.

Another manifestation of the new trend was the amnesty for former Yukos head Mikhail Khodorkovsky, which became possible thanks to the behind-the-scenes efforts of German diplomacy.

Opinion: Why the Kremlin released Khodorkovsky

Leaving the factual side of Khodorkovsky's case aside, it should be noted that the finale of his affair came only after the sides switched from ultimatums and harsh public speeches to secret diplomatic talks, which ended in a scenario that would suit all the major players in this conflict.

The Ukrainian affair, for its part, is an example of proof by contradiction. Here, the excitement of rivalry and the desire to gain the coveted prize at all costs were chosen over attempts to find a universally acceptable compromise.

The Battle of Kiev between Russia and the European Union once again demonstrated its utter senselessness. Ukraine is organically incapable of choosing its geopolitical orientation; the country's development is only possible if its powerful neighbors talk to each other.

Otherwise, Kiev will keep on running in circles, attempting to grab as much as it can from both sides. Now that the passions seem to have subsided, it is possible that Moscow's proposal to hold trilateral talks for discussing Ukraine's current problems will finally be accepted next year.

It is utterly pointless to try to look at least a year ahead. We assume, however, that the trend described above will persist.

Fyudor Lukyanov is chairman of presidium of the Russian Council for Foreign and Defense Policy.