New beginnings in Sochi when the party is over 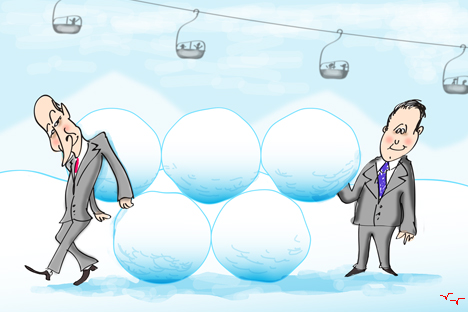 Senior Russian diplomat Alexander Yakovenko ponders over how the Olympics will affect international diplomacy and tackles some of the misunderstandings surrounding the Games.

In little more than a week, the Winter Olympic Games start in Sochi, but the prospects after this landmark event are visible now. I am talking about the development of the region and the increased attractiveness of Russia for foreign investors.

A successful Games, organised on the principles of sustainable development, will leave a rich legacy. This legacy means positive changes in social, economic and environmental areas after the Games.

Construction of all Olympic venues in Sochi is successfully accomplished. The Olympic legacy today is more than 400 building projects, 140 of which will be owned by the city. During the preparation for Sochi 2014, more than 220 miles of roads and 125 miles of railways, and more than 100 bridges and 22 tunnels were built in the region. Many innovative approaches are applied in Sochi: the city is the first in Russia to introduce the “zero waste” principle. Both municipal landfills are closed and all waste is removed outside the resort.

Direct investment for the specific preparation of the Olympic Games in Sochi comes to approximately £4bn; the overall cost for getting the Sochi area into shape for the Games is £30bn.

British Prime Minister David Cameron was able to see in person the progress made in Sochi, when he visited the city in May 2013 and met President Vladimir Putin.

As practice shows, the economic impact of the Games becomes feasible only after three to five years, but if foreign investors want to take advantage of this huge opportunity they should act now. In other words, the warm subtropical Sochi climate could turn into a good investment climate.

Russia demonstrates the intention to increase the pace of co-operation with foreign companies and already has all the necessary conditions for that. Tourist agencies now offer excellent travel packages to Krasnodar – the region in which Sochi is located. Those who have never been to Russia, and shape their views on the basis of newspaper and television reports, or even rumour, should take this opportunity to see the country for themselves.

For example, the largely critical reaction of some western countries to the new Russian legislation banning promotion of non-traditional sexual relations among minors is largely caused by the lack of understanding of the details of this law. Simply put, it is not a prohibition of non-traditional relationships in Russia, but a guarantee that they will not influence the younger generation, which has the right to make their own choice.

In this regard, the fears expressed by many people that gay Olympic athletes will be in danger upon arrival in Russia have no basis whatsoever.

When Sochi was chosen as an Olympic host, it became part of a brand which draws on the recognition, success and reliability afforded to previous Olympic cities. This brand is a guarantee of worldwide recognition for investors.

Summing up, we emphasise that now is the best time for foreign companies intending to launch new business projects or to increase their presence in Russia. Many Russian regions are ready to provide favourable conditions for investors.

The 2014 Winter Olympics in Sochi will begin in a week, but the competition for promising new projects in Russia has already begun. And the results of these “games” will benefit more people by far.