Black Volgas and the NSA

George  Feifer
special to RBTH
Thank you, Edward Snowden, for telling us how badly reform is needed. It would have been impossible without the knowledge you gave us.

If Edward Snowden ever returns to America, he should be sentenced to two months’ probation for revealing intelligence sources and violating other laws – and awarded the Presidential Medal of Freedom, America’s highest civilian citation. He deserves that honor because the other freedoms are too easily quashed without freedom of speech. However, the blessings of free speech are drastically diminished when the vast majority has no idea what it’s talking about. How can they know about zealously guarded secrets?

A relative handful of officials claim they’re keeping Americans ignorant about vital matters for the sake of the imperiled country. However, there’s much reason to suspect they’re as wrong about that as were the previous American president and his advisors who, operating similarly, plunged us into our disastrous war in Iraq. Snowden’s concerns about the National Security Agency’s ever-expanding exertions recall those of John Adams about never trusting power without checks. The jaws of power, cautioned the Founding Father and successor to George Washington, “are always open to devour. Her arm is always stretched out, if possible, to destroy the freedom of thinking, speaking, and writing.”
That warning is timelier than ever. 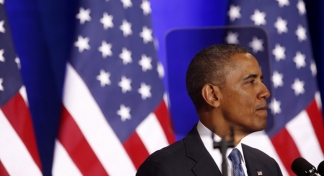 Of course the United States is far from alone in demonstrating the damage of unchecked power. You needn’t remember much history to know how often it has produced catastrophe.

I lived in Moscow as an exchange student and journalist during some of the tensest Cold War years. A sullen man driven around in a black Volga was the bane of most of them. Maybe the bully had helped keep watch on me before I complained to the editor-in-chief of “Molodoi Kommunist” – the journal Young Communist – that an article he’d published about me was full of baloney, to use the gentlest possible word about its innuendo and lies about my supposedly anti-Soviet activities. (It was also stupid inasmuch as I wrote more positively about Russia and Russians than the proverbial 99 percent of Americans then.) The editor invited me to talk it over at lunch with his staff, and not to give anything away about KGB methods, my tormentor posed as one of them. It was only after he’d begun his awkward attempts to recruit me that I realized what his real work was. By that time, we were meeting alone, often in a private room of the Aragvi restaurant, where it was common knowledge that our conversations were being recorded.

During one of them, he scoffed at my insistence that no Washington agency could know about my last trip to Moscow because I’d flown in from London and mentioned it to no one. “Impossible,” he scoffed. “Don’t be so American naïve.”
I assured myself that if I was naïve, he was hopelessly indoctrinated. Or stuck in the widespread Russian belief that all governments acted as badly as theirs, with its suspicions and open or hidden surveillance. Now I’m not so sure about what Washington did or didn’t know. Nor whether it isn’t paranoid.

Much later, a free-spirited Moscow artist and I were trying to imagine what people 50 years hence would know about us that we’d never learn. “I’ll bet the better histories being written then will reveal lots of government dirty tricks we never heard of,” my friend suggested in his studio-cum-nightclub. “Not only for the continued spying on us but also much more invasive kinds on your noble citizens than our shepherds with their inferior equipment will maintain on ours. Naturally, it will be in the name of America’s national security. People turned on by power don’t trust other people to applaud them for having it.”

I asked who’d said that.

“John Adams? Anyway, one of your presidents.” He added that power liked to think it had a soul.
That conversation took place 20 years ago, shortly after the Soviet collapse. Now I’m more than ever sure about the wisdom of his political instincts and ever less so about whether The Land of the Free still deserves that name.
I hope no one imagines I’m trying to equate the U.S. with the Soviet Union. What I am suggesting is that our government’s increasingly intense surveillance and justification for it more and more resemble practices of the U.S.S.R. about which we cried to the skies during its last decades. Yes the United States has enemies. Yes they’re dangerous – but less so than the U.S. government’s newfound passion for control and lying.

We’re losing other ways too – losing very heavily. Remember when a good share of western progressives and intellectuals saw the Soviet Union as the hope for the future? The crash of the more venerable view of the United States as a model for aspiring people hasn’t been nearly as hard or full. Maybe America can’t yet be called another God that failed. But that’s the direction in which our country is moving: more and more sharply downward.

Without Snowden, we wouldn’t even have known what is being done in our name – which everyone now agrees must be discussed. His information did more than anything previously to make western Europeans disgusted with us. It is alienating – even angering – our allies and undercutting our influence. Worst of all, it’s turning us, the people supposedly being served, from trusted citizens toward suspects who need watching. Snowden bears no responsibility for that. The blame lies with our stunning surveillance that was certain to be exposed sooner or later.

All life being risky, we must be willing to take some risks of enemy vengeance if we want to preserve our major differences from Soviet rule. Yes too, finding the right balance between protection and freedom of information is supremely difficult. But belief that it should be done in secret, without the benefit of enlightened discussion, is powerful hubris. As usual, the tiny likelihood of having all-wise leaders greatly contributes to grievous mistakes: ours, for now. Worst is the NSA’s indiscriminate, unrestrained bugging of everyone, down to our supposedly best friends. During the Cold War, we manufactured 72,000 nuclear weapons although maybe seven would have been used in the most hideous possible nightmare. Our agencies embrace of massive excess continues.

Even if our closest allies who call our current practices “totally unacceptable” are hiding some spying on us, even if Russia joins them in that, we mustn’t become our government’s sheep. Thank you, Edward Snowden, for telling us how badly reform is needed. It would have been impossible without the knowledge you gave us.

George Feifer is the author of many acclaimed books, including “Moscow Farewell” and “The Girl from Petrovka.”