What kind of relationship does Russia want with America? 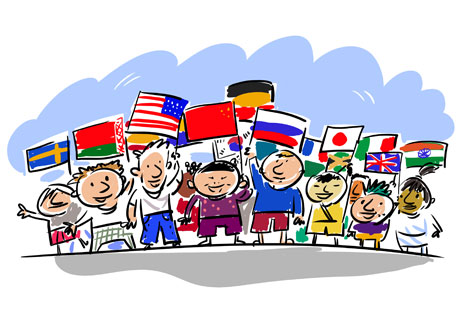 Moscow, it seems, doesn't plan on abandoning its cooperation with Washington in areas where the interests of the countries do not contradict each other. But it will not give in where interests diverge.

Western politicians now understand that, for the first time, Russia has decided to act as it sees fit, leaving no space for compromise with Europe or the United States, because Ukraine is so important to Moscow that it is in no mood for formalities.

The West is not used to this, so it is trying to force Russia to return to the behavioral model that it adhered to for so long. Russia responds by reminding everyone, in case they forgot, how much is at stake here.

They are still capable of turning America into “radioactive dust,” in the recent words of controversial Russian TV anchor Dmitry Kiselyov. This all makes for an unpleasant atmosphere, but better to have a war of words than war of a different kind.

In any case, passions will subside, and it will be time to get back to work. What can we expect in U.S. relations? And what do we actually need?

During Soviet times, the United States was the main focus of the Kremlin. And understandably so, since world politics, in fact, all boiled down to this bipolar confrontation. After the Cold War, it was believed that confrontation was over, and that it would be replaced by a strategic partnership.

What this concept meant was not entirely clear, as it was being applied to all countries with abandon. In fact, the psychological confrontation had not dissipated, and the asymmetry in forces and capabilities, the lack of balance, only deepened the overwhelming sense of mutual dissatisfaction.

In Russia, it was thought for quite a long time that pursuing normal relations with the United States was valuable in and of itself, and not for any particular reason - in theory, anyway. America is the most powerful and advanced country in the world, it has the most influence and resources.

In practice, Russia never learned to use these resources for its own gain, though it is not clear that this was ever a realistic possibility anyway. In any case, the United States was not prepared to work together as equals, and Russia clearly was never eager to acknowledge the supremacy of America.

Now we can forget any talk of a strategic partnership. Does this mean that we are moving toward a level of general confrontation? Hardly.

Russia is not the Soviet Union. It makes no claims on either world domination or ideological dominance. Moscow is drawing a line around what it considers vital (including Ukraine, certainly), and its actions there will be non-negotiable.

A new era for Russian diplomacy

But its goal in the international arena is not to simply oppose the U.S. However, this may be the way that Russia reminds others about the line. In everything else, Moscow is not going to turn into an automatic opponent of America.

It is noteworthy that against the background of the very emotional debate over Ukraine, chemical weapons are still being removed from Syria on schedule, and the Kremlin has not changed its position on settling the Syrian situation politically, or on nuclear talks with Iran.

It is especially worth noting that Russia is not questioning its agreement with NATO to allow cargo to be transported from Afghanistan via Ulyanovsk. And this is even in light of the quite unfriendly statements being made by both the military and political leadership of the alliance.

Russia, it seems, doesn't plan on abandoning its cooperation with the United States in areas where the interests of the countries do not contradict each other. But it will not give in where interests diverge.

This model is quite natural for relations between two major powers that are not allies, especially in today's multi-layered world, where there aren't any simple oppositions or linear dependencies anymore.

In which areas do our interests converge? There is the Arctic, where, contrary to emotions that are often blown out of proportion, Russian and American interests are not so far apart. There is the issue of nuclear non-proliferation, in which Moscow and Washington, whether they like it or not, remain the main players and carry the primary responsibility. The topic of terrorism has been exhausted, mostly it has just been talk, but objectively there are still some points where our interests converge.

But the most important thing is this. If Russia and the West divorce, which is likely based on recent events, it will force Moscow to turn to the east even quicker, [a strategy] which has already been announced at high levels. This in and of itself is the right thing to do, and has even come too late.

We can't keep looking at the world through European glasses when the main stage has moved to Asia. However, there they have their own politics, and Russia is hardly the strongest player.

China sees its place in the world and the capabilities of the other partners as a triangle of superpowers: China – U.S. - Russia. The strength of each point of the triangle depends on the relationship with the other two points. And the angle that loses touch with any of the other two, is, as China sees it, weaker, as well as more dependent on the other corner. In this sense, Moscow needs to keep Washington as a way to maintain equilibrium with Beijing and to increase its interest.