Sputnik goes for the basics 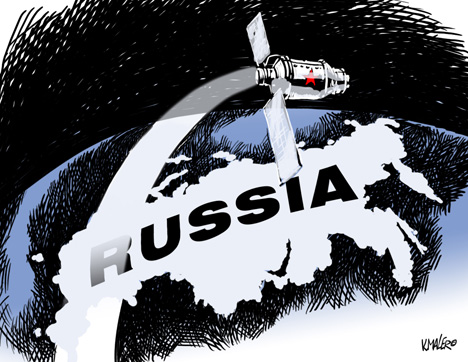 Russia's latest search engine hopes to appeal to those who see the Internet as a tool to make life easier.

The search engine Sputnik (sputnik.ru), which was officially launched in May at the St. Petersburg International Economic Forum, is the third public search engine created by Russian programmers.

Developed by KM Media, a subsidiary of state-owned telecommunications firm Rostelecom, Sputnik has been called an attempt to create a state-controlled search engine to compete with dominant web search firm Yandex, whose influence on the Russian media landscape has been monitored by the government since 2008.

Yandex, which dominates search on the Russian segment of the Internet, sees itself as a web company competing with Google and not a media holding. It has argued that it should not be subject to government monitoring since only its homepage, Yandex.ru, has any media influence and that the stories that link from the page are only news stories, not analytical or opinion texts.

However, given the influence Russian government officials believe that firms such as Yandex have over Russian citizens, it should come as no surprise that the government wants control over a search engine.

Dmitry Medvedev was the first advocate of a national search engine. Medvedev, who was known for his Internet-savvy and use of Twitter, made the suggestion in 2011, while he was still president. Medvedev, who is now prime minister, considered the creation of a search engine a point of pride for the government and a sign that it was interested in developing IT in Russia.

Today the creators of Sputnik.ru are trying to distance themselves from the state, but they still emphasize that an important part of their project is to help citizens interact with government institutions as well as private in taking care of such matters as receiving government documents, paying utilities, registering cars and real estate and purchasing train and airline tickets.

According to one of Sputnik’s creators, Alexei Basov, the project is aimed at those who have only recently gotten access to the Internet, or who use it very rarely. Basov notes that Rostelecom can help in this process because it is one of Russia’s biggest developers of Internet infrastructure.

Older people may not want to send their friends pictures of their dacha gardens on Snapchat, but they may be interested in using the web to learn more about growing techniques, what kind of plants are best for the local climate, as well as weather predictions.

They might also welcome the ability to use the Internet to pay their electric bills or register their vehicles. Because of Sputnik’s association with the government, users who want to take advantage of these services can be assured that the site is up-to-date on the latest regulations and all the instructions are in accordance with the most recent legislation.

These potential users do not need to be attracted with the latest technology out there. They are not looking for a search engine with a “wow effect.” They use the Internet not to kill time, but to conduct business that can be done offline more efficiently.

Strange as it may seem to those who get most of their news from their Twitter feeds, there are people – and not only seniors – who use the Internet only as a tool, and not a world they need to explore. Sputnik is for them. The search engine emphasizes security and users can choose the level of security that works for them. It is impossible to turn off the “safe search” function completely.

The search engine also has options that make is accessible for people with disabilities – particularly those with visual impairments. Making the Internet more accessible was a priority for Sputnik’s creators because the state has an obligation to improve life for Russians with disabilities.

Most Internet firms focus on what they can add on to their platforms or services to attract new users. However, it is becoming more and more clear that there is a market for online services that are simple and efficient as well as for those that do not save user preferences or personal information for security concerns.

Sputnik is part of this new trend. In Russia, Yandex's slogan is "You'll find everything." But it seems that there is also a market for a search engine whose catchphrase could be “You’ll find only what you need.”

Yuri Sinodov is a Russian journalist and the creator of the site Roem.ru, which monitors events related to Internet business in Russia.