The Caucasus remains a volatile region 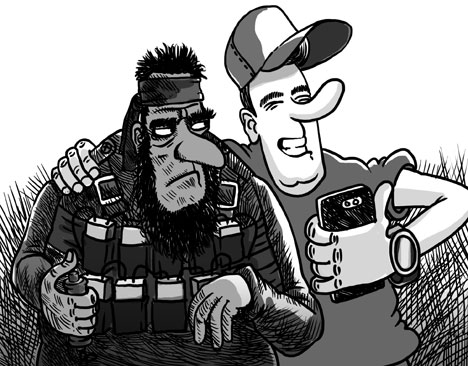 Although Russia's North Caucasus no longer occupies much public attention in the wake of the Ukraine crisis, the restive region should not be ignored.

Six months ago, the threat of terrorism in the North Caucasus was the dominant theme in any international media coverage of Russia. On the eve of the Sochi Winter Olympics, conferences and roundtables devoted to Caucasus policy followed one after another.

The gravity of the situation was magnified as leaders of the radical Islamic underground promised to disrupt the event by carrying out major attacks. Explosions at the railway station and on a bus in Volgograd rocked the world.

Despite the threats and the hype, from the perspective of safety, Russia’s biggest sporting event in years was flawless. Moreover, preparation for the Games demonstrated that even opponents and partners who often disagree can come together when there is a need.

Not only did the United States and the United Kingdom demonstrate a willingness to cooperate with Russia on anti-terrorism efforts, so did Georgia, which as recently as 2012, during the presidency of Mikhail Saakashvili, had used turbulence in the North Caucasus to advance its agenda.

In April 2014, Doku Umarov, the leader of the Caucasus Emirate terrorist organization who spoke for the North Caucasus jihad and had threatened widespread terror at the Games, was killed.

Soon after the Olympics, however, the rapid evolution of the Ukrainian crisis, changes in the status of the Crimea and armed conflict in eastern Ukraine pushed the North Caucasus from the forefront of international audiences and politicians.

Fifteen years ago, in August 1999, Shamil Basayev and Ibn al-Khattab conducted a raid on Dagestan. Groups under these influential commanders took control of the largest North Caucasus republics, all strategically important for Russia. Vladimir Putin, with his tough and uncompromising stance toward the militants, became prime minister and successor to Boris Yeltsin on Aug. 9, 1999.

On the eve of his first presidential election, Putin said: “My historic mission — this sounds pathetic, but it’s true — is to resolve the situation in the North Caucasus.” Today, 15 years later, has this goal been accomplished? Or is it Russia’s Achilles heel?

There is no simple answer. On the one hand, fundamental changes have been made in Chechnya, which was the region’s main troublemaker in the 1990s. Today, under the leadership of Ramzan Kadyrov, who became the republic’s president following his father’s assassination, this region has become an important symbol for Putin. After taking over the region — first as prime minister and later as president — Kadyrov put political stability first.

10 years after the Beslan attacks

Separatists were either killed, exiled, or rehabilitated and placed in the republic’s administration. The Chechen president has positioned himself not just as loyal to the Kremlin and a “foot soldier for Putin,” as he put it, but as a consistent defender of Russian foreign policy interests.

Kadyrov has explained these motives in speeches on Georgia, Ukraine and the Middle East. Vladimir Rudakov, deputy editor of Profil magazine, said: “Kadyrov’s Chechnya isn’t Switzerland, of course. Yet it’s always better to compare with what actually was than what you would like it to be. After all, politics is the art of the possible.”

However, these assessments should not paint a blissful or simplified picture of the situation. The “pacification” of Chechnya has been made possible by delegating substantial authority to regional authorities and establishing a special status for the ruling elite. And when the militants were squeezed out of Chechnya, they moved into the neighboring republics of Dagestan, Ingushetia and Kabardino-Balkaria, where violence has continued in recent years.

Additionally, the defeat of the Chechen separatists popularized political Islam, including the radical form of the faith. In the platforms and statements of the North Caucasus jihadists, discourse on secular separatism has been almost entirely supplanted by the idea of a struggle for the purity of faith and solidarity with brothers in the Middle East, North Africa and Afghanistan.

Since 2012, the number of victims of armed violence in the North Caucasus has fallen by 239, or by 19.5 percent. In the 15 years that have passed since the events in Dagestan, infamous radical leaders such as Shamil Basayev, Doku Umarov and Said Buryat have been eliminated.

Yet in order to minimize the terrorist threat, little has been done to liquidate the known figures of the Caucasus underground. Any religious idea can be blocked by another religious idea. Therefore, we need an alternative to radicalism — broader programs and projects related to soft power, as in secular values and milder forms of religious revival.

Add to this the critical level of declining North Caucasian participation in many state programs (notably Russia’s policy of mandatory military service for young men, which should, theoretically, unify the country) and the federal center’s promotion of the managerial isolation of the Caucasian republics, as well as the reluctance to delve deeply into developments in the region.

Without first overcoming these problems, there will be no real meaning to the idea of a “multinational Russian Federation,” and the North Caucasus will not be a full-fledged part of Russia.

Sergei Markedonov is an associate professor of foreign area studies and foreign policy at the Russian State University for the Humanities.