Russian Ambassador to the UK: We need a credible investigation into MH17 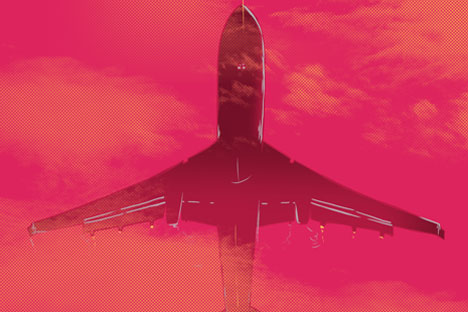 Alexander Yakovenko says that a full review of the data from the Boeing's black box and the results of international investigations are crucial for maintaining order in the world and establishing a permanent ceasefire in eastern Ukraine.

The investigation into the crash of Malaysian Airlines flight MH17 raises serious questions. The preliminary report conducted by Dutch experts under the agreement with Ukraine can hardly be considered truly comprehensive, thorough, independent and international. It does not shed light on the causes of the tragedy, nor does it contain convincing data about the details. It does not address our concerns and raises new questions to add to those already asked by the Russian defence ministry. Full transcripts of air traffic control communications have not been published, there has been no follow-up to reports of another aircraft seen at the time of the crash, and Ukraine has shown no willingness to share full data on the deployment of its anti-aircraft systems.

Surprisingly, the world’s media, including the British press, have virtually forgotten the issue, though most of those who died were Western nationals. It is in the interest of all to find and bring to justice those responsible through a comprehensive, independent and international investigation, as required by UN Security Council resolution 2166. There is reason to believe that the real purpose of the investigation is not to determine the cause but to make a case that puts all the blame on Russia, clearing the way for more sanctions. The delays in preparation and publication of the preliminary report point to a deliberate procrastination and soft-pedalling of the investigation process.

It is also disappointing that the International Civil Aviation Organisation (ICAO) has adopted a passive position in relation to the investigation. A growing number of doubts arise as to the compliance by the investigation with the organisation’s norms and standards. It is regrettable that the ICAO might be subject to outside political pressure. The initiative to convene a “task force of international experts” under the auspices of the ICAO to assess risks for civil aviation in conflict areas, rather than focusing on establishing the truth in this particular case, seems to be another attempt to impose a biased and politicised version of the crash on the international community.

Russia insists that strict adherence to UN Security Council resolution 2166 is the only route to a comprehensive, thorough and independent investigation of the crash. This resolution contains a list of problems that have to be solved in order to allow for a proper investigation. They include the cessation of violence as a basic condition, the preservation of the crash site, the provision of unhindered access to it and the role of the ICAO in ensuring that the investigation meets international standards.

A detailed report by the UN secretary general on each of these matters should be submitted to the UN Security Council according to paragraph 13 of the resolution with a view to taking additional measures to promote an international investigation. We believe that it is highly important to enhance the role of the UN if the investigation process is to be credible. In this context it is worth looking at the possibility of appointing a UN special envoy for the MH17 inquiry and sending a mission to the crash site in collaboration with the Organisation for Security and Co-operation in Europe, ICAO and other relevant bodies.

It is important to remember that this tragedy took place against the background of an attempt at a military solution to the Ukrainian crisis. That is why it is incumbent upon the parties to the conflict to transform the current ceasefire into a permanent one and set up a peaceful negotiation process on the basis of the Geneva statement of April 17 and the Berlin Declaration of July 2.