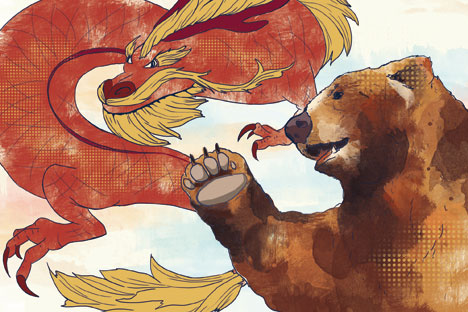 For gas to compete as an energy source on the international stage, a more unified market system is needed.

Despite how well gas markets function in Europe and the United States, the world is far from forming a unified gas market. Sustained price imbalances among key consumers — countries in Europe, North America and the Asia-Pacific region — are evidence of the great potential that a united gas market would offer for more efficient supplies of gas worldwide.

However, gas prices have yet to show any signs of converging. At the end of the summer, the price of natural gas at the U.S.’s Henry Hub in Louisiana cost approximately $150 per 1,000 cubic meters (some 35,000 cubic feet), while on European wholesale markets it ranged between $250 and $400, depending on the type of contract. Meanwhile, liquefied natural gas (LNG) has been selling for $600-$700 per 1,000 cubic meter in Japan since the Fukushima disaster.

Persistently diverging gas prices over the past four years indicate a paradoxical deglobalization of gas markets. Initially, this happened because of limited progress on the LNG market. This market has stagnated in recent years, in part because of insufficiently developed infrastructure.

For traditional gas supplies, the markets are hamstrung by a lack of a pipeline connection between Europe and Asia. Russia is now working on the construction of a pipeline to China, the Power of Siberia, but there are no plans for a pipeline that would stretch all the way from Europe to Asia.

Outside of Russia, Turkmenistan theoretically has the capability of exporting gas to both China and Europe. The country has the world’s sixth-largest natural gas reserves, but currently its exports are dominated by China.

Turkmenistan’s gas supplies to Europe are limited because of insufficient production and infrastructural problems in the country itself.

Yet divided regional markets create additional risks and losses for the gas industry as a whole, especially to the players who do not have the ability to switch to other markets in case they are shut out of one.

Gazprom proposes to pay for gas transit with Ukrainian debt

Large-scale gas supplies to China, such as those covered by Gazprom’s recent $400 billion, 30-year contract with the Chinese National Petroleum Company, will make it possible to partially overcome this situation and to usher in strong new links between European and Asian markets.

This contract, which was signed during a visit by Russian President Vladimir Putin in May, opens up possibilities and gives impetus to expand gas transport infrastructure and gas production in Russia’s eastern regions. Such a move would not only entail building pipelines, but also developing new fields and, in the future, new LNG terminals. An increase in LNG exports from North America to Europe and Asia will have a similar impact on the global gas industry.

The future is global

These moves toward gas market globalization will help create a position for natural gas in the global energy market as a whole, amid the gradual development of new energy sources – particularly renewable ones.

Obviously, the main beneficiaries of the Gazprom-China contract are the contracting parties themselves. Gazprom will secure access to the rapidly growing Chinese gas market, which currently needs some 50 billion cubic meters of gas a year, but will need 150 billion cubic meters by 2020 and probably more than 200 billion cubic meters after 2030. In return, China will be able to take advantage of Russia’s vast reserves — the largest and geographically closest of their kind to China.

As a result of the arrangement, both Gazprom and China can now intensify competition among their partners on the gas markets. The contract allows both the supplier and the consumer to substitute supplies and, as a result, both have greater room to maneuver at the negotiating table. The arrangement means that Gazprom can strengthen its negotiating position with European consumers, although it is important to note that the deal with China comes at the same time that other countries are boosting their LNG imports to Europe.

Russian export volumes to the East will not match volumes to Europe until at least 2020, so Gazprom is not at a serious advantage at the moment.

Yet, in the long term, Europe, Russia and China will all benefit from the development of gas production and the gas transport system in Russia as a result of tighter market connectivity.

Thanks to Gazprom’s new contract, Russia will ramp up its gas production capacity and, in the future, will have the option of shifting among exports to the East, the West and internally. This arrangement will help Russia avoid gas shortages or oversupplies on individual markets and will ease price fluctuations for many players in the market.

Alexander Kurdin is director of the Strategic Energy Research Office at the Analytical Center for the Government of the Russian Federation.