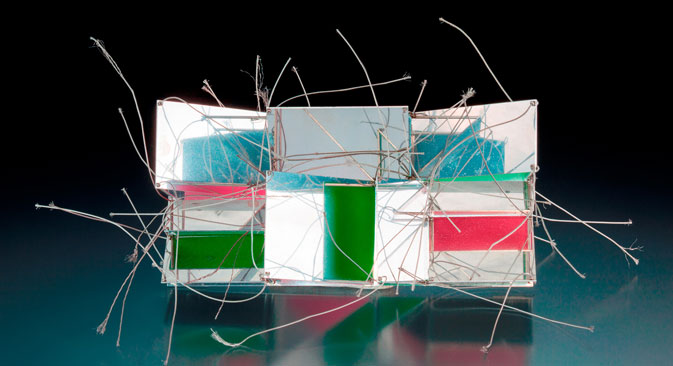 Russia’s State Hermitage Museum has long had connections to the United States. During the early years of the Soviet Union, the struggling young state sold off some of the Hermitage’s treasures, allowing several American collectors, including Andrew H. Mellon and J.P. Morgan to acquire the works of Italian painters and Dutch old masters. These pieces became the cornerstones of the National Gallery in Washington, D.C., and the Metropolitan Museum of Art in New York.

The Cold War stifled much of the cultural dialogue between the United States and the Soviet Union, yet the Hermitage remained a main attraction for the Western art historians and tourists who managed to make their way behind the Iron Curtain. More importantly, perhaps, it was one of the few places in the Soviet Union where Soviet citizens could be exposed to Western art and the art traditions of the West.

Related: At the Hermitage with a camera

When the Soviet Union collapsed and the new Russian state opened itself to the rest of the world, the Hermitage was at the forefront of arranging artistic collaborations previously thought inconceivable. One example was an exhibition created jointly by the Hermitage and the Guggenheim museum in New York entitled “Robert Mapplethorpe and the Classical Tradition.” The show explored the dialogue between Robert Mapplethorpe’s photography and 16th-Century Flemish Mannerism.

As the U.S. and Russia have entered a new stage of confrontation, artistic cooperation has been affected as well. Hermitage Director Mikhail Piotrovsky said in November that he is afraid to send works to the U.S. right now because their security cannot be guaranteed. The comment was in reference to an ongoing legal battle over the Schneerson collection of rare Jewish books.

The collection is split between organizations in the U.S. and Russia, and in 2013, a U.S. District Court in Washington, D.C. ordered Russia to pay a fine of $50,000 a day until the books are returned. Piotrovsky fears that any valuable art that travels from the Hermitage to the U.S. could be seized as payment of the debt.

However, there is some reason to hope that cultural ties can be maintained. This fall, American art collector Helen Drutt English gave the Hermitage a collection of 74 pieces of modern art worth roughly $2 million.

The Hermitage Museum Foundation, based in New York, is also stepping up its efforts in cultural diplomacy amidst the political crisis. Paul Rodzianko, the Foundation’s Chairman, said that the foundation works to support the Hermitage in several ways.

“Through our educational outreach efforts, we conduct tours to the museum and host activities related to the Russian culture in the U.S. We have also instituted our Art from America initiative, which has seen gifts of art and artifacts find their place in the museum’s collections.”

The Russian picture dictionary: The Hermitage

The English donation was part of the Art from America initiative.

The Hermitage Foundation celebrated the 250th birthday of the Hermitage Museum in New York on Nov. 10. With Hermitage Director Mikhail Piotrovsky presiding, the Foundation honored Richard Serra, Leonid Sokov and Helen Drutt English. The following night, the foundation hosted the U.S. premiere screening of the documentary film about the museum, Hermitage Revealed, at the Guggenheim Museum.

Read more: Telling the story of the Hermitage Cats>>>