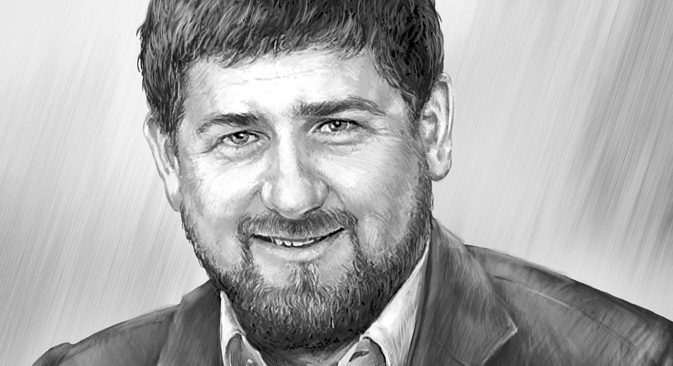 After threatening to shoot Russian law-enforcement forces deployed in Chechnya without his permission back in April and then backing what appeared to be a forced wedding between a 17-year-old girl and a 47-year-old married police chief, Chechen leader Ramzan Kadyrov is continuing to embarrass the Kremlin in public. In the light of the increasingly frequent scandals involving Kadyrov, RBTH presents an analysis of the Chechen leader, his relationship to the Kremlin, and the potential risks he poses to Russian security. 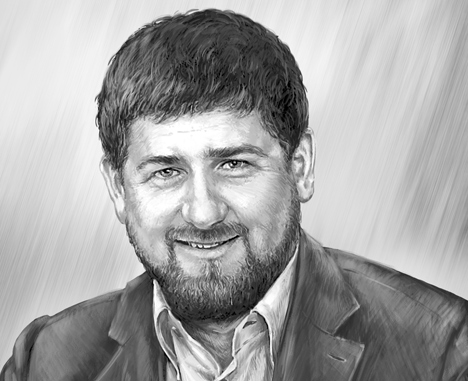 Following a scandal in April in which he openly challenged Moscow’s authority in response to an anti-terrorist operation carried out on Chechen territory, the Russian republic's leader Ramzan Kadyrov was in the news again recently after he publicly backed what appeared to be a controversial wedding between a 17-year-old girl and a 47-year-old married police chief. In the light of growing tensions between the Chechen leader and Russia’s central government, it appears that Kadyrov and the Kremlin are on a collision course

After many years of being covered by the Russian media, Kadyrov has been able to create the image of an extremely tough leader, one with the potential to shock and make statements that go far beyond the standards of political correctness. Unfortunately, often the analysis of this phenomenon is limited to discussion of the man himself and his colorful speeches, rather than the wider political context. Meanwhile, Kadyrov's theatricality and outrageousness conceal important tendencies that are relevant not only to the Chechnya itself, but to Russia as a whole.

Observing Chechnya's leader, it is difficult not to have the opinion that he insistently and repeatedly abandons the conventions that functional obligations require of a head of a region. The rhetoric of the North Caucasus leader contains anti-Western sentiments and arbitrary treatment of constitutional-rights norms, and presents itself in hypertrophic, often excessive forms.

For example he accused the U.S. intelligence services of framing the Tsarnaevs (Dzhokhar and Tamerlan) to hide their own involvement in the Boston Marathon bombing. He has also demanded collective responsibility for the families of Chechen militants, in contradiction of Russian legislation.

The Russian format of installing Chechen leaders with a strong allegiance to the Kremlin goes all the way back to the 19th century, when the Russian Empire seized the region from the Ottomans. The pacification of this republic after the wars of the 1990s and its incorporation into the nationwide legal and socio-cultural space still raises questions about the plausibility of the Russian government project – according to the principles of which citizens of the Chechen Republic should have the same rights as people from Saratov or Samara and serve in the Russian armed forces, while their leader should be subordinate to Russian law.

At first glance, it is difficult to imagine a regional leader in the Russian Federation today who is more loyal to the Russian president than Ramzan Kadyrov (who, by the way, was one of the first to suggest that governors of the federation's subjects renounce the role of “presidents”). Many journalists and regular tourists visiting Grozny compare the city not to its neighboring North Caucasus capitals but to the moneyed new-world cities of the Persian Gulf and eastern Asia.

However, all this external prosperity is founded on Chechnya's de-facto special status, as a result of which the republic has received not only economic benefits, but also ideological freedom (proven during January’s "I'm not Charlie" mass demonstrations in Grozny in support of the idea of Muslim solidarity) and a partial de-monopolization of governmental pressure on the territory.

The construction of a strict vertical power hierarchy in Chechnya, based on universal subordination to Kadyrov, and the absence of any traces of opposition (even compared with Russian as a whole) is a curious phenomenon because historically such principles of government were alien to Chechnya, and form a stark contrast with the multipolar nature of power dynamics in the independent Chechnya of the 1990s

Once such a vertical hierarchy had been put in place, the next logical step was to try and export it (in one way or another) to Russian territory. The crisis in Ukraine and the growth of a "defensive mood" in Russia presented a good opportunity for such deployment, but the reasons lay much deeper. The reason is the "sovereignty outsourcing" strategy that has been used in Chechnya since the beginning of the 2000s, in which Russian President Vladimir Putin has allowed Kadyrov to implement a strongly centralized power structure in the region in return for stability. However, the strategic consequence of this approach was not the arrival of Russia in Chechnya but rather the "Chechenization" of Russia.

Hypothetically, Ramzan Kadyrov could play on several political chessboards simultaneously. His roles can include those of an all-Caucasus leader, the spokesman for Russian Muslims or an official of a federal level. Yet, on closer scrutiny, all three scenarios appear to have a number of drawbacks and are laden with potential conflict.

As far as the Caucasus is concerned, Chechnya has serious, perennial contradictions with its neighbors. There is the unsettled dispute about the administrative borders with Ingushetia and the issue of restoring the Aukhovsky region in Dagestan, which consists of a mainly Chechen population. Not to mention the fact that the Dagestani political culture does not accept "vertical" approaches – in multi-ethnic Dagestan there is no strict subordination to one center, and power is distributed among representatives of different ethnic groups. Therefore the possibility of the Chechen leader becoming a spokesman for all the Caucasus peoples is slender at best.

Being a speaker for all of Russia's Muslims is also not very probable. In Russia, Islam is a heterogeneous phenomenon within the North Caucasus alone, not to mention the Volga region. It is important to remember that earlier attempts to unite the Mufti Council of Russia, the Central Muslim Spiritual Organization and the Coordinative Center of the North Caucasus Muslims under one structure were not successful.

And if we are to speak about Kadyrov's federal career, it is impossible not to notice the dissatisfaction that officials in the central ministries have had with his amateurish acts in Chechnya for many years. A recent incident in Grozny in which Kadyrov's interests came into conflict with those of the Russian Interior Ministry is a good case in point. After representatives of the Stavropol regional police carried out a special operation in the Chechen capital on April 19, killing Dzhambulat Dadaev, who was on the national “most wanted” list, Kadyrov stated that, if law-enforcement agencies from other regions carried any operations again in Chechnya without prior notification of the republic’s authorities, his security forces would be ready to open fire. In the wake of the incident, even the Russian Interior Ministry did not refrain from publically criticizing the Chechen leader.

Thus, as of today Russia's main challenge is to direct the Chechen leader's boiling energy into the right channels. The challenge conceals well-known risks and requires not cavalry attacks but thought-out strategy. However, approaching the challenge is just as dangerous, since in the opposite situation the military administration, which is sanctified in Chechnya, may become not an exception but a general rule for the entire country. 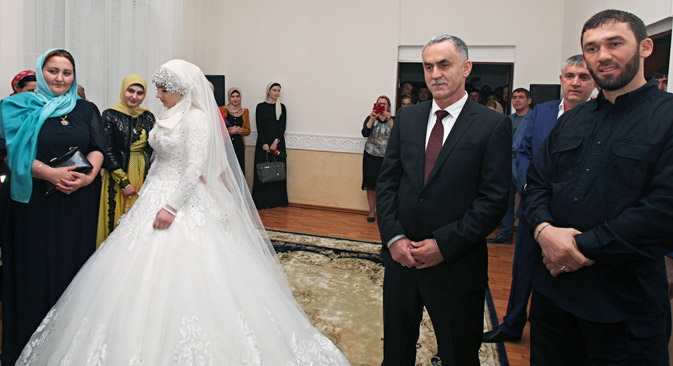