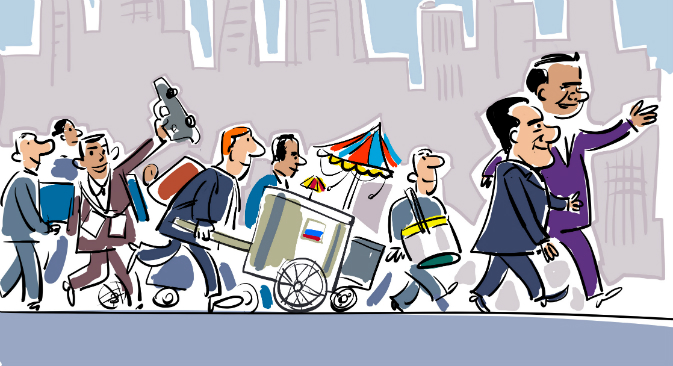 Thai businessmen were worried about the economic slowdown in Russia and the depreciation of the ruble. The strong recovery of the Russian currency should reassure investors in Thailand, who are looking at the Russian market 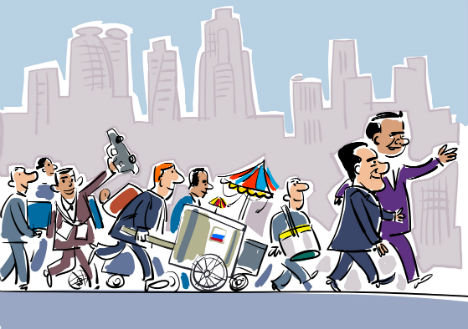 Russian Prime Minister Dmitry Medvedev’s visit to Thailand last month became one of the most widely discussed events in Thai business circles. It was the first high-profile Russian visit to the Kingdom since Vladimir Putin came calling almost ten years ago.

Medvedev spent 2 days in the country, holding talks with his Thai counterpart, senior ministers and leading members of the business community.  Nine important agreements were signed between the two countries. There is still a buzz about the trip in the Thai investor community.

What are the businessmen talking about, and what do they worry about?

The general answer is the real condition of the Russian economy. Any investor would want the country where he invests to have a stable and credible economy with good prospects for the future. A massive wave of bad publicity from the Western mass media, along with the devaluation of the ruble and a general economic slowdown at the end of 2014 have made Thai businessmen hesitant when it comes to Russia.

From time to time, Russian officials try to impress international businesses about the positive tendencies of the Russian economy, which is showing signs of recovery. The ruble, which dramatically lost 60 percent of its value, managed to recover more than 20 percent of its losses. Thai investors, however, are waiting patiently for more evidence of an upturn, and are focusing on the actions of the Russia’s Central Bank (Bank of Russia).

The ruble fall and the Central Bank

I clearly realize that different statements of high-ranking officials on the optimistic development of the Russian economy cannot convince foreign businesses, the way the actions of the Central Bank (CB) can for example.

There were clear reasons for the fall of the ruble in December 2014, which was hastened by crash of oil prices. The initial cause was the restricted access that companies had to international capital markets, increasing their demand for foreign currency in the domestic market to redeem foreign debts. As a result, continuing weakening of the ruble led to considerable growth in depreciation expectations, higher households’ demand for foreign currency, and increased deposits in dollars. Inflation expectations rose and a threat of considerable further acceleration of consumer price growth emerged. Under these conditions, CB decided to raise the key rate from 10.50 percent to 17.00 percent in December 2014.

In addition to this, a set of measures aimed at sustaining stability of the financial sector was adopted. CB also expanded the set of refinancing instruments in foreign currency, increased the frequency of these operations and their allotment amount. The taken decisions prevented the outflow of funds from ruble denominated household deposits, improved the situation in the domestic foreign exchange market, and decreased volatility of the national currency exchange rate.

As a result depreciation and inflation expectations stabilized to the extent the CB had expected.

CB has cut the key rate twice, (in January and March 2015) by total of 3 percentage points to 14.00 percent per annum. As inflation risks weaken, CB will further reduce the key rate. The risks of further considerable economy cooling increased due to the ongoing oil price decrease.

According to CB’s forecast, 2015 and 2016 will see an output contraction amid consistently low oil prices averaging $50-$55/ barrel in 2015 and $60-65/ barrel in 2016. Amid high prices for imported capital goods, deteriorated financial results of companies, restricted access to international capital markets, and tighter lending conditions, fixed capital investments will continue to contract.

CB surely does not believe in the growth of unemployment during the crisis, despite the expected negative GDP growth, a substantial increase in unemployment in 2015-2016 is not expected. According to the CB estimates, the unemployment rate will not exceed 6-6.2 percent.

The road to recovery

The labor market will adjust to the new conditions primarily through wage reduction and part-time employment, alongside with slowdown in retail lending growth rates it will result in further decrease in consumer activity. Exchange rate dynamics will facilitate exports to some extent and alongside with weak domestic demand will lead to import contraction. As a result, net export contribution to GDP growth will be positive. According to the Central Bank forecast, output will contract by 3.5-4.0 percent in 2015 and by 1.0-1.6 percent in 2016.

The economic activity is expected to recover in 2017 facilitated by oil price growth to the average of 70-75 US dollars/ barrel, development of import substituting industries, gradual diversification of funding sources, and easing of domestic lending conditions. According to the Central Bank forecast, GDP growth rate in 2017 is expected to be 5.5-6.3 percent.

Considerable rise in annual inflation observed in December 2014 – FeCBuary 2015 was expectable and reflected the impact of restrictions of certain food imports imposed in August 2014 on prices and the effect of accelerated price adjustment to ruble depreciation. This phenomenon is temporary. Under the impact of one-off factors and considering the low base effect, the annual inflation will continue to grow peaking in the second quarter of 2015, however it will gradually slow down. The decline in monthly consumer price growth that began in FeCBuary 2015 will persist. Weak economic activity will facilitate lower inflation and inflation expectations.

The slowdown in money supply growth will also exert counter-inflationary effect. The current monetary policy will provide for a slowdown in consumer price growth to the level of about 9 percent in March 2016, and to the target level of 4 percent in 2017.

Meanwhile, the main source of uncertainty for the forecast is oil price dynamics. Its further decline will lead to more serious economic downturn in 2015. Besides, there are risks of accelerated consumer price growth connected with persistently high inflation expectations, revised plans of administered price and tariff increase, fiscal policy easing, and possible acceleration of nominal wage growth. In case these risks materialize, Central Bank decisions will depend on their impact on the economic activity and consumer price dynamics. All the mentioned measures of the CB and the government have given expected positive results for stabilization of the Russian national currency and I believe the details of the Central bank are important facts for businessmen.

Moreover, even Bloomberg argues that the ruble recovery has defied predictions of most Western analysts who have not considered the main factor of strengthening of the Russian currency - the armistice in Ukraine. In the first four months of 2015, the Russian currency on the indicators moved from being the worst in the world in the category of best refuting the predictions of even the most accurate in their predictions of analysts. The success of the first quarter can be continued in the second, so get away your hesitations and welcome to the Russian business.

The writer is the Executive Director of the Thai-Russian Chamber of Commerce. 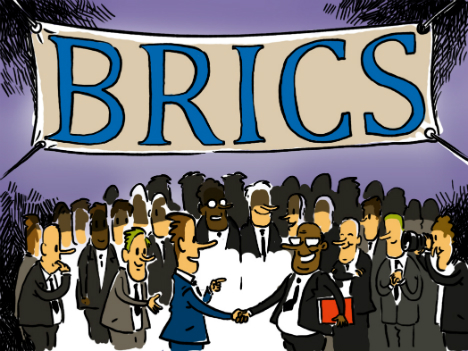