Could now be the time to visit Russia? 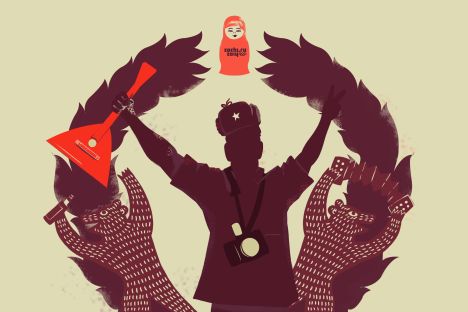 Maya Lomidze says that Russia's history, culture and nature are underserved by the lack of infrastructure for tourists.

The main phrase to apply to Russia as a tourist destination is “it has big potential.” This phrase can be applied to practically all the country’s regions and cities — except, perhaps, to Moscow, St. Petersburg and Sochi.

Indeed, throughout the country, there are opportunities for development. In most of Russia, there are interesting things to see and cultural experiences that will likely attract tourists, but these opportunities have not been realized.

Perhaps because of the geopolitical situation, the past year has been a watershed in the Russian tourism industry. For the first time, Russia is actually making an effort to realize some of this potential and attract tourists.

In 2014, for the first time, Russia’s state tourism agencies began the process of establishing tourism representative offices abroad. This year, Visit Russia offices have already opened in the United Arab Emirates and Germany, and offices are planned for China, Finland and Italy. Although such an idea has been raised numerous times over the past 10 years, it was always met with complete rejection, accompanied by a clear lack of understanding of the value of such offices and what they could contribute to improving Russia’s image abroad and increasing flows of tourists.

If the plans for opening the Visit Russia offices abroad are realized, then for the first time in its recent history — for the first time in almost 25 years of the existence of the tourist market — Russia will have the opportunity to present itself as a tourist destination. It is difficult to overestimate the importance of this step, especially this year, when preserving — let alone increasing — the numbers of foreign tourists is one of the main challenges for the tour operator business in Russia.

The external political situation and the serious cooling of relations between Russia and the West have had a significant impact on Russia as a tourist market and, consequently, on the number of Western tourists. According to Russian tour operators working in inbound tourism, in 2014, sales volumes for trips from the United States and European countries decreased by 30 percent — 40 percent.

The devaluation of the ruble, however, had a notable effect. When tours became cheaper, politics practically moved to the background. Suddenly tourists were willing to consider Russia again. Tour operators predict that demand for Russia as a tourism destination will remain at the same level as last year, which in this climate is definitely a breakthrough.

Tourists’ preferences for what to see in Russia have not changed practically since Russia opened up as a tourist destination. Most travelers want to see Moscow and St. Petersburg. The Russian capital and its northern counterpart account for almost 90 percent of all tourist traffic.

The Golden Ringtowns outside Moscow are also considered popular, as is a trip on the Trans-Siberian Railway, although only 3 percent of tourists make this journey. Lake Baikal, Kamchatka and the Altai come in a very distant third, but are attractive to adventure travelers and ecotourists.

Important for both tourists and tour industry experts to remember is that political situations change, crises arise and die down, but people always travel. The main question that Russian tourism experts must answer now is whether Russia can be considered a real tourist destination, capable of attracting visitors in spite of geopolitics, or if it just has the potential to become one. There is no unambiguous answer.

It is clear, however, that the image of Russia created by its foreign posturing and its domestic political positions, and the real Russia that tourists want to see are two different things.

The beauty of St. Petersburg during the White Nights does not depend on what Russia is for or against politically. The late afternoon shine of the Volga, the pink salmon’s dance in the Sea of Okhotsk near Sakhalin or the amber deposits during low tide on the shores of the Baltic Sea in Kaliningrad are eternal. They do not depend on or care who is in power.

A walk along the boulevards of old Moscow or an evening excursion to the places featured in Mikhail Bulgakov’s novel “Master and Margarita” are unforgettable. As in Kazan, which is an ideal mix of European, Russian and Islamic cultures, there are any things to promote across Russia — snowmobile races in the polar snows in the Nenets Autonomous Area in April, air balloon rides in Yaroslavl and a therapeutic sleep at the beehives in Altai. But perhaps it would be better to come and see it all for yourself.

Maya Lomidze is the executive director of the Russian Association of Tour Operators.

Politics aside, Russia has much to offer today’s tourists

Dmitry Davydenko argues that travel and appreciation of another country should not be affected by political disagreements.

If I was a tourist from, let’s say France, I would definitely go to Russia. Why? To see new cities and a new country, to try the Russian cuisine and to drink some Russian vodka as the Russians drink it — from frozen shot glasses, accompanied by mushrooms or herring.

To visit the Hermitage in St. Petersburg, to take a walk on Red Square in Moscow, to buy some souvenirs on the historic pedestrian street, the Arbat, and then brag to my friends and neighbors back home about my travels to “authoritarian and aggressive” Russia and appear in their eyes as a sort of superman who is not afraid of anything, even a trip to Russia.

Possibly some of my friends would suspect that I support President Putin’s regime. I would then have to tell them about everything I saw and learned in Russia.

First, I would have to tell them how people in Russia behave toward foreigners, about how foreigners are welcome guests and how Russians are happy to see them, about how many fabulous hotels there are for all tastes and income levels, about how the number of exquisite restaurants in Moscow, St. Petersburg and Sochi is greater than that of Paris or Milan, with much lower prices. I would also tell them that it is safe to walk around at night in tourist centers, that major cities are equipped with modern tourist information systems, about how prices after the December 2014 crisis have dropped by 50 percent when converted to euros.

Then I would tell my friends that Russians are really worried about the situation in southeastern Ukraine, where many have friends and relatives. I would tell them about the man-made miracle of Sochi, the home of the 2014 Olympics, the first-rate, year-round ski and beach resort built in an incredibly short period of time. The Olympic villages are still decorated with the flags of almost all the national teams that participated in the Sochi Olympics, reminding everyone that, besides political interests, there are more important events that unite the people of the world.

But most importantly, I would tell them that before making conclusions about a country and its people, one should go there and see it with his or her own eyes. One should dive into its thousand-year history and culture, speak to the people and then compare that with what is being shown on TV and printed in newspapers. One should free him or herself of all stereotypes, of politics and everything related to it and then fully enjoy the new impressions of a great country.

The treasures of the Hermitage will not be less significant if, for example, Crimea returns to Ukraine. St. Basil’s Cathedral managed to endure through many wars and 70 years of communism. It will stand through the Putin era and astonish Russians and foreigners during the next president’s tenure, regardless of the country’s political course.

The taste of frozen vodka accompanied by a spoon of black caviar will not change with a different electoral system and the Russian winter will not become warmer if Russia allows same-sex marriages.

It’s worth mentioning that even though many Russians have different views from Europeans on some social issues, this in no way prohibits Russians from visiting their favorite European cities and spending countless sums of money there — Russians spent more than 36 billion euros in the European Union in 2013.

That is why I propose, as we say in Russia, to “separate the flies from the cutlets” and not mix tourism with politics. I promise to visit Paris in October, even though I categorically disagree with the policies of the Élysée Palace.

Therefore, I suggest you travel and follow politics, but just avoid mixing these two important activities, just like sports and politics were not mixed during the 2014 Olympics.

Dmitry Davydenko is the chairman of the Organizational Committee of the All-Russian Tourist Association.