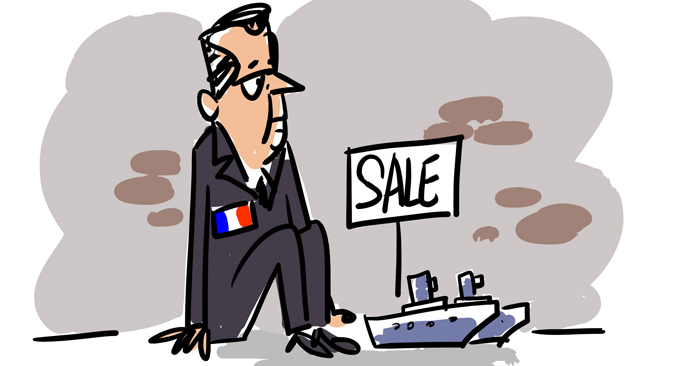 The saga of the two French-built Mistral helicopter carriers ordered by Moscow but never delivered amid Western pressure over Ukraine has finally been resolved, with France agreeing to fully refund Russia the $1.3bn it paid for the two naval vessels. But for a number of strategic and logistical reasons, the purchase of the Mistrals never really made sense to begin with. 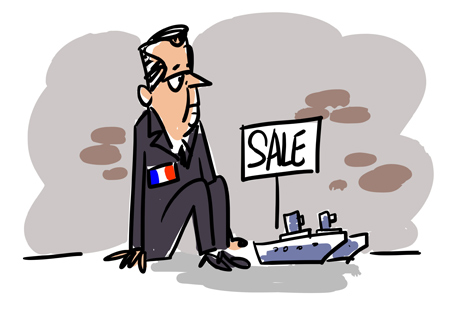 The controversial sale of the Mistral helicopter carriers to Russia has finally been scrapped, the issue of compensating Moscow for the decision of the French government resolved. There is a saying in Russia that fits the occasion: “Anything that happens, happens for the best.”

Russian officials first came up with the idea to purchase the ships back in 2008. This was largely a politically motivated deal: Russia-France relations were on the rise thanks to French President Nicolas Sarkozy not only playing a crucial part in resolving Russia’s conflict with Georgia, but also helping to minimize its impact on relations between Russia and the West in general.

While Russia’s then-president Dmitry Medvedev supported the deal, Vladimir Putin, then prime minister, has never been particularly favorable to it. Moreover, as Putin revealed two years ago, “We signed these contracts primarily to support our partners and offer some work to their shipyards. Frankly speaking, it’s of little consequence for us or our defense capability.”

Doomed from the start

Indeed, the French warships were doomed to become an “outcast” within the Russian navy from the start. First and foremost, the country would become reliant on foreign replacement parts which would not comply with Russian standards. Granted, this is something you can live with – provided you are on good terms with the supplier. But what happens if the country faces sanctions? Secondly, there were some serious doubts as to whether the navy actually had any need for these expensive “toys.”

The Mistral-class vessels are versatile: They can serve as both flagships and as command and control centers during naval combat. Incidentally, one of the reasons for the purchase was to try and obtain some insight into modern naval combat techniques used by Western countries.

However, the main purpose of the Mistral ships is to land and support ground forces on enemy territory while remaining far from shore. The problem is Russia does not stage such operations — they are not even mentioned in the country’s naval doctrine. The only thing Moscow would use these ships for would be landing a force in Syria to help President Bashar el-Assad’s regime and, maybe, fighting pirates near the coast of Somalia. But do those missions really justify such expenses?

A square peg in a round hole

In fact, the Mistral ships did not fit into the traditional strategy for the deployment of Russian naval infantry troops. To elaborate, unlike Russia’s amphibious warfare ships (which, admittedly, are obsolete and in need of modernization), Mistral ships cannot approach beaches.

Moreover, they need supplementary equipment to be able to land heavy vehicles, not to mention the fact that they are not capable of carrying a great number of such vehicles in the first place. The deployment of this equipment takes time, and in the interim each vessel needs to be protected by a group of escort ships – which, given the standard strategy for amphibious warfare described above, are not at all numerous within the Russian navy.

In turn, the military hardware used by Russia for amphibious operations was unsuitable for the Mistral ships for a number of reasons. For instance, the Ka-52 and Ka-27 helicopters that the ships were supposed to carry were too big to fit through the doorway of the helicopter hangar elevator. What is more, the fuel these helicopters use is far more flammable than the standard NATO fuel, which is critical, considering the vulnerability of Mistral vessels.

These technical issues and inconsistencies were numerous, so the ships would probably have needed to be modified further once delivered to Russia — while it was doubtful they would see any use at all.

But the really crucial part — that was revealed even before the sanctions [over Moscow’s role in the Ukrainian crisis – RBTH] were imposed on Russia — was that France, under intense pressure from its NATO allies, refused to sell the ships equipped with traditional NATO hardware, namely the SENIT 9 information processing system and the advanced SIC-21 command and control system. Thus, the one strong argument in favor of buying the French “toys” was no longer valid.

If the vessels had eventually been sold to Russia, they would have probably seen very limited use, most likely as transport ships capable of carrying out rescue operations in a relatively peaceful environment.

It should also be noted that France only built two Mistral-class ships for its navy, and all previous attempts by the French government to sell them to other parties have failed. If not for Russia, the shipyard in Saint-Nazaire – which constructs the vessels could have gone out of business.

A Russian answer to the problem?

Still, the Russian navy really does need a new generation multipurpose amphibious warfare ship. Such a vessel will most likely be developed by Russia itself, based on the existing Priboi project – which means it will be equipped with Russian-made systems and components that will comply with Russian standards.

The first ship of the new class will be launched in 2020. While Priboi-class vessels will be somewhat slower than the Mistral ships and have 20 percent shorter range, they are in many ways superior: They will have a larger draft, will be able carry more supplies and will hold 30 helicopters, compared to eight for the French ships.

It is still a pity the country wasted seven years on the Mistral deal. But, to recap, “anything that happens, happens for the best.” Or rather, better late than never.