Is India tilting towards the US? 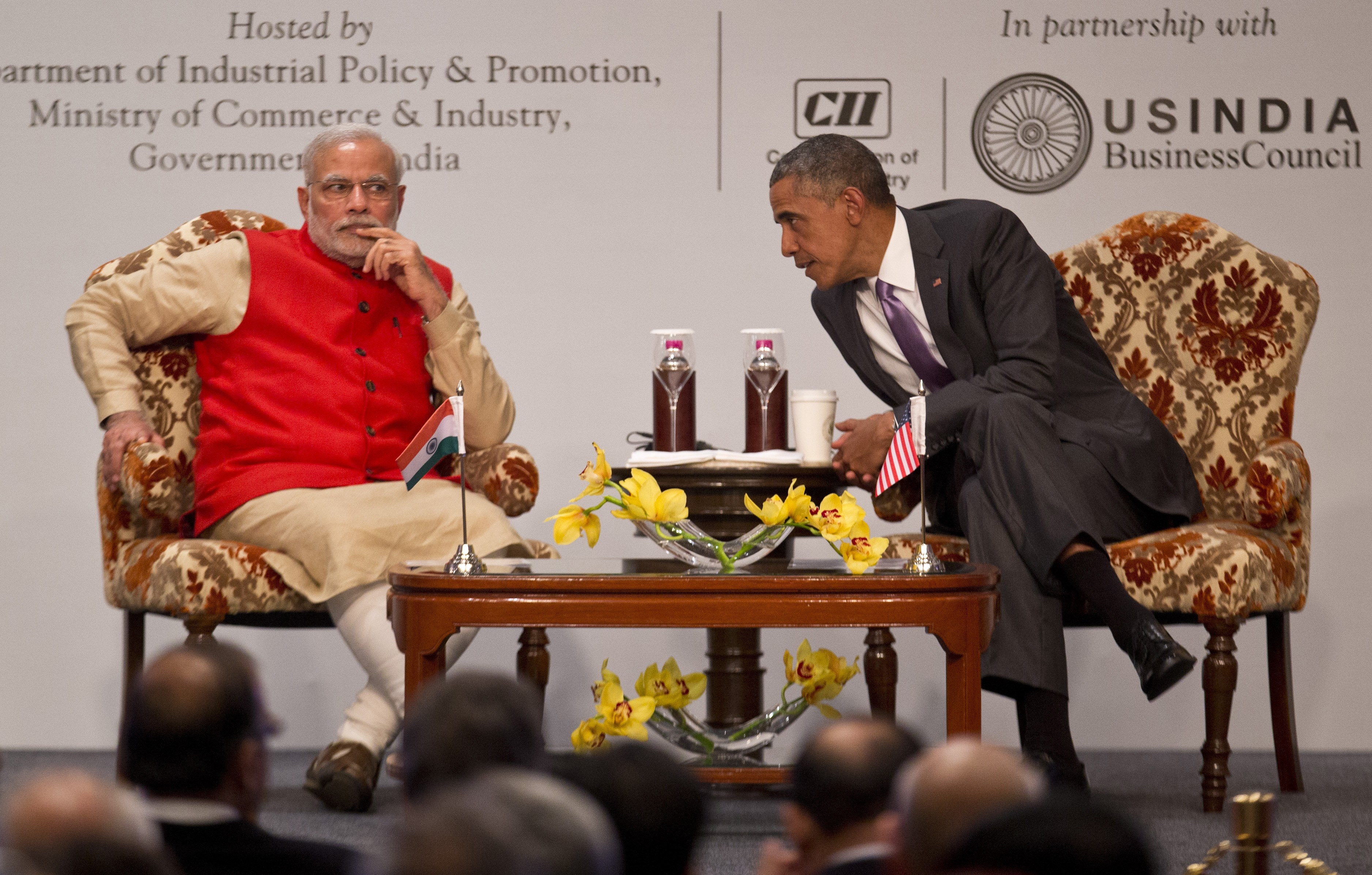 AP
Does Indian Prime Minister Narendra Modi’s frequent visits to the US and designation of India as a “key partner in the field of defence” signal a tilt towards the USA and away from Russia? That appears unlikely.

The Prime Minister of India Narendra Modi has returned from the United States. Over the past two years, the Indian prime minister has visited the States four times, and has been called “a key partner in the field of defence”, which opens for New Delhi unlicensed access to a wide range of US dual-use technologies and will help to establish co-production of new weapons.

Some media immediately made a categorical conclusion: “Russia’s strategic partner turns to the United States.” But does it?

The statements made by some analysts, that “Russia is losing the Indian market”, are nothing more than a manifestation of incompetence or, if you call a spade a spade, a means of unfair competition, as well as the continuation of an information war against our country.

India is not a fidgety woman who turns in one direction and then in another. This is a serious and technologically advanced country, confidently striding into the future and cooperating with all those who will help it to progress in a particular area.

India is ready to pay “real money” in order to establish military and technical cooperation with all those who are willing to support its “Make in India” course. At the same time, in New Delhi, they strongly adhere to the rule of not putting all your eggs in one basket; that is not depending on one partner, monopolist, even if it is a very beneficial and promising one.

Of the 67 largest Indian arms purchase agreements with foreign countries, 18 were concluded with Russia, 13 with the United States and six with France. Delhi has contracts with Berlin, Tel Aviv, and even with Brazil. In this market, Russia has earned $5 billion over the past two years, and the Americans earned $4 billion.

However, if an embodiment of the “do not put all your eggs in one basket” principle is possible for New Delhi, the latter one, “Make in India,” is not achievable for all.

The most striking example of this was the 2012 tender for a light fighter, which France with its Rafale won from Russia and the United States. The deal cost $10 billion for 126 aircraft. At the same time the winning company had to organize the production of fighter aircraft in Indian enterprises. That was when Paris started playing up. They were unhappy with the price, and then they refused to move parts of the aircraft assembly to India, saying there was no certainty that the quality of the local work would not affect Dassault’s authority. The French President’s and the Indian Prime Minister’s visits to Delhi and Paris did not lead to a final agreement. This is what the intermediate one looks like: 36 fighters for 9 billion. The Indians insist on 8 billion “bucks”. Bargaining continues.

Meanwhile, India has decided to purchase another 40 multipurpose fighters Su-30MKI from Russia, in addition to the 210 same machines that are already in the country’s air force, and which are assembled from the machinery kits in the Indian HAL Corporation. They will cost Delhi $3 billion. So it is not that they are dumping Moscow, but the price of long-term and productive partnership that has continued between the two countries for almost the past sixty years.

In case someone does not know, Russia is the only country in the world that has adopted the ‘Make in India’ principle announced by Prime Minister Modi as a guide to action in the system of military and technical cooperation with India. And this is the principle (technology transfer and sharing) used in India to assemble the supersonic “BrahMos” anti-ship missiles, which are on the frigates of the Russian production of the Talwar type on diesel submarines of the “Warszawianka” class and are suspended on the pylons of the Tu-142 and Il-38SD, and are fixed in the launch complexes of coastal defence and are now being tested for the Su-30MKI.

The T-90S tanks are also assembled in India. They have over 350 of them in Delhi, the country's leadership aims at increasing the number of such machines to 1500. The Russian MiG-29K is based on the “Vikramaditya” aircraft carrier (former “Admiral Gorshkov”) (and ship service aircraft modernization is carried out in India jointly by Russian and local experts)... One can continue for a very long time.

Meanwhile, the US has never passed any of their own high-tech developments to anyone. They are very afraid of competition.

Defence News, a famous magazine in military circles, has recently reported that New Delhi and Washington were discussing the possibility of cooperation in the field of construction technologies for aircraft carriers, but sources in India's Ministry of Defence say that the agreement has not been reached.

Meanwhile, Russia is not only proposing to build an aircraft carrier for Delhi and transfer the necessary technology to the Indian side, but also to create a version of the ship's fifth-generation fighter aircraft, which Moscow and New Delhi are working on together today.

It should be recalled that after returning from Washington, Modi telephoned Vladimir Putin. What the leaders of the two countries were discussing is not revealed by the Kremlin, but it is probably something very important for the continuation of bilateral cooperation.