Erdogan’s apology to Moscow: Is it sincere? 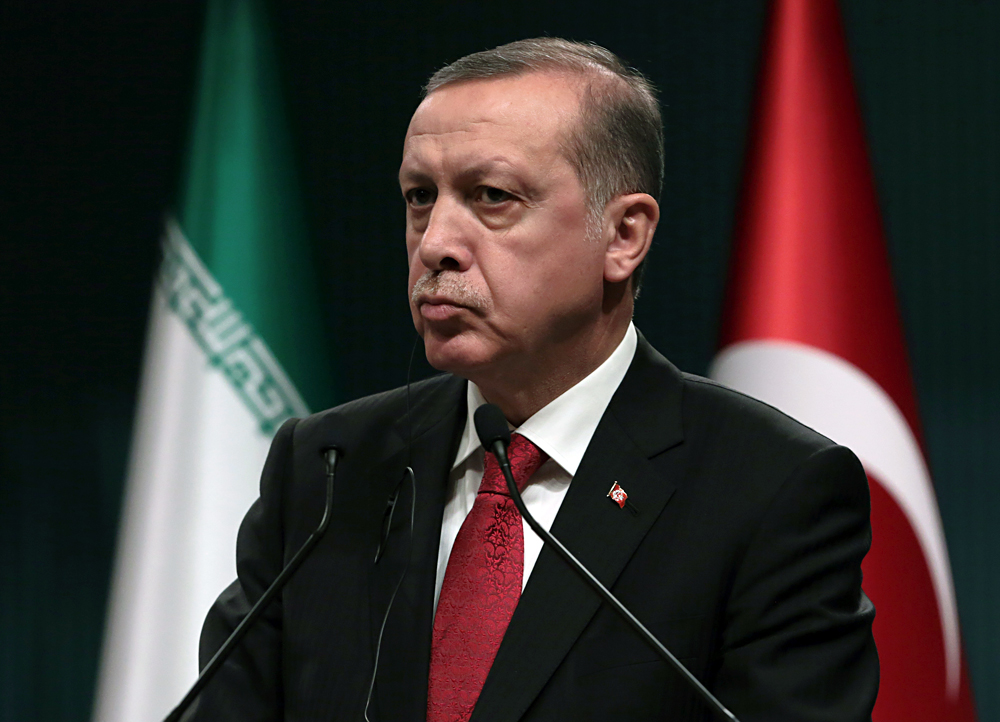 AP
Turkish President Recep Tayyip Erdogan’s apology to Russia for the shooting down of a Russian jet in November 2015 may not be quite as honest as it first appears.

The sensational news of Turkish President Recep Tayyip Erdogan’s apology to Russia for the plane Turkey shot down in November 2015, and thus making the first step towards normalizing relations with Moscow, will unquestionably be subject to various interpretations and speculations that will fog and distort its meaning.

Ukrainian President Petro Poroshenko has already poured fuel onto the fire when he said that he had spoken with Erdogan on June 27 and that it was a conversation that took place at the Turkish president's initiative.

According to Poroshenko, Erdogan "merely expressed his condolences to the family of the dead pilot." "I believe that the Turkish president's position is absolutely understandable," said Poroshenko.

Poroshenko was the first to try and deny the official version of Erdogan's apology before the Russian government. His reaction is quite understandable: Just recently Kiev and Ankara were speaking in unison about "the Russian threat."

This is why it is probably very difficult for Poroshenko to psychologically accept the thought that the unity between him and Erdogan has fallen apart – or is about to fall apart, and Turkey will then go down the road of normalizing relations with Russia.

However, besides Poroshenko's entirely predictable reaction, there are now new, more serious grounds to doubt that Erdogan is really ready to do precisely and unambiguously everything that Moscow has been waiting for him to do for the last seven months.

Less than a day after Erdogan's apology made the world headlines, his right-hand man, Turkish Prime Minister Binali Yildirim, made it clear that Ankara is in no hurry to meet Moscow's requirements concerning compensation.

"We haven't said anything about compensation, we merely expressed our sorrow. We are continuing the trial of the people suspected of killing the pilot," said Yildirim, speaking on the Turkish TV channel NTV. But just a day earlier he had said something completely different on television: "We said that if it is necessary, we will pay compensation."

What did Erdogan actually write to Russian President Vladimir Putin and how can the meaning of his missive be interpreted in light of all these contradictory facts and statements? Let's look at the matter from the point of view of translation. The Turkish phrase that Erdogan used ("kusura bakmasinlar") can be translated as, "Forgive me," "I am sorry" or "Do not be angry." In his message it is used once – in the sentence addressed to the family of the dead Russian pilot Oleg Peshkov.

Moreover, by addressing the pilot's relatives, Erdogan implies that he perceives them as "a Turkish family," thus presenting himself as a wise eastern patriarch who is capable of feeling the other's grief and expressing words of comfort.

Who did Erdogan apologize to?

Two conclusions can be drawn by looking at the message.

Firstly, Erdogan's apology is conditional, or at least half-hearted, since it was addressed to Oleg Peshkov's family and not to the Russian government. Secondly, Ankara does not admit its guilt in the downing of the Russian plane.

The attempt to stress the human tragedy gives the matter another dimension: Turkey is basically saying that a certain incident occurred, which it did not want, a person died, for this it is sorry and now it is ready to apologize to his family and punish those who killed him.

All this means that for a certain period of time the news about "Erdogan's apology" will live a parallel life in two separate information spheres – Russian and Turkish. Discrepancies will be inevitable.

But what is important is whether or not Moscow and Ankara will want to emphasize these discrepancies or, on the contrary, will try and give each other the opportunity to save face by agreeing that the first steps to normalizing relations have been taken.

No matter how conditional Erdogan's apology was, it is important that the Kremlin did not reject it, and in the near future the presidents of Turkey and Russia are expected to hold a telephone conversation. Therefore we can cautiously conclude that the ice has been broken.

In general, the issue of official apologies on an international level is one of the most complicated, sensitive and challenging in international relations. The price to pay is exceptionally high – a government's prestige is at stake. So every word and gesture that are perceived as an apology are viewed, in a figurative sense, under a microscope.

For example, 15 years ago in April 2001, after an American reconnaissance plane violated China's airspace and made a forced landing on Hainan Island, Beijing demanded that Washington officially apologize.

However, the U.S. stubbornly refused. The situation was extremely critical and the world began speaking of a possible open conflict between the countries. Then, after complex talks, the U.S. issued an enigmatic statement: "Accept our deep tsao." Each side interpreted the statement in its own way – an apology or a regret. Fortunately, the polysemy of Chinese characters provides for such an opportunity.

The list of examples is endless. In the course of U.S. President Barack Obama's recent visit to Japan during the G7 summit the American president did not officially apologize to Japan for the atomic bombings of Hiroshima and Nagasaki 70 years ago, but participated in a wreath-laying ceremony and expressed words of compassion. Earlier, Japan had refused to officially apologize to South Korea for its WWII crimes and pay compensation to rape victims, the so-called “comfort women.”

Nevertheless, relations between these countries cannot be described as openly conflictive or dysfunctional. Through trial and error the world powers have learned not to make these relations hostages to issues in which it is impossible to sacrifice one's principles. And everyone ends up even.