SCO: Where paired interests will diversify 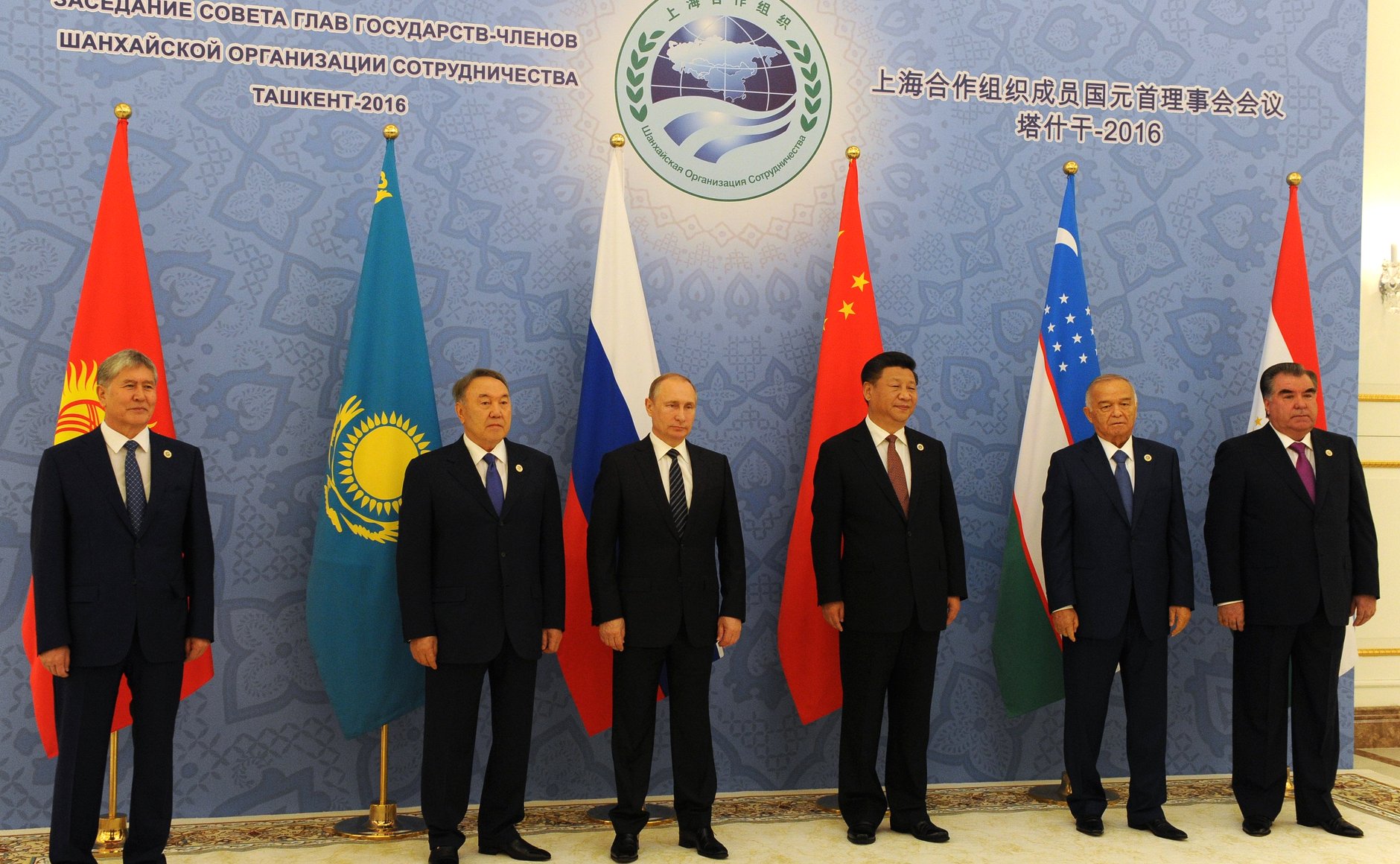 A decision to start the "horizontal expansion" of the SCO was made in 2009.

Kremlin.ru
The entry of both India and Pakistan into the Shanghai Cooperation Organisation can bring long term prospects for economic and political stability into the region and bilaterally for both.

The June summit of the Shanghai Cooperation Organization (SCO) in Tashkent marked an important event: India and Pakistan signed a memorandum of Obligations to ratify all treaties in force in the SCO. This opens the way to full membership for them in the organization. The fundamental decision to extend the SCO with the accession of the two major South Asian countries was adopted in the 2015 summit at Ufa, while the next necessary step was taken in the Uzbekistan capital.

Analysts believe the new geopolitical configuration of the SCO can not only give additional impetus to economic growth in the member countries, but also facilitate the transition of the world system from its current turbulent state to a smooth evolution.

With India and Pakistan entering into the SCO, four nuclear powers - Russia, China, India, Pakistan - will be Member States. The total population of the SCO states will be around three and a half billion people, combined GDP is estimated to be close to $ 30 trillion. In addition, China and India remain the most actively developing economies of the modern world. This is the general picture.

Diplomats like saying: “The devil lies in the detailed fine print”. In this case, the details are also important; for in-depth understanding of the long-term interests of New Delhi and Islamabad in Eurasia (in terms of their possible pairing), and for assessing the prospective multilateral projects in the Eurasian space in a transport revolution.

India’s path in the SCO has been quite a long one. The country was granted observer status in 2005, at the fifth SCO summit in Astana. Since then, New Delhi delicately showed interest in a more active role in the SCO, while Russia and Kazakhstan persistently worked hard to convince other members of the organization of the need for India’s full-fledged participation in the SCO.

A decision to start the "horizontal expansion" of the SCO was made in 2009, after an appropriate “vertical consolidation" of the organization and, in 2014 a "green light" for new members was turned on.

Why is participation in the SCO so important for India? This question is answered by an experienced Indian diplomat and well-known regional analyst Ashok Sajjanhar: “India’s security, geopolitical, strategic and economic interests are closely intertwined with the development of events in the region. The existing and emerging new challenges posed by terrorism, radicalism and instability pose a serious threat to the sovereignty and integrity of not only India but also the countries that make up more than a distant circle of the neighbourhood.” (meaning Central Asia - A.V).

"The expansion of the SCO, whose assets include rich mineral resources of the Central Asian states, will allow to develop general rules of trade in these resources in the framework of the organization, that are less susceptible to market fluctuations,” Sajjanhar said.

One of India’s fundamental interests is to gain easy access to Central Asia, which is of strategic interest to the elite countries in the region. India’s cultural influence has a long and positive history. On this basis, the long-term pairing of interests of India and Russia looks natural. It is achieved by the international "North - South" transport corridor (INSTC or ITC), the main participants in which are Russia, India and Iran. It just so happens that New Delhi was "forced" in its efforts in creation of the ITC by the decisions on construction of a ‘Pakistani transport corridor’ with the active participation of China.

The Iranian port of Chabahar is rightly considered one of the pillars of the ITC’s constructions, expected to be upgraded by Japanese investment participation. The ‘Land of the Rising Sun’ is also interested in the prospects of a transport revolution, the essence of which is the diversification of transportation routes in Eurasia.

In my view, this development of land and water communications networks will allow the principles of the new geo-economic balance in the Eurasian continent to be developed.

The common strategic interest of India, Russia and China in strengthening the stability of the existing political systems in Central Asia is quite obvious. It is hoped that the ongoing dialogue on security issues within the framework of the SCO will bring progress in the fight against terrorism in this part of the world, as well as serve as a prevention of various "colour revolutions", obsessive desire for the organization of which stirs the mind of the ruling circles of some extra-regional powers.

The motives of Pakistan which, along with India, has become a full member of the SCO, have their own features. On the one hand, as the Pakistani ‘Nation’ publication reports, the Islamic Republic of Pakistan demonstrates the desire to diversify its foreign policy, enriching it with new geopolitical and economic sense. On the other hand, the ongoing dialogue within the framework of the SCO is able to create new, more favourable conditions for the normalization of historically complex Pakistani-Indian relations in the future.

It is worth emphasizing that the Pakistani intellectual elite considers the simultaneous entry of both South Asian states in the SCO as a chance to improve economic relations between Islamabad and New Delhi. If we add to this a factor of patience and restraint from the Indian side (as in the times of Manmohan Singh and Narendra Modi), it can be expected that bilateral economic relations between India and Pakistan will start developing. This will make the overall atmosphere of relations between New Delhi and Islamabad less ideological and conducive to working together to achieve specific mutually beneficial results.

As for Moscow's perspective on India-Pakistan relations, it has remained unchanged for decades. In India, they know that Russia is interested in: a) in the preservation of unity and territorial integrity of Pakistan (as one of the conditions for achieving political stability in the "post-American" Afghanistan); b) in strengthening the tradition of civilian rule in the Islamic Republic of Pakistan, in the predictability of its social and political development, in its entry onto the path of sustainable economic growth.

Pakistan’s active involvement in the activities of the Shanghai Cooperation Organization meets the long-term interests of not only Russia, but also those of India.

First published in Russian by news-front.info.