What does new UK leader Theresa May mean for Moscow? 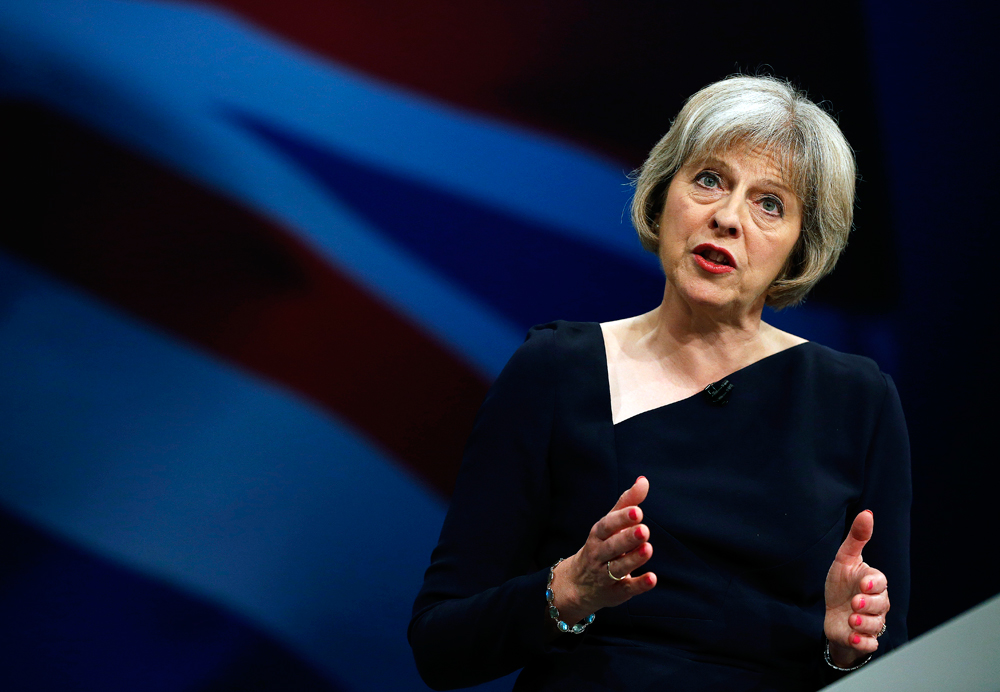 Reuters
As the dramatic fallout from the Brexit vote continues to overturn the British political landscape, Theresa May has become the new UK prime minister after winning the Conservative Party leadership contest sparked by David Cameron’s resignation. Is the new leader likely to affect UK-Russia relations at all, and why?

Twenty years ago, the announcement of a new British prime minister would have been a major event, setting plenty of influential tongues wagging in Moscow. Even a decade ago, editors would have been rushing out profiles of Downing Street’s latest occupant and TV debates would endlessly discuss the impact on Russia.

The fact that reaction to Theresa May’s appointment has been rather muted is a measure of how much Britain’s status as a major geopolitical player has diminished.

In time, the toppling of Saddam Hussein might come to be seen as the last sting of a dying wasp where British power projection is concerned. Since Tony Blair tagged along with George W. Bush’s illegal invasion of Iraq in 2003 everything has gone south for the UK.

Back then, London could reasonably claim to have the world’s second most capable military at its disposal. But the humiliating withdrawal at Basra in 2007, described by senior US military figures as a defeat, fatally damaged the illusion of continued British martial competence.

In June, the UK voted to leave the EU and since then the world has watched a country once famed for stability often appear on the verge of implosion. There is talk of Scotland leaving the union, Northern Ireland reunifying with Dublin and even London itself becoming an independent city state. Meanwhile, the political class has provided levels of drama that Shakespeare would have been proud of.

All the world's a stage

The opposition Labour party is tearing itself apart over former prime minister Tony Blair’s Iraq legacy and the fact that its current leader, Jeremy Corbyn, is despised by most of the party’s parliamentarians, who are far more right-wing than the bulk of the party’s membership, which largely supports Corbyn.

At the same time, the principal authors of Brexit, Nigel Farage, Boris Johnson and Michael Gove, have all vanished for various reasons: Johnson after being knifed by the latter in the style of Julius Caesar’s third act and Farage to spend more time with his wife.

Amidst all this, after his disastrous referendum gambit, David Cameron fell on his own sword. Incidentally, this idiom derives from the Roman method of suicide. No wonder the former Moscow correspondent of The Irish Times, Seamus Martin, is calling it ‘Brexitstan’ these days.

This week the ruling Conservative Party has found a new leader, Theresa May. She will replace Cameron, who departs the scene but isn’t chased off stage by a bear, despite laughable attempts by some elements in British and American media to hint at Russian meddling in Brexit.

While predictable, given the identity of the one-note characters involved, the whole notion was ludicrous. Not even in his wildest dreams could Vladimir Putin have imagined Britain destroying itself like this. And so willingly.

But maybe he doesn’t have an opinion either way. After all, back in 2013, his spokesman Dmitry Peskov was reported to have described it as “just a small island no one pays any attention to.” Peskov later denied saying this.

Despite the Kremlin’s public protestations, Peskov’s statement does, in my experience, reflect the mood of Moscow’s elite towards Britain. Whereas Margaret Thatcher was considered second only to Ronald Reagan in diplomatic importance, today Britain has slipped behind Germany and France as a priority and is even being pressured by Italy for the third European place from a Russian viewpoint. The reasons are myriad but include the fallout from the Alexander Litvinenko affair and the Kremlin’s frustration at London’s willingness to shield wealthy Russians who fall foul of the authorities at home.

A darling bud of May?

The question is whether Prime Minister May will radically alter British policy towards Russia and the answer is probably no. The UK, if it even continues to exist in its present form, will now turn in on itself for a long period. Thus, foreign policy in general will become a secondary concern.

Relations with Russia will be dictated by Washington, probably to an even greater extent than in the past decade, as NATO replaces the EU as London’s primary outlet for engaging its Western European neighbors.

On a personal level, May doesn’t appear to have major ideological hang-ups about Russia. This contrasts with Cameron’s public schoolboy disdain for countries that don’t necessarily share “British values” – unless, of course, they are China and can potentially invest billions of pounds into the UK economy, or Saudi Arabia and wish to buy weapons at premium prices to use in bombing campaigns in Yemen.

Distrust between Moscow and London is so ingrained now that it’s probably systemic. That said, May is unlikely to further aggravate it. She opposed the setting up of an enquiry into Litvinenko’s death and when the verdict was delivered her response was reasonably restrained. That suggests she saw the affair as far from an existential matter.

On the other hand, May strongly supports the maintenance of Britain’s Trident nuclear system  and has listed Russia as a “threat” alongside ISIS and North Korea.

Under Theresa May, it’s almost certain that British influence on geopolitics will further atrophy. Cast adrift from the EU by its own hand and possibly facing years of economic turmoil, it will become increasingly irrelevant. It’s also very possible that May’s successor will be known as Prime Minister of England and Wales, leaving the Kremlin open to constructing a positive relationship with an independent Scotland.