Doping scandal: What are the implications of the IOC’s decision on Russia? 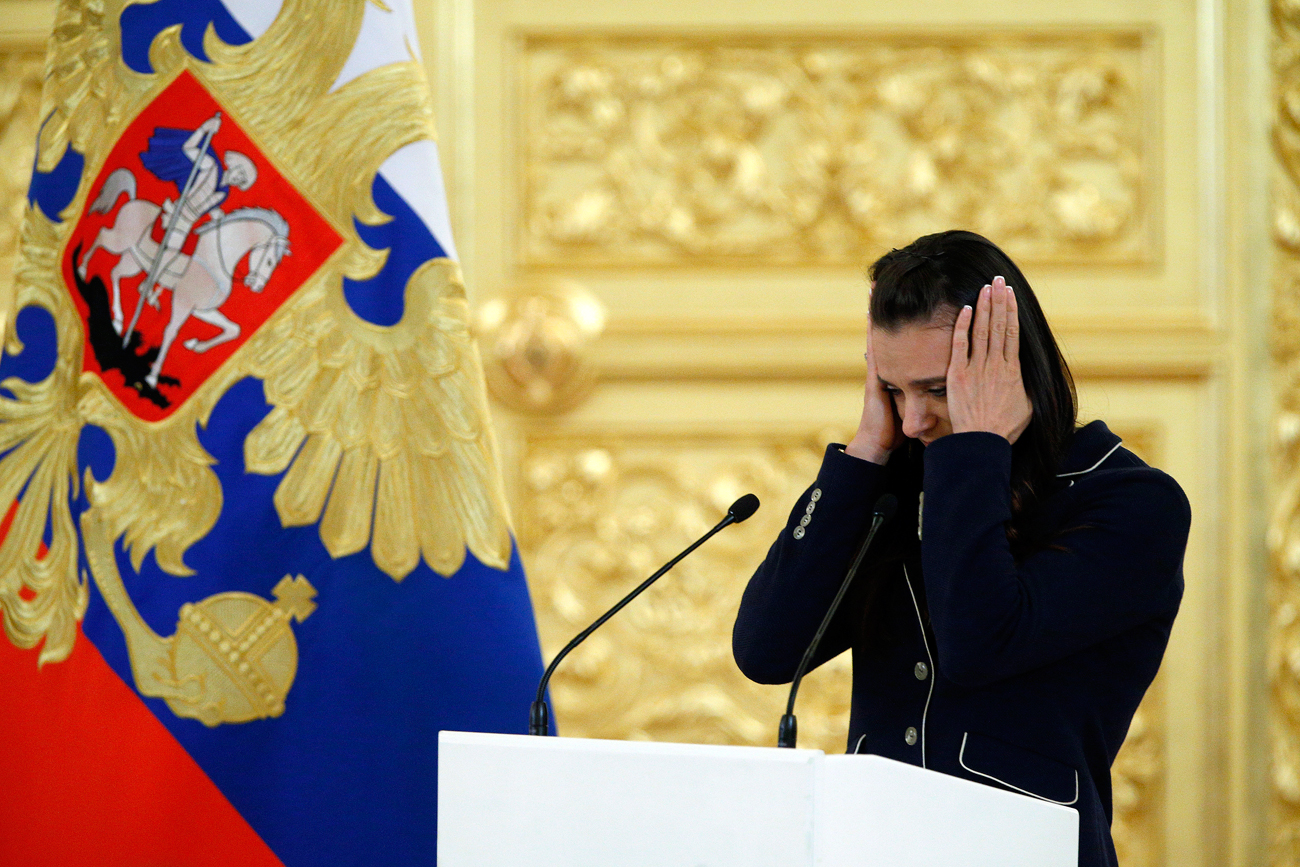 Russia's pole vaulter and Olympic champion Yelena Isinbayeva gestures as she speaks at the Kremlin, in Moscow.

AP
The muddled logic of what appears to be a decision lacking in conviction by the International Olympic Committee on Russian participation in the Rio Olympics has left many observers baffled. Why have the authorities rewritten the rules of the game and of the Games?

While the legitimacy of the decision by the International Olympic Committee (IOC) to deal with a clear yet intricate doping scandal involving numerous Russian athletes cannot be questioned, the particulars of its ruling raises not only eyebrows but anxiety over the future of the Olympic games and the Olympic movement as a whole.

There is a strong impression when reading the decision taken in Lausanne on July 24 that the members of the IOC Executive Board were uneasy with their own solution, and even hesitant.

What points to this conclusion is the use of the following phrases: “given the urgency of the situation,” “had to take a preliminary decision,” the IOC supports request by Prof. Richard McLaren “to continue and finalize his work,” etc.

The IOC also noted that McLaren “made no findings against the Russian Olympic Committee (ROC) as an institution.”

At the root of the concerns are the three basic decisions that IOC “had to take” which, I can only guess, was the core reason for the Russian Olympic Committee’s comment that “a most dangerous precedent has been set and from this moment the whole sporting world will be living by new laws.”

The IOC, according to charter, remains the ultimate authority in dealing with all matters, big or small, related to the Olympic Games. Yet the IOC has effectively passed the right of the final verdict on “clearance” for Russian athletes to go to Rio to the international federations. Does this amount to delegating or a waiving of authority?

It might look like a reasonable solution provided the federations have more experience, expertise and instruments to analyze anti-doping test data – and to do it under the “pressing circumstances” and on short notice.

If doing justice is the supreme motivation of the federations, and there are no grounds so far to doubt this, then their governing bodies will find ways to treat the challenge of the selection process case by case.

In seeking and finding justice, the Russian side is entitled to the right to be heard and to appeal. Let’s not be under any illusions: Rank-and file athletes can hardly present their defense correctly and convincingly. But there’s the rub: The representation of Russian sports at international level has been shrinking for the last few years. Making the voice of the accused athletes heard is almost mission impossible.

Moreover, the IOC admitted it was acting in a situation of “urgency” that “does not allow it sufficient time for hearings for affected athletes, officials and organizations.”

With the opening ceremony of the Olympics in Rio due only on Aug. 5, the federations have enough time to sort it out, separate the wheat from the chaff and distinguish the sheep from the wolves. But once again, it’s a race against time, and many have already lost it.

In a rather controversial move, the IOC has stated that Russian athletes “have to assume the consequences of what amounts to a collective responsibility,” thus making no distinction between athletes of integrity and commitment to fair play and those who abuse the system by taking illicit drugs to enhance their performance.

The latter deserve nothing but to be evicted from current sporting contests and ostracized in accordance with the gravity of their crimes. The former merit being treated as decent people. Why?

According to the Law Dictionary, collective responsibility means “every member's responsibility regardless of an individual member's involvement in decisions or the member's position or rank.”

The next step is collective punishment, which is “applied to each member of a group regardless of a member's involvement in the group's actions and conduct.”

In our case, the IOC has cast a shadow of doubt on the integrity of all Russian athletes without exception. This contradicts the assertion made in the introduction to its statement that it “was guided by a fundamental rule of the Olympic Charter to protect clean athletes.”

No less worrisome is the IOC’s decision that the “presumption of innocence” cannot be applied to Russian athletes.

This principle of common law proclaims that anybody charged with any wrongdoing or crime has the right to be presumed innocent until proven otherwise. This is part and parcel of human rights. It is practiced in most nations of the former British Commonwealth, and is enshrined in the U.S. Constitution by the Fifth and 14th Amendments.

In these countries the system of justice abides by the rule that the defendant has no obligation to prove his innocence unless in retaliation to evidence presented in court.

Actually, the roots of this legal principle go deeper; they are found in the Roman law: Ei incumbit probatio qui dicit, non qui negat. Literally it means “the burden of the proof lies upon him who affirms, not him who denies”; in other words, the proof of guilt has to be presented by the prosecution but not the defendant.

In our case, it is up to Prof. Richard McLaren to substantiate the accusations but, as the IOC has noted, he has not yet “finalized his work.”

The blame game to be continued?

The comprehensive reform of the anti-doping system announced in Russia might eventually satisfy WADA and other critics, but this is not a given. There are too many uncomfortable parallels, no matter whether well founded or illusionary, with the “Cold War” fought on the Olympic turf back in the 1980s.

Opinion: A campaign against Russian sports for a global audience

Many Russians, judging by the never-ending discussion on Russian internet forums, social networks and radio programs, would like to have an answer: Has the IOC involuntarily embraced selective justice? If so, this would be deplorable.

If this notion becomes dominant, the long-term repercussions for the Olympic movement would most certainly amount to suspicions, divisions, and their natural end product, animosity.

It is hardly compatible with the moral principles that inspired Pierre de Coubertin when he restored the glorious endeavor of the ancient Greeks back in 1896 by organizing the first modern incarnation of the ancient Olympics.