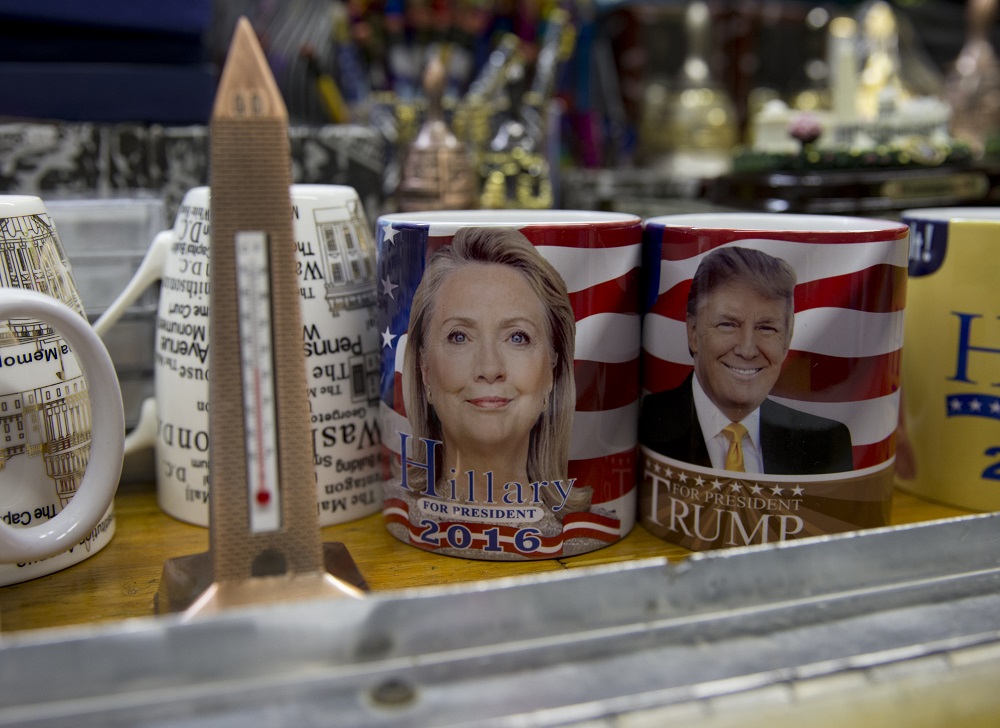 AP
A lot of analysts believe that Donald Trump, the Republican candidate for the U.S. presidency, is a better option for Russia than his Democratic counterpart Hillary Clinton. That, however, is simply not the case.

The perception of Trump as pro-Russian or even one handpicked and recruited by the Kremlin has become conventional wisdom in many political circles. Many observers, both in Russia and abroad, feel that Trump is objectively better for Russia as the head of the White House.

As a result, some analysts argue that Russian authorities are doing their utmost to prevent Trump’s political opponent, the Democratic candidate Clinton, from winning the presidential bid. Recent reports about the hacking of the Democratic Party’s e-mail servers by Russians have only served to reinforce these ideas.

It would be worthwhile to understand what lies behind the Kremlin’s apparent sympathies toward Trump and its distrust toward Clinton. It is not as easy as it appears at first glance.

Of course, the election of Clinton as president would be a clear signal for the Kremlin that Washington’s hard line policy toward Russia will persist and, probably be reinvigorated. No wonder the Russian authorities would like to avoid such a scenario.

In contrast, Trump’s statements on U.S. foreign policy, NATO and the Ukrainian crisis give hope to the Kremlin that the would-be Republican president might improve U.S.-Russia relations and resolve the key problems in bilateral relations in a way that is beneficial for Moscow. In this regard, the Kremlin’s position seems very natural and rational. However, logic does not hold up under closer inspection, taking into account Trump’s eccentric behaviour and unpredictability.

Few doubt that if elected as the next U.S. president, Trump’s real policy will be different from his pre-election political rhetoric. And the worst-case scenario of a new and dangerous confrontation between Moscow and Washington under a Trump presidency doesn’t seem unimaginable.

So, what’s going on? Doesn’t the Kremlin see such a threat emanating from the Trump campaign?  Do the Russian authorities really believe in the words of the demagogue and seriously hope that he, if elected, will dismantle NATO and recognize the annexation of Crimea?

Of course not - no reasonable politician in Russia would dare play such a dangerous game of high-stakes poker with Trump instead of playing a chess game with Clinton, especially if Russia’s national interests and the improvement of U.S.-Russia relations were at stake. But there is something else at stake, and Trump’s casino seems to be much more attractive than Clinton’s chess club.

Without any embarrassment, the Kremlin makes no bones about its sympathies toward Trump, who is seen within the United States as projecting a dark and gloomy scenario for the future of America. So, the Russian authorities seem to seek only one thing by endorsing Trump - they want to humiliate and weaken their major opponent, the United States.

At the same time, Russian President Vladimir Putin doesn’t see any prospects for improving U.S.-Russia relations no matter who will be elected — Trump or Clinton. The Kremlin’s head is well aware that none of them will be ready to make any concessions to Russia on the issues that matter the most. As a result, nothing prevents the Russian leader from preparing to communicate with Clinton, while creating the impression that he welcomes Trump’s victory.

In addition, Moscow cannot help but understand that Trump’s alleged connections with Putin erode the image of the Republican Party in the U.S. After all, the Democratic campaign headquarters is extensively using the image of Trump as a KGB agent to discredit him, win votes and promote their agenda.

However, the Russia authorities are not concerned with this. On the contrary, they seem to find it beneficial and see it as a victory because it bolsters the image of Putin and presents him as almighty and omnipresent. Using such logic, it appears as though the Russian President has succeeded in manipulating the election process in the world’s only superpower, in a direction that is convenient for Moscow.

The Kremlin’s position toward the 2016 U.S. presidential election reflects Russia’s foreign policy trend of recent years. During an economic crisis that has led to a glaring lack of resources for maintaining the status of a great power, Russian authorities are turning to methods which bring immediate results and require minimal effort.

This is an abridged version of an article first published by Russia Direct. Read the full article here.