Russia and Iran have no military alliance for Syria conflict 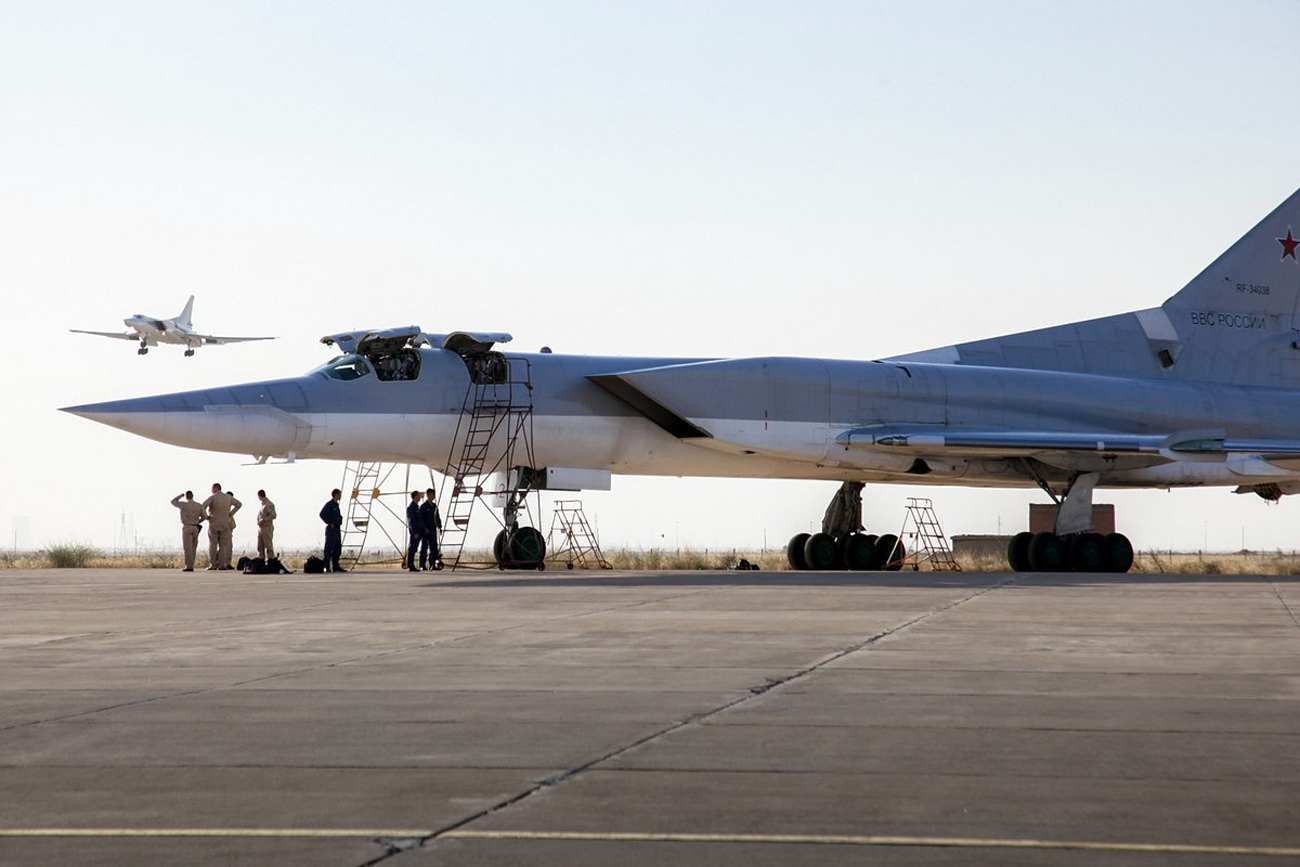 Planes seen in the Hamadan air base in Iran.

mil.ru
Russia’s use of an Iranian military base is the beginning of a new phase in the fight for a political solution to the conflict in Syria, in which participants appear no longer bound by former obligations and scenarios. However, there is still no talk of a full-fledged military union between Russia and Iran.

The appearance of Russian aircraft and pilots at the Iranian Khamadan airbase is not an accident and is not related only to the liberation of Aleppo. It was preceded by an entire chain of events bearing witness to the formation of a completely new context in the eastern part of the Middle East. A meeting of the "Caspian Troika" in Baku set a new level of economic cooperation between Russia, Iran and Azerbaijan, followed by the visit of Turkish President (Recep) Erdogan to St. Petersburg, which significantly reduced the tensions in bilateral relations between Russia and Turkey. The quick start of Russia-Iran economic interactivity is primarily in the fields of transportation and energy.

So by the time Russia and Iran began speaking of the airbase, Moscow had already guaranteed itself a reliable political base and a package of agreements with Iran on economic and social issues. As a result, this vital military-political move was only natural, indicating that Russia and Iran are trying to be the decisive players not only in the Syrian conflict but in the entire Middle East.

Who won and who lost

Certainly, in the evolving situation the United States appears to be among the losers. The Russian-Iranian agreement for use of the Khamadan airbase have demonstrated that Moscow does not consider Russian-American relations a top priority, or at least one for which it should sacrifice its tactical achievements and positions. This also indicates that "the honeymoon" in American-Iranian relations ended with a high degree of distrust towards Washington's policy, including towards America's capacity to influence its close ally, Saudi Arabia.

The US may have to prepare for the possibility of losing its "veto right" on development of political and military-political relations with Iran, not only with respect to Russia, but also to other countries.

Iran's consent to have Russia deploy its aviation corps in the country is also a sign of Iran's understanding of how important it is for the country as a regional "power centre" to regulate the Syrian conflict on its terms and not on those of the West.

In this situation, Washington must blame its own incapacity to understand the "limits of compromise" on the part of its partners-competitors. Significantly, after Russia's deployment of its aircraft in the Khamadan base, China, which for a long time had remained on the sidelines, seems to have decided to expand its assistance to the Assad government.

The issue for Beijing is not so much about supporting the Syrian regime as it is about China's desire to be part of the future political and economic processes.

There are three interpretations of the political or military-political messages that Russia has sent by beginning to use Iranian territory.

The first is that Moscow is letting Washington know that it considers the Russia-Iran partnership a strategic priority which it will develop even in areas that the US believes, from the viewpoint of the earlier international agreements on Iran, are "gray zones." This does not mean that Moscow is completely renouncing the consensus strategy that the UN Security Council suggested to restrain Iran's political-military ambitions, but indicates that the policy's revision is taking place right before our eyes. If this experience proves successful, moves that will lead to an unprecedented convergence between Iran and Moscow are also possible in future.

The second is that Russia is disillusioned with the US vision of "moderate" and "immoderate" opposition. Irritation at Washington's continuously unclear position had been accumulating for several months and is now apparent. It is possible that the US had significantly miscalculated, overestimating Moscow's readiness to negotiate on the terrorist list. This miscalculation may substantially weaken the position of organizations relying on American help on the battlefield in Syria and consequently, in future peace negotiations. If Russia and (Bashar al-)Assad, with Iran's help, make significant progress in Aleppo, the earlier negotiation model will have to be changed. A large part of the moderate opposition organizations will no longer have much power in Syria.

The third interpretation is that Russia believes destroying the Syrian opposition in Aleppo is such a priority that it is willing to, at least temporarily, sacrifice its contacts with the US and the European Union on the Syria crisis. Deployment of Russian aircraft in Khamadan and the drastic intensification of bombings of the opposition in Aleppo is not only Moscow's attempt to lay down a new ace in the game with the West. Behind the move may lurk Russia's disillusion with the possibility of a political dialogue with the current White House and the readiness to postpone the dialogue for a future time, after a new administration is in place in Washington.

The author is an expert political analyst and professor at the Higher School of Economics National Research University.