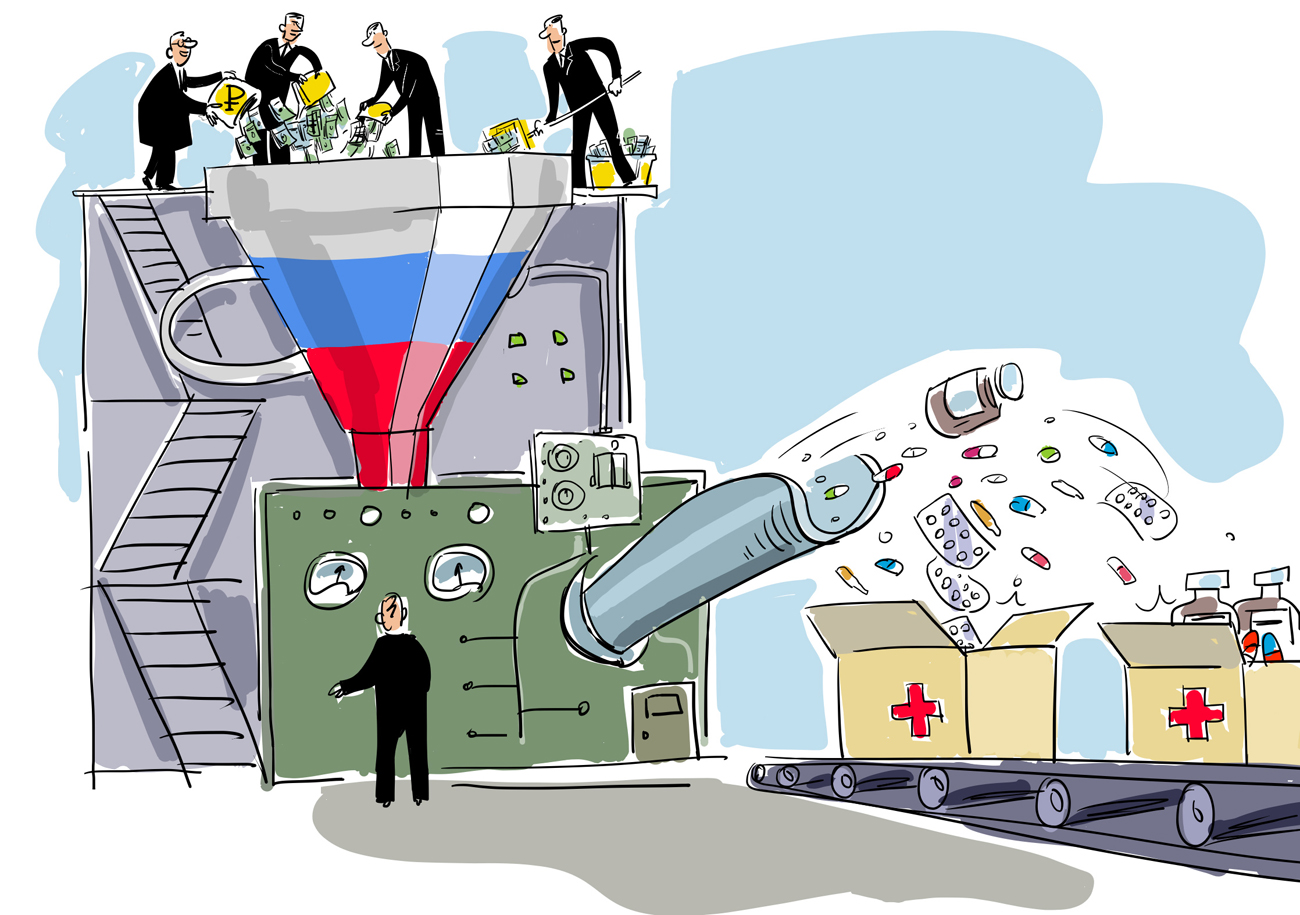 Russia’s pharmaceutical manufacturing sector has taken off in recent years. To expand further, the industry requires an integrated approach to education, research and production.

Russia has climbed from 54th to 51st place in the World Bank's 2016 Ease of Doing Business ranking and we entrepreneurs in the pharmaceutical industry feel that change is happening for the better. Supporting the development of local pharmaceutical production of medicines has been declared a priority by the state and, as a result, the share of drugs produced by Russian companies on the market is increasing.

There are several main trends in the world pharmaceutical market today. An important one is the relatively high growth in global production of active pharmaceutical ingredients. The volume of these ingredients was estimated at $109 billion in 2011. It increased to $150 billion in 2015 and the forecast for 2020 exceeds $200 billion. This growth is stimulated by the continued stable demand for drugs in the mature markets of North America and Europe and the drive to fulfil unmet needs in developing countries. Production of ingredients for cancer drugs is the fastest-growing segment of the industry.

Another important factor is the expiry of a number of important drug patents in recent years, which allows these drugs to be produced by other pharmaceutical companies. Finally, the advance of technology reduces the cost of the process of creating high-tech drugs and allows for them to be mass-produced.

Tapping into these trends requires an integrated approach in which different sectors, including education, fundamental and applied sciences, research institutes, small and medium-sized innovative companies and venture investors are connected in a single chain aimed toward fulfilling a single goal. In developed countries, the major manufacturers of ingredients are at the same time major players in the global pharmaceutical market.

Their decisions on what production infrastructure to place where usually depends on technological aspects. If the process at all stages requires a high degree of control and qualified personnel, it is transferred to a full cycle and localized in a single country. This is a typical situation for innovative biotech drugs. In other cases, particularly in producing large volumes of ingredients and in the presence of environmental risk factors, production is transferred to a foreign site.

Could a Russian pharmaceutical firm become such an industry leader? The question of feasibility and economic viability arises in the segment of large-volume ingredients, which are now mainly delivered from India and China. Russian companies have to decide whether it makes sense to set up our own production line in a situation, for example, when the annual consumption of a drug amounts to 35 to 50 tons and a single major manufacturer in China produces 75,000 tons of this drug a year. Such a project would require competent management and a clear business plan focused on both the local market and exports.

Russian pharmaceutical producers must also take into account the trend towards environmentally friendly production of active pharmaceutical ingredients. For many years, this production was centralized in developing countries, but now governments around the world are beginning to require ecological standards for drug production.

My company, R-Pharm, can list a number of successful cases of localization with a full production cycle and we are developing a separate production project on the synthesis of ingredients. As more domestic innovative products become available, Russian companies may well organize their production within the country, taking an important step towards the integration that is necessary to be a major player on the global market.

Vasily Ignatiev is the CEO of the R-Pharm group of companies.