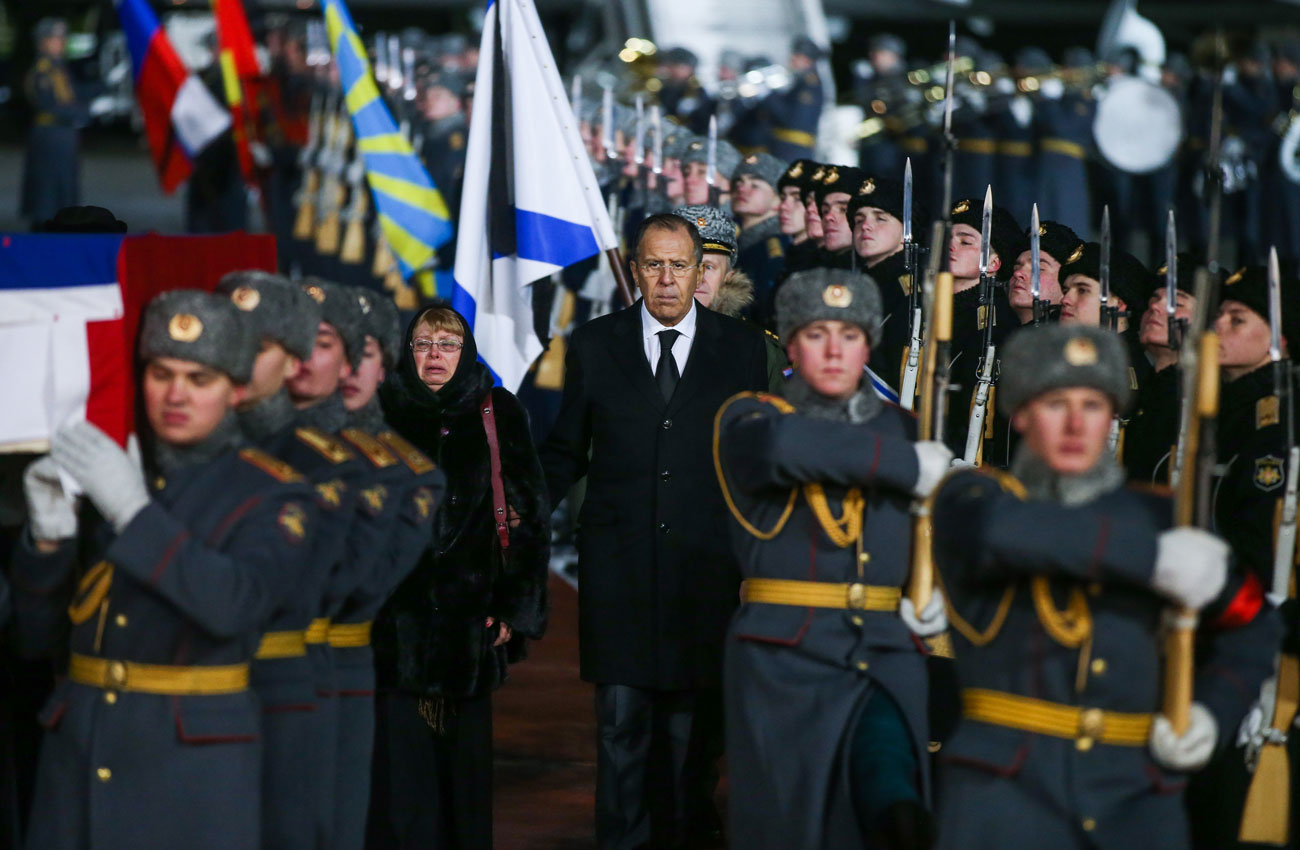 Valery Sharifulin / TASS
The assassination of Russia’s ambassador to Turkey by a lone gunman evoked terrorist acts of a previous era, but also served as an indicator of the predicament special forces and diplomats find themselves in today.

The assassination of Andrei Karlov, Russia’s ambassador to Turkey, is an ominous bridge that unites the gloom of the past with the darkness of the present and future. This act, which as far as we know was carried out by an individual, resembles those committed in the era of “classical” terrorism — from the 19th century to the first half of the 20th. The forces behind it could be seen as linked to the masses that awakened at the dawn of the 21st century, challenging not only the stability of individual states, but also the entire order of the Middle East itself. Given this state of affairs, it’s important to remember that even in such shocking circumstances as the assassination of an ambassador — a person whose immunity must be guaranteed not only by international documents but by the logic of international relations — it is necessary to always leave the door open to dialogue and to regulation. Closing it off would be proof of a rising wave of barbarism, and the rejection of basic rules that guarantee a minimum control of world politics.

It’s too early to draw conclusions about the Ankara shooting, but some things are already clear. The Middle East is profoundly destabilized, and will be for a long time. Once-firm structures are collapsing, and the crisis in security and stability is affecting states that were once the framework of the whole regional system. The countries that have previously played a leading role in the Middle East, including Iraq, Egypt and Syria, are in chaos and now it appears that even Turkey is experiencing serious structural problems. As atrocious as the assassination of the diplomat was, it is just one example of more significant problems in the region.

The Russian Ambassador to Turkey Andrei Karlov speaks a gallery in Ankara Monday Dec. 19, 2016. A gunman opened fire on Russia's ambassador to Turkey Karlov at a photo exhibition on Monday. The Russian foreign ministry spokeswoman said he was hospitalized with a gunshot wound. The gunman is seen at rear on the left. Source: AP

Ankara’s desire to actively participate in creating the Middle East of the future — and especially in the structure of Syria after its civil war comes to an end — has produced an unexpected result. Instead of spreading Turkey’s influence across the region, the region’s instability has spread to Turkey. This chain of events is not related to the flow of extremists over the border; the cause is the deterioration of the country’s internal political system.

Jaish al-Fatah claims responsibility for murder of Russian ambassador
Turkey’s various crises, including the growth of radicalism, the refugee problems, the drastic escalation of the Kurdish issue, the instability of relations with the most important foreign partners, the alienation of the westernized segment of the population and the tension in the army and power structures, reduce the government’s ability to function effectively. President Recep Tayyip Erdogan’s intention to increase his control over the nation’s power structures — something that he has been engaged in since the failed coup in the summer — has served to exacerbate the tension and internal resistance in various directions.

In the shadow of Syria

The main issue today is future developments in Syria, where the civil war is entering yet another stage. On one hand, the position of the government in Damascus has strengthened and no one is speaking seriously about a change of regime. On the other hand, the situation is extremely unstable and it is unclear what the political process going forward should look like. Assad’s supporters are full of confidence and are hardly willing to make compromises. The opposition remains fractured and it is unclear who could serve as Assad’s foil. Those who have real military potential are not considered legitimate; practically all of them are recognized as terrorists. The moderate opposition, for its part, barely continues to exist.

In such conditions, it is crucial that Russia and Turkey do not find themselves on opposite sides of the ideological, political and military barricades. Ankara has the potential to undermine the positions of both Moscow and Damascus, should it so choose. A year ago, when Russia and Turkey were at odds after the downing of a Russian fighter jet, there was a serious risk of a large-scale cold war between Turkey and Russia. This would have complicated the various problems in Syria. That is not the case today. Now, serious negotiations held among special forces, military and political leaders are conducted with the aim of minimizing risks for both sides in Syria.

Three consequences of the murder of Andrei Karlov
The new U.S. administration that will take office in January is likely to usher in a new era for the Middle East. Judging by President-elect Donald Trump’s declarations, and those of his cabinet members, American priorities in Syria may change dramatically. Trump does not intend to move forward with a policy of regime change or to generally promote American ideals around the world. He intends to fight Islamic radicals. In the 15 years since 9/11, there have been many statements made about the importance of the world powers working together, but nothing much happened in practice. All nations continued to act in their own interests. It would be incredibly optimistic now to expect that trust between Russia and the U.S. or Russia and Turkey will strengthen markedly. But there is hope that at least Moscow and Washington will stop viewing Syria as a field of inevitable competition and realize that there are no trophies to be won here.

Contemporary terror is a combination of various forms. It reflects contemporary society, which is extremely fragmented, but at the same time interrelated in the closest of ways. We are accustomed to searching for underground networks and groups of conspirators. Also today, a weapon of mass murder can be almost anything: an axe, a knife, a truck — not to mention firearms, which are easily accessible. The most important factor is that a group of conspirators or a terror cell is not needed to carry out terror attacks. It is enough to use the Internet, in which anyone sympathizing with jihad will find the support of like-minded individuals, instructions and advice, as well as a well-presented and convincing ideology that calls for action.

It turns out that the terrorist is, on the one hand, a loner, but on the other, part of a powerful global network that is practically invulnerable because it is completely decentralized and diversified. This situation puts additional strain on special forces, who must combat both groups and individuals. And, like terror itself, their work must function without borders. The problem is, however, that while terrorists, as practice shows, easily find common language beyond barriers and sovereign jurisdictions, those who are fighting them have difficulty in doing so.

Read more: Putin’s progress: What to expect from Russia’s leader in 2017