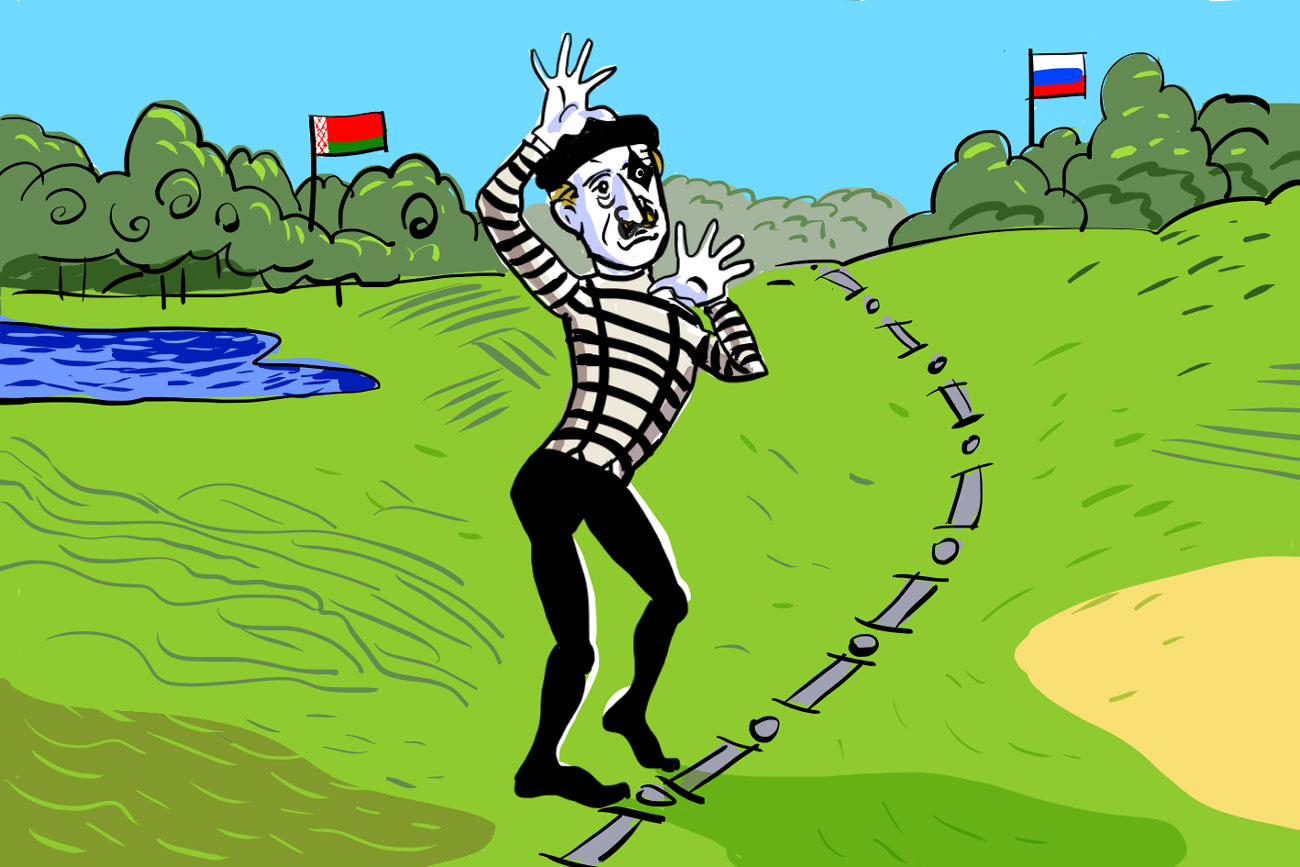 "Most likely, the conflict will, as usual, end well for Belarus. But Lukashenko should realize that the world has changed, and the political pirouettes that were acceptable in the early 2000s are met today with growing irritation."

Iorsh
Minsk regularly picks quarrels with Moscow, driven largely by a desire to gain economic benefits. This time, however, it seems Moscow is in no hurry to meet the demands of its junior partner. Why is this, and where might it lead?

Relations between Russia and Belarus regularly undergo rather emotionally charged crises. More often than not, these are related to the economic situation in Belarus (loans, privatization, gas prices) and its leader attempting to wriggle out of a situation by raising the temperature of the dialogue and portraying himself as a victim. This tactic has worked in the past, with Moscow generally making concessions. What has changed this time around?

It would seem like nothing terrible has happened. Russia introduced a border zone regime, similar to the one Minsk itself launched back in the fall of 2014. What’s more, based on the FSB's explanation, no checkpoints or border inspections of cars, people, etc. are planned. Most likely, the changes are more about generally increasing vigilance in border zones.

According to the official explanation, this is all about control over illegal drug trafficking, smuggling and infiltration by undesirable persons. Indeed, Belarus introduced visa-free entry for up to five days, not only for the rather prosperous European Union and the United States, but also for countries like Vietnam, Haiti, Gambia, India, China etc. that are much more “rich in migrants.” Admittedly, there is one major stipulation, which is that these people must have a valid multi-entry Schengen visa or a visa from at least one EU country, a stamp certifying entry into their territory and return air tickets. All the same, this does create a slight vulnerability for entry by illegal migrants. 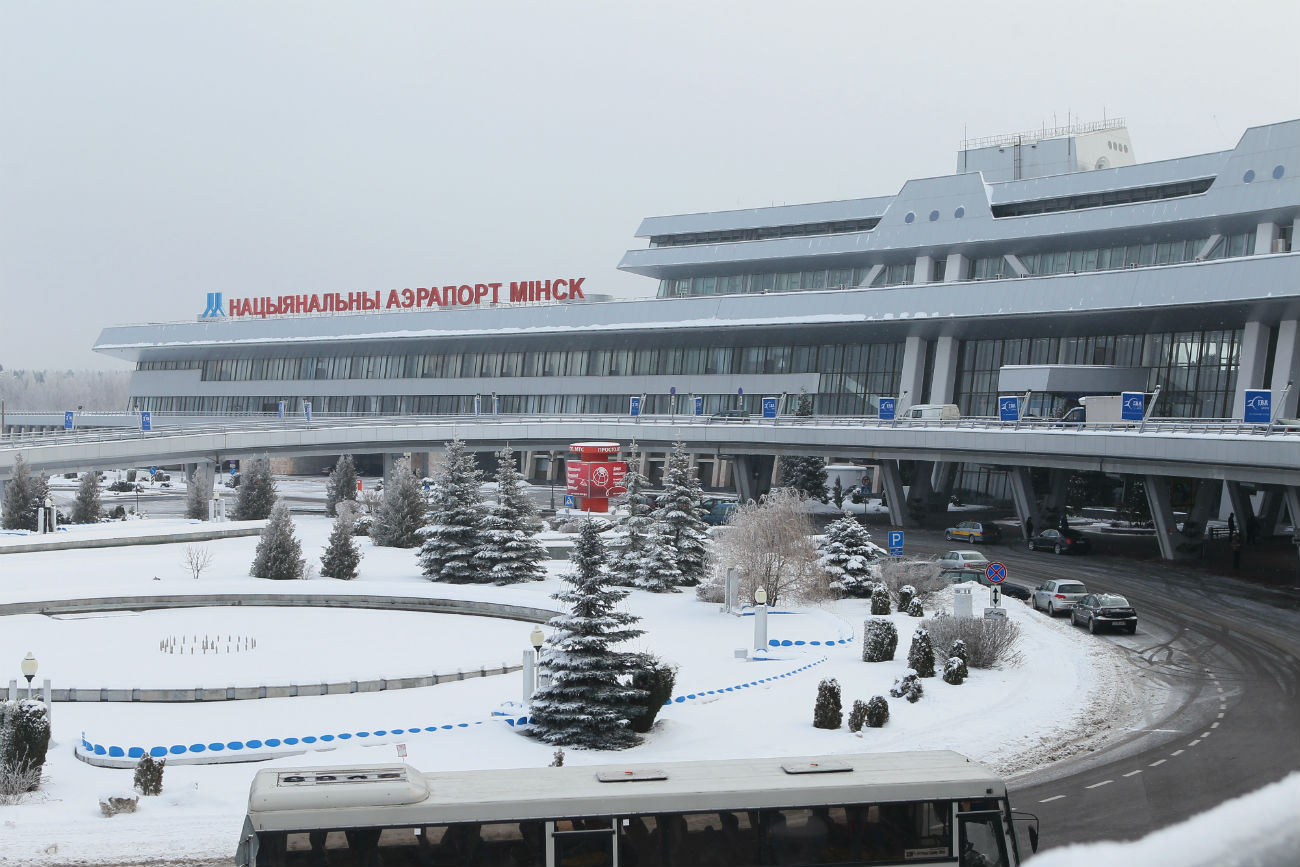 According to expert assessments, however, the Russian security services are much more concerned with the possibility of Russian territory being infiltrated by fighters from ISIS (which is banned in Russia), including from European countries where they are actively being recruited. Here, as the Russian proverb goes, war is war, and in this case it is difficult to overestimate the threat.

Finally, the real reasons for establishing border zones might have nothing to do with Belarus. I am talking not just about potential Ukrainian subversives, several of whom have already been caught. The current escalation of the situation in the Donbass is provoked by nothing other than the desire of Ukrainian politicians, who are losing ground from under their feet and support from overseas, to maintain their exceptional status and a trickle of aid. And this means that further escalation and the flow of refugees can be expected. And it is better to prepare for such an eventuality in advance. Most likely this is the primary reason behind Moscow's actions.

Another reason that may have provoked this reaction from the Kremlin is relations within the Eurasian Economic Union (EAEU). It is not entirely clear whether Alexander Lukashenko agreed upon the decision with his partners in the integrationist alliance.

This is not the first demarche by Minsk in regard to EAEU organizations. One could look away when it comes to Belarus' special position on the Collective Security Treaty Organization, along with its open unwillingness to provide troops in a time of crisis. One could also ignore Lukashenko's demonstrative refusal to find a place for an air base—it is not that it is needed that much, but to slam the door after everything has been agreed upon does not look very good by political standards since it puts one's ally in an awkward position. And Lukashenko's recent refusal to attend the signing of EAEU documents in St Petersburg was a direct challenge to the organization and caused bewilderment among other states.

The final factor is a change in Russian relations with Europe. In the past Russia turned a blind eye to the Belarusian leader's attempts to follow a "multi-vector" approach. It is obvious to everybody that Lukashenko has been the main beneficiary of both Russian counter-sanctions and the "Minsk format" for Ukraine. But in the current conditions, when, against the background of improving relations with the U.S., Moscow's relations with European capitals are visibly deteriorating, a "political weathercock" of this kind could be dangerous. Moreover, some in Europe have been saying for years that it would be good to tear Belarus away from Russia and help it follow Ukraine's example. It is true that there are other politicians who believe that Russia and Europe should jointly help Belarus transition when Lukashenko eventually leaves his post, but so far their voices have not been prominent.

Most likely, the conflict will, as usual, end well for Belarus. But Lukashenko should realize that the world has changed, and the political pirouettes that were acceptable in the early 2000s are met today with growing irritation. Of course, Russia won't give up its union with Belarus, but a meaningful warning to Minsk, in one form or another, will follow. And this is unlikely to be in the sphere of border protection—more likely it will be in trade and economic matters, the sorest point for the Belarusian president.

The author is a Russian political and public figure. His opinion does not reflect the position of RBTH or its staff.