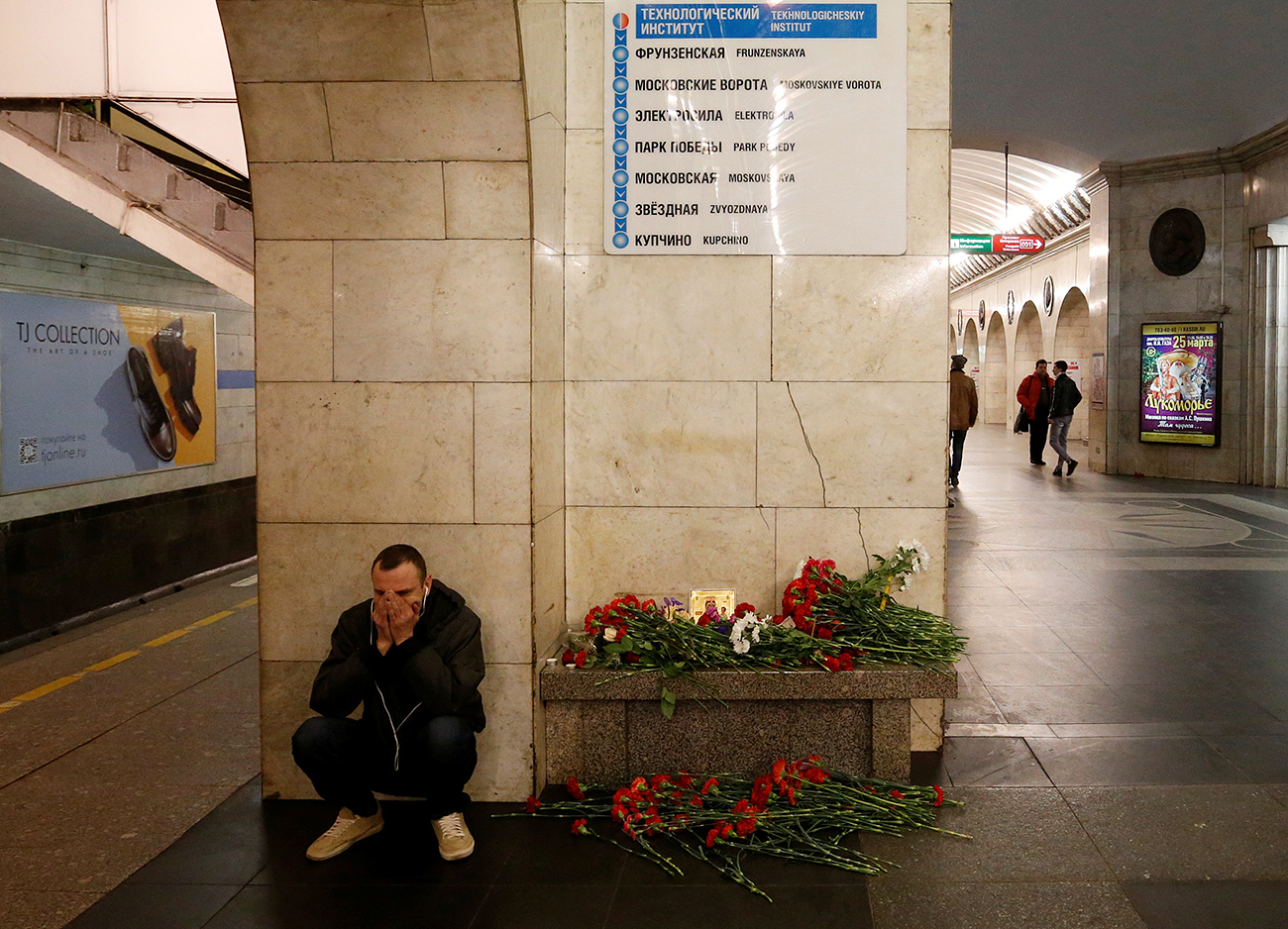 Reuters
The terrorist attack in St. Petersburg exposes a weakness in the country's defenses. The federal counter-terrorism measures established over the past few decades are no longer enough. Local authorities need to do more to combat the threat of low-intensity terrorism.

The terrorist attack in St. Petersburg constitutes a breach in Russia’s first line of defense against extremists. The crime, however, reveals more than just shortcomings in the city's defense against terrorism. The paradox is that the very fact of this type of attack is a sign of the effectiveness of the Russian security services.

Low-intensity terrorist attacks are now a major concern. A small and loosely organized terrorist cell can easily assemble two or three low-intensity bombs and detonate them in a crowded place. Such attacks are not on the scale of the Nord-Ost theater hostage situation in Moscow in October 2002, but they can still lead to tragedy. More than just conventional counterintelligence methods are needed to fight this evil, and the human factor remains a crucial component.

Extreme vetting of every individual is perhaps only possible in Israel, which is often mentioned as a model in counter-terrorism. Only 8 million people, however, live in Israel and they’re clearly divided into "us" and "them." Ensuring security in Israel is far easier than in larger countries, such as Russia or major EU nations. Not to mention that in the past 10-15 years, Russia’s security services  - unlike many others - have successfully tackled numerous threats. It’s relatively easy to make a small bomb, fill it with nails, wrap in a plastic bag to escape detection, and then detonate in a crowded place.

At the same time, expectations that a bomb exploding between stations will create a bigger blast wave are unfounded. Such a device could not possibly cause damage to more than one train car. Technologically, this terrorist attack was organized and carried out by amateurs. The same can be said about the fire extinguisher with two pounds of explosives and projectiles left at the Ploshchad Vosstaniya metro station.

The current public transport security system was created when terrorist attacks were a serious threat to national security, and today Russia’s security services can foil the evil plans of anti-government groups. We should thank the Russian security agencies for years of methodically neutralizing the threat of terrorism in the Russian Federation and beyond its borders.

Entirely eliminating the threat of terrorism, however, is not possible. Anyone with a certain amount of experience and imagination can plan major terror attacks that don't require penetrating highly guarded sites, but which are intended to have a huge public impact (one doesn’t want to utter specific scenarios but, believe me, they exist).

To protect against a low-intensity homemade bomb made in a garage and smuggled in "at random" (after all, it's the "will of Allah") is much more difficult.

Moving the fight against terrorism to the level of municipal authorities would be a very easy but poorly reasoned decision. Screening gates and scrutiny of physical appearances are the first level of defense; they are the "protection against a madman" which in St. Petersburg’s case didn't work. At the federal level there are plans and recommendations that when applied intelligently on the ground, produce satisfactory results. 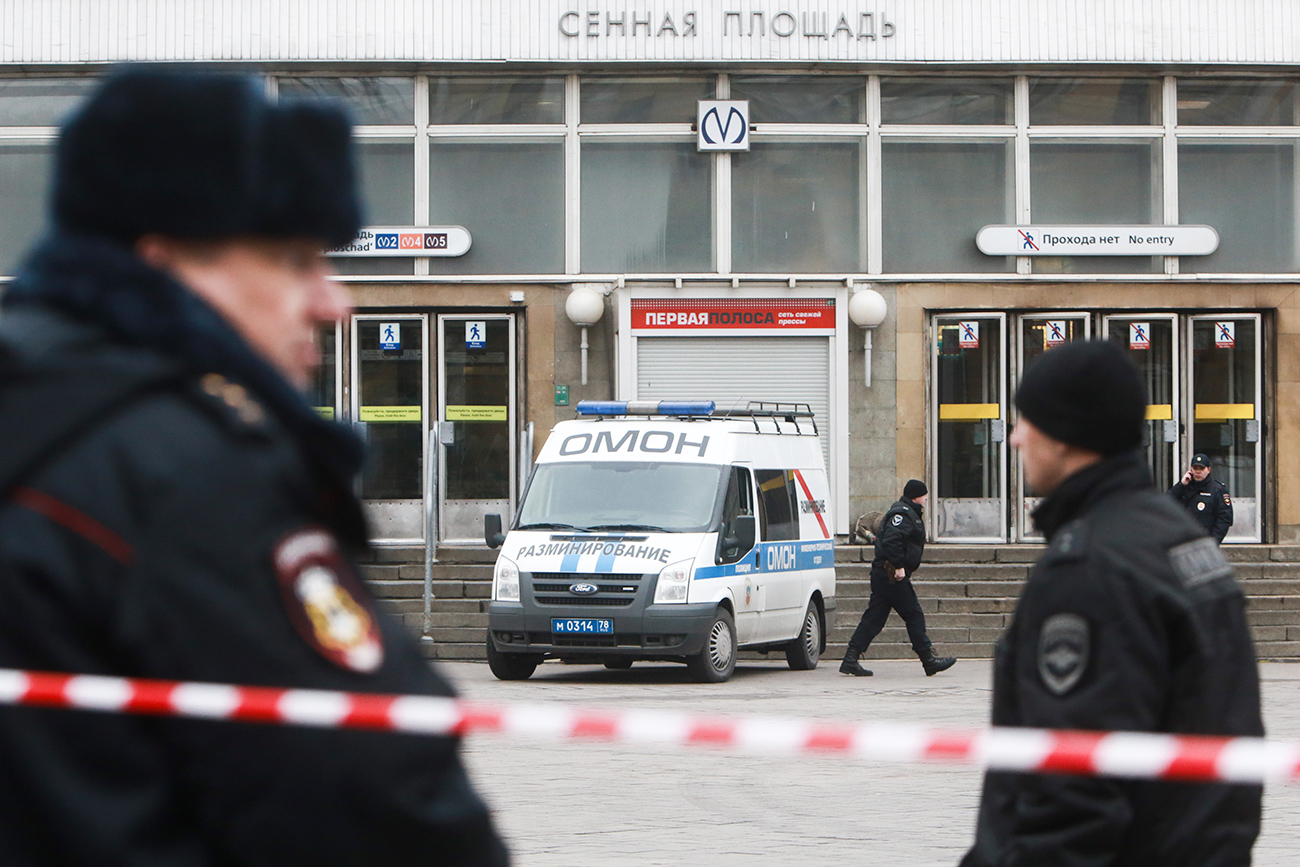 The only thing in doubt now is the readiness to face a new threat: the return to the Russian Federation of members of all sorts of terrorist organizations now fleeing Syria and Iraq. The attack on the National Guard in Chechnya falls into this category. The military camp’s outer perimeter was poorly organized, and everyone was too relaxed after many years of relative calm.

Nevertheless, the attack in St. Petersburg should prompt local authorities (and not just in the Northern Capital) to rethink basic anti-terror measures. While federal authorities will continue to deal with global terrorism, local authorities must also do something to protect people from amateur terrorists.