Should Moscow put a brake on rapprochement with Washington? 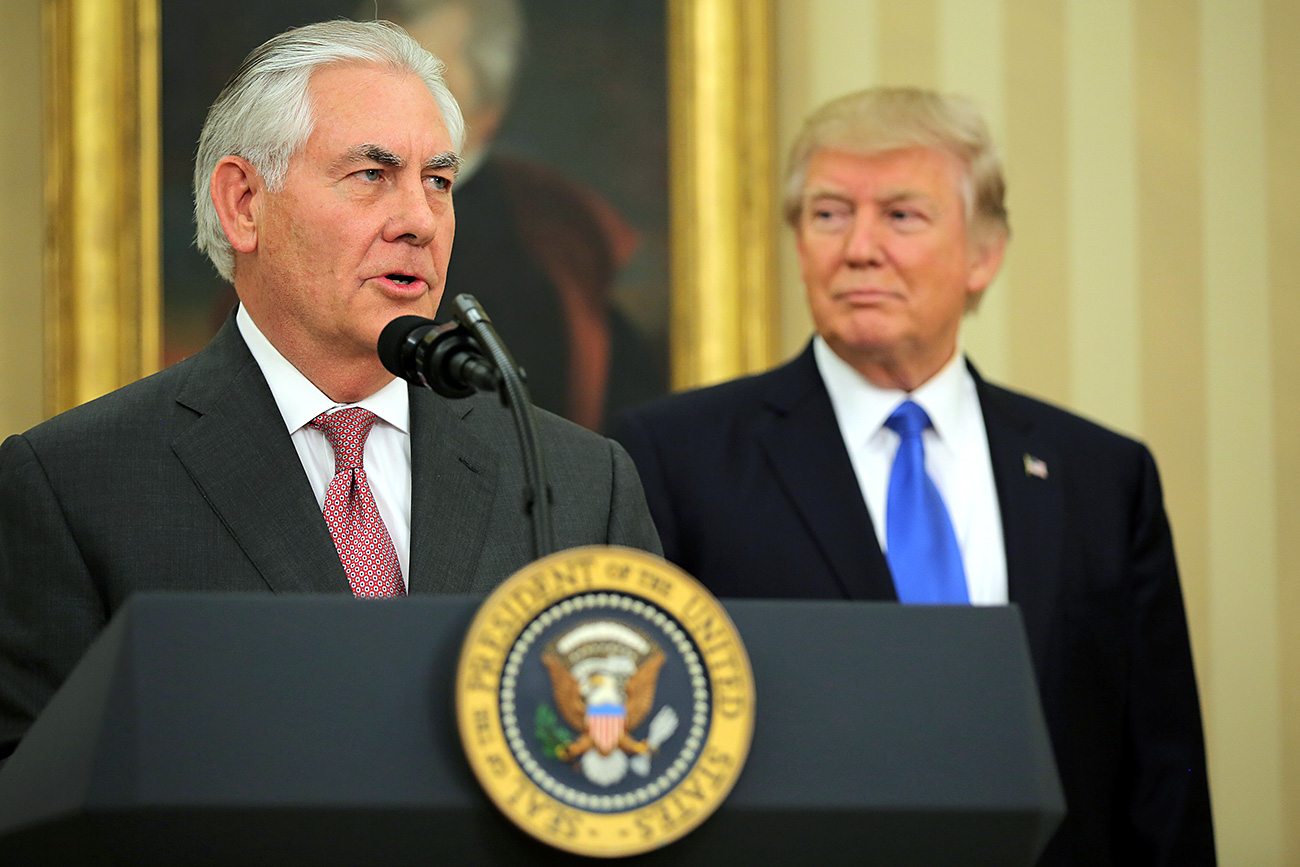 "As for Tillerson’s goal of “strategic stability” with Russia, rumor has it that Wess Mitchell, president of the Center for European Policy Analysis, might fill in Victoria Nuland’s shoes at the State Department."

Reuters
Three areas of cooperation with Russia outlined in a leaked U.S. State Department document might suffice initially for an amelioration of the currently dismal bilateral relationship. Yet, doubts persist that the Trump administration has enough dry powder to get a modest “reset” kick-started.

The classified documents with the seal of approval by U.S. Secretary of State Rex Tillerson have all the properties of a meticulously balanced framework agreement aimed at satisfying the demands of hardliners and moderates on Capitol Hill.

First, the paper states that Russian “aggressive actions” that hurt U.S. interests are “counterproductive for both sides.” This protocol platitude refers to allegations of Russian-linked hackers “meddling” in American elections (although not predetermining the vote count).

Moscow could retort by claiming that supervision and sponsorship by Victoria Nuland, former Assistant Secretary of State for European and Eurasian Affairs, of the 2014 coup d’état in Kiev, which resulted in the emergence of a nationalistic, erratic, and an almost failed state on the doorsteps of Russia, was a typical case of “aggressive actions” by the U.S. 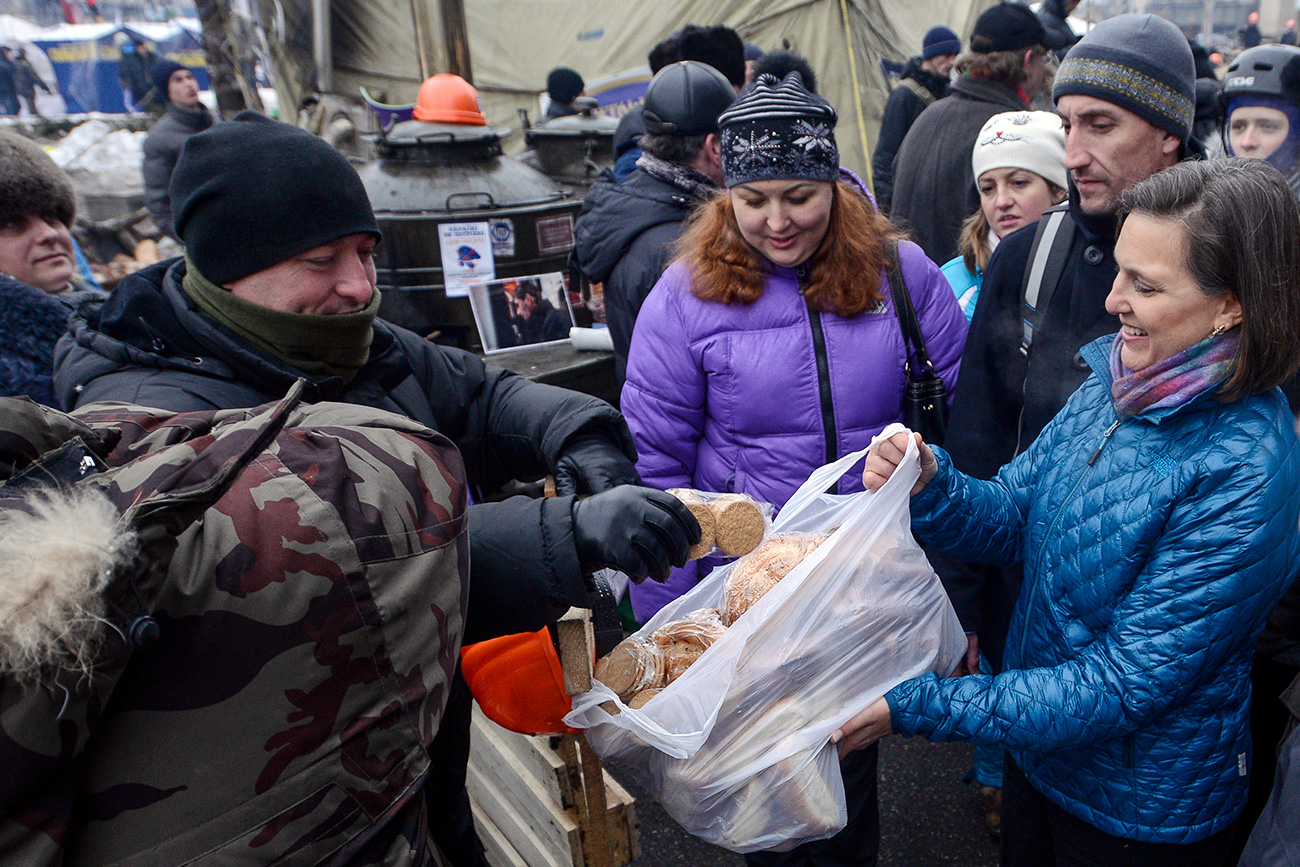 The second pillar of the document specifies certain zones of U.S. “strategic” interests, admitting the necessity to engage with Russia in handling regional conflicts (Syria, in particular) and regional troubleshooters (like North Korea), as well as the need to define what might be called rules of disengagement related to cybersecurity and cyberespionage.

It is fair to say that all the three subjects deserve to be termed, using EU newspeak, “projects of common interest,” provided that crisis resolution is not meant to benefit only the United States.

The third pillar is an emphasis on “strategic stability” in dialogue with Russia. Invariably, it would enable both sides to pursue long-term mutual geopolitical goals.

Will the suggested framework of partial and conditional engagement with Russia serve this purpose? Doubtful. For at least three reasons.

After the unconvincing cruise missile attack on a Syrian air force base near Homs, followed by the bombing of Bashar al-Assad’s allies near Al-Tanf, the U.S. military downed last Sunday a government Su-22 fighter jet. 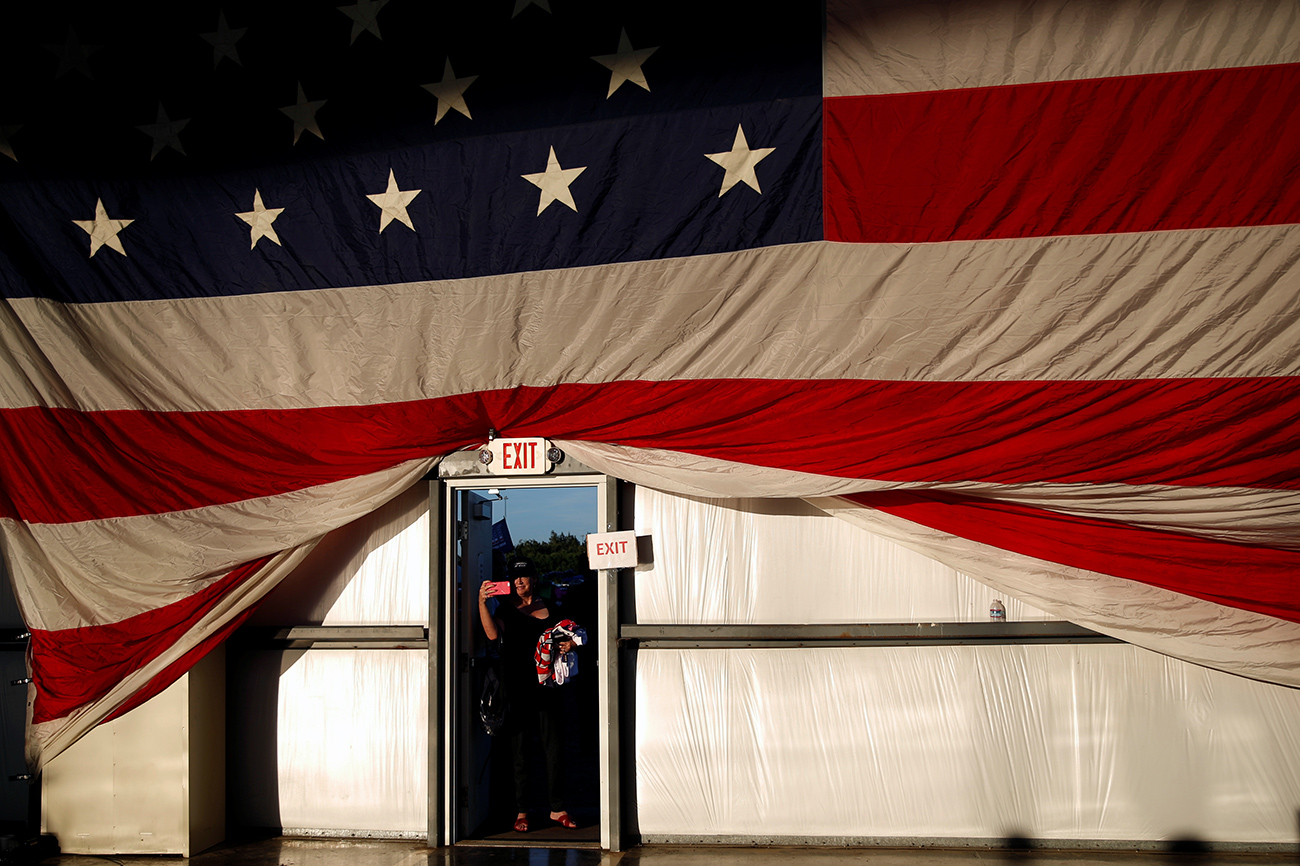 It does not look like an awkward mistake. On his first overseas trip, Trump assured his hosts in Riyadh that his administration fully backs Saudi Arabia in its time-honored and unbending schism and hostilities against Iran.

The U.S. and the West “now express more outrage at the use of gas – it blames the Assad regime for this, of course – than at the continued cruelty of Isis,” noted Robert Fisk, a Middle East correspondent at The Independent.

“It seems that Washington is now keener to strike at Assad – and his Iranian supporters inside Syria – than it is to destroy Isis,” Fisk concluded.

Moscow qualified the downing of the Syrian SU-32 as an “act of aggression” and warned that from now on it would track warplanes of the U.S.-led coalition flying west of the Euphrates River, and treat them as potential targets.

This does not leave much space for cooperation on the Syrian ground, and in the skies, between Russia and the U.S.

As for Tillerson’s goal of “strategic stability” with Russia, rumor has it that Wess Mitchell, president of the Center for European Policy Analysis, might fill in Victoria Nuland’s shoes at the State Department. Linked with the John Hay Initiative, a neoconservative-leaning policy think tank, Mitchell has a strong reputation as a Putin-basher.

It doesn't make it easier for pragmatists in Trump’s inner circle to improve relations with Moscow; if only this is not a cunning trick to shield the administration from attacks by the #Russiansdidit tribe of McCainiacs.

As a justification of the carefully calculated overture to Moscow, a senior State Department official made a telling admission, as circulated by BuzzFeed: "Right now, U.S.-Russian relations are in the gutter. We want to make sure it doesn’t flush into the sewer."

It might sound reassuring but it might not be good enough, neither to fend off charges from the “party of war” critics, nor to tame the untamable Russophobes of the old guard like Mitchell.

Furthermore, Tillerson’s three-pillar approach might fall flat due to “collateral” damage sustained on the domestic front.

Trump is under siege. Lt. Gen. H. R. McMaster, National Security Adviser, admitted that the U.S. president feels as if he is hamstrung in his ability to work with Russia to find areas of cooperation. This is largely due to a barrage of negative invectives of his alleged dealings with the ”Ruskies,” as Ronald Reagan used to denigrate his adversaries in the “good old days” of the Cold war.

Still, as an outsider confronting the “deep state,” Trump and his supporters face an all-out offensive by opponents, often crossing boundaries of morals and decency, thus undermining the pillars of representative democracy.

Recently, on June 14, James Hodgekinson, a former volunteer for Vermont Senator Bernie Sanders’ presidential campaign, arrived at the Virginia baseball field where Republican lawmakers were practicing, and asked, “Are these Republicans or Democrats?” – before starting to shoot.

As a result of this gun attack, House Majority Whip Steve Scalise (R-La.) suffered injuries and is still hospitalized. Judson Phillips in his article titled, “New hate movement gunning for bloodshed,” published in The Washington Times bemoans the extremes in the ideological discourse that have become routine in America.

“Manny Schewitz writing on a website called Modernliberals.com said he did not have an ounce of sympathy for Congressman Scalise. Scalise’s 'crimes?' that merited such hatred from this liberal? Scalise is a conservative.”

In March, former U.S. Attorney General Loretta Lynch astonished even her supporters by making a video appeal calling for people to “march, bleed and die” resisting President Trump. As some American experts point out today, Lynch who actually called for blood on the streets, “got her wish.”

In May, Hollywood comedian Kathy Griffin disseminated a photo with her holding a decapitated and bloody mock head that resembled President Donald Trump; she later apologized, saying that she "went way too far."

The chronicles of the deep divide in American society that provokes sectarian violence are full of such reports as: “Starbucks staff harasses Trump supporting customer," or “Shots fired at a truck flying ‘Make America Great Again’ flag.” And also, “Time Warner defends funding ‘assassination play’” – this is the one where the key scene of Shakespeare’s play is depicting the murder of Julius Caesar who wears a wig to resemble Donald Trump.

This latest surge in sectarian violence in the U.S., engulfing both physical and verbal abuse, pitting various political tribes against each other, is truly a worrisome development for the American public and the outside world.

Could anyone imagine it happening in the America of yesteryear, the America enjoying the docile post-Vietnam syndrome, or dizzily complacent after allegedly winning the Cold war? Hardly.

It looks like Trump's opponents and the entrenched bureaucracy of the “deep state” linked to them are gradually radicalizing.

The internal feud within the U.S. political class presents a formidable challenge for U.S.-Russia relations. What should Russian leadership opt for?

There are several options, of which four are apparently on the table of Kremlin strategists, depending on their ideological leaning and ability to embrace a pragmatic approach.

First, Moscow could take a laid-back attitude and simply enjoy the deepening schism in the U.S. establishment in the logic of the “zero sum game” favored by the tenets of the Cold War and the “black-and-white” world.

Second, the Kremlin could continue to worry about the growing unpredictability of Trump’s presidency since he seems to respond to pressure by following the neocons’ agenda, such as bombing pro-Assad forces in Syria, bullying North Korea, playing hardball with China, back-rolling detente with Cuba, disciplining Europeans, sanctioning Russia, and etc.

Third, Moscow could take a pause by prolonging the current wait-and-see policy, expecting the ongoing duel between pro-Trump Republicans and the “deep state” symbiosis of hardline Republicans of the McCain type and Democrats of the Obama-Clinton clan to end, in one way or another.

Fourth, Putin’s government could attempt conditional engagement of the Trump administration on particular issues of common interest that present similar security risks: such as fight ISIS in good faith and avoid incidents on the ground, prevent an escalation of the low-intensity conflict in Eastern Ukraine, cooperate on resolving the intensifying U.S.-Iranian deep-seated hostility, and etc.

Deplorably, some Moscow pundits claim, with some evidence to back up their assertion, that an embattled Trump is a weak partner.

As long as Trump remains an embattled U.S. president with limited capacity to conduct a confident and independent foreign policy, the chances of a reset in bilateral relations looks either slim or even impossible. For the moment, regrettably, U.S.-Russian relations could really end up being “flushed into the sewer.”

Read more: Can NATO and Russia avoid a war in Europe?