Full 'stream' ahead: Will Siberian gas heal ties between Moscow and Turkey? 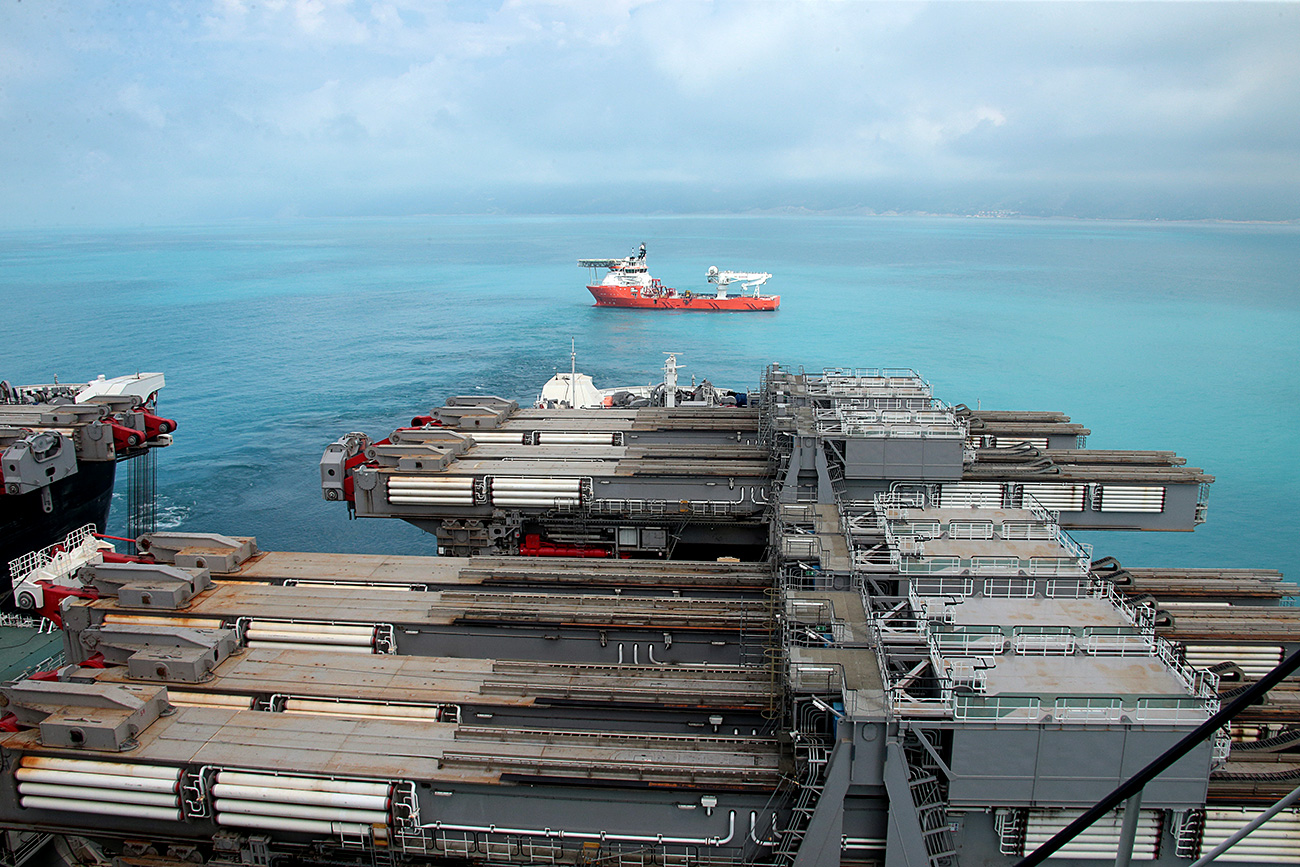 "Putin’s de facto blessing of the long-stalled project may reflect the commercial importance of the new gas artery feeding Turkey."

To announce the launch of Russia’s daring offshore pipeline project, President Vladimir Putin phoned his Turkish counterpart Recep Tayyip Erdoğan from aboard the ship “Pioneering Spirit” in the Black Sea.

Putin’s de facto blessing of the long-stalled project may reflect the commercial importance of the new gas artery feeding Turkey, but perhaps more importantly it also highlights improved relations between Moscow and Ankara.

The Turkish Stream gas pipeline comes on the heels of its defunct predecessor. At the end of 2014, the South Stream pipeline project - which was designed to span the Black Sea, and end up in the Bulgarian city of Varna - was declared null and void.

The opposition to South Stream was immense. The European Commission strongly objected to additional volumes of Siberian natural gas, claiming it piled “dependency” on Gazprom, the main producer and only gas export license holder in Russia. Bulgaria was held hostage because the EU member state needed approval from Brussels to proceed with the project.

Gazprom also refused to cut off its transportation branch and turn it into an independent entity in accordance with the EU Third Energy Package regulations.

This time, Gazprom will build a two-line pipeline stretching over 1,100 km and capable of  supplying 31.5 billion cubic meters per annum (bcma) - this pales in comparison to the original ambition of the South Stream project, which envisaged a capacity of 63 bcma.

Turkish Stream’s first line will be finalized in March 2018, and the second will be completed in 2019.

Originally, the pipeline was designed to match its ill-fated predecessor, but it has been cut back given the uncertainty over how long the obstruction policy pushed by the European Commission in the energy field will last.

The scaling down of the endeavor helped decrease investment from $13 billion to $6 billion, thus allowing Andrei Kruglov, deputy chairman of Gazprom’s Management Committee, to announce on June 11 that the Russian company would be able to finance the project alone.

As a result, sanctions imposed by the U.S. and the EU will not affect the pace of construction.

At a time when the Greece-Bulgaria gas interconnector (ICGB) was the talk of Sofia, the capital city of Bulgaria, the crucial question was this: Where would gas to fill the ICGB come from?

In an interview with Deutsche Welle on Jan. 5, 2016 Bulgarian Prime Minister Boiko Borysov pinned hopes mostly on gas pumped along the EU-supported Southern Corridor from Azerbaijan’s Caspian offshore fields. The second source named was Turkmenistan (provided Azerbaijan and China agree). The third option: The new offshore discoveries in the Bulgarian and Romanian sectors of the Black Sea.

It must be noted that Borisov did not exclude receiving some Russian gas, provided deliveries comply with EU regulations.

Recently, those who love a conspiracy would have enjoyed reports that Gazprom and Austria’s OMV are allegedly engaged in secret talks about bringing the South Stream project back to life. If true, it would revive the original route for Russian gas pumped across the Black Sea to Bulgaria’s shores, before being transited to Serbia, Hungary, and Austria.

More than a year ago, a letter sent by the President of the European Commission - Jean-Claude Juncker - to Bulgaria’s President marked a conspicuous departure from a rigid stance. While backing the concept of a Balkan gas hub in Bulgaria, Juncker did not exclude deliveries of Russian gas “provided it is in full conformity with EU regulations.”

Immediately after, Borisov called the Kremlin, informed Putin of this new flexible stance taken by the European Commission, and reiterated that the Bulgarian sea ports of Varna and Burgas had stockpiles of pipes in preparation for South Stream’s construction.

Remarkably enough, the Kremlin’s spokesperson said Moscow did not pit Turkish Stream against South Stream, hinting that both had the right to be considered (and subsequently implemented?).

Apart from traditional references to the Russian and Turkish “strongmen” finding a common language, European media coverage of the Turkish Stream launch was somehow muted. There are probably two reasons for this. 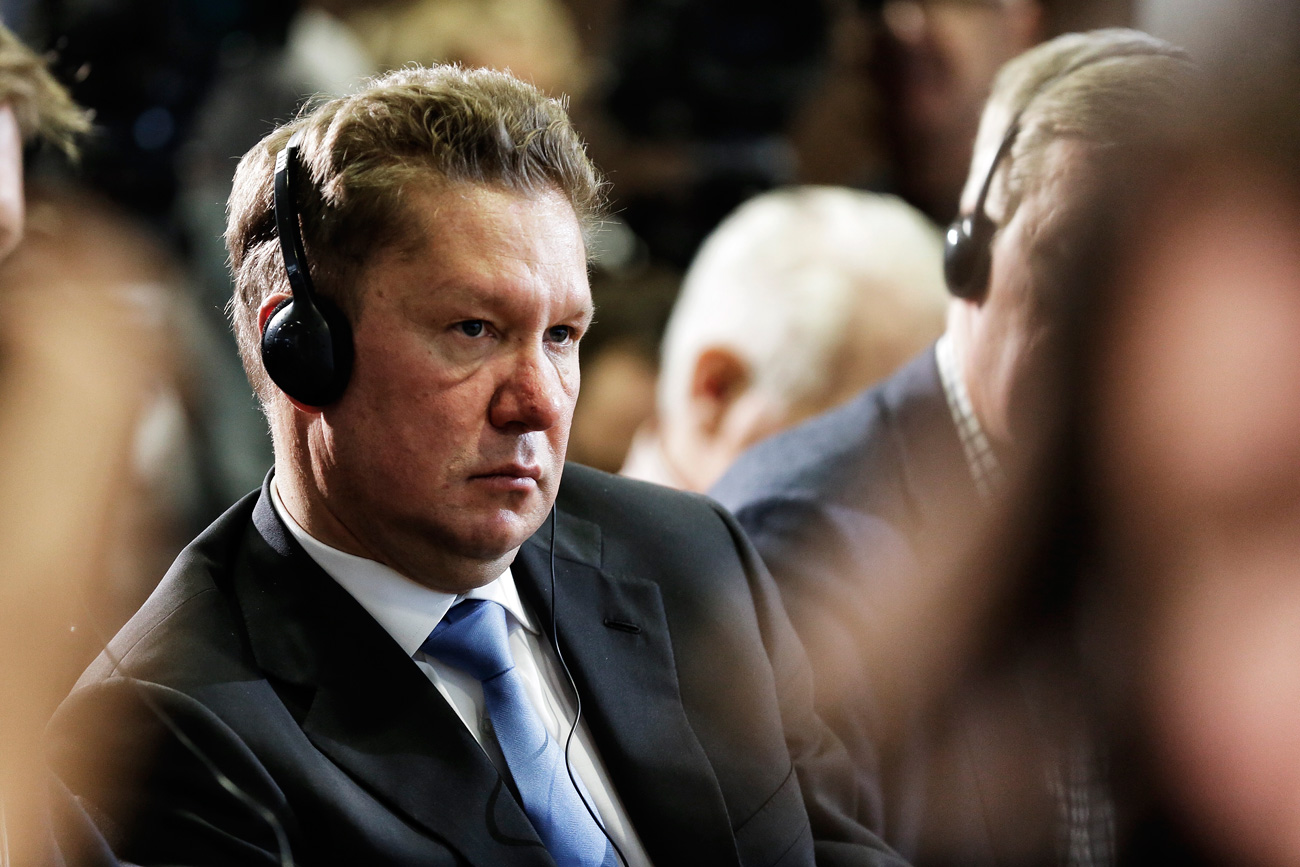 First, the dire state of dialogue between the EU and Turkey on an official level limits the prospect of better relations. Turkey might be on the “indefinite” waiting list to join the EU, although it’s no longer a priority for Erdoğan, but the current bellicose atmosphere is detrimental to the interests of both sides.

Secondly, some European nations are slowly awakening to the reality of tomorrow’s energy procurement. The heralded Southern Gas Corridor - facilitating delivery from Azerbaijan, Turkmenistan, and probably Iran and Iraq - increasingly looks like a less viable alternative to Gazprom.

With the hostilities in Iraq, the heating up of another war of words between President Donald Trump’s America and Iran, and the unwillingness of China to share the hydrocarbon riches of Turkmenistan - only Azerbaijan looks ready and able to feed gas to European consumers.

There’s no doubt Baku will honor the commitment to ship 16 bcma to Turkey and Europe through the TANAP/TAP pipeline after 2018.

However, the actual volumes of gas found under the Caspian seabed will not last for more than 40 years, experts estimate - which undermines the promised surge of Azeri gas deliveries to Europe.

Then again, the offshore location of gas fields demands sophisticated technology and it affects the final price. Caspian gas is not cheap. Moreover, if heavy winds and storms rage over the “watery plain,” extraction has to be halted. It does not make for sustainable production and shipment.

Turkey, where gas demand growth is the second highest in the world, trailing only China, is well aware of it, and would feel more comfortable with cheaper Russian or Iranian gas.

The intrinsic handicaps of Azeri gas deliveries, the yet unmaterialized phantoms of the offshore Eastern Mediterranean exports to Europe, and the highly priced LNG cargoes from Qatar and the U.S. can hardly substitute the cheap pipeline shipment of Siberian gas.

Does anyone remember the Nabucco pipeline project thought to be sourced with gas from Caspian fields? It was an epic fail of pan-European proportions.

Diplomatic feather in a cap

After the downing of the Russian Su-24 military jet by the American-built Turkish Air Forces’ fighter, no one expected bilateral relations to recover in a matter of seven months.

The brutal murder of Russian Ambassador Andrei Karlov on Dec. 19, 2016 in Ankara could have derailed the rapprochement. It did not happen.

Today, after the launch of Turkish Stream the malevolent naysayers have ended up disillusioned once again. Another formidable, albeit cut to size, infrastructure project with commercial and geopolitical consequences has started to take shape.

It’s too tempting not to note that #Russiansdidit by propping up the never easy, always turbulent yet inherently beneficial (when on the right track) relationship with it closest southern “big” neighbor, Turkey.

Read more: Have Putin and Erdogan managed to strike a deal?>>>