The towing of the "Cruiser Aurora" in St. Petersburg 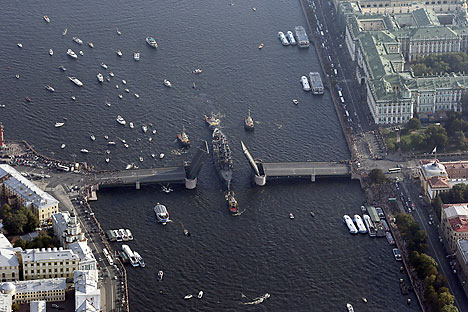 An aerial view shows tug boats towing the "Cruiser Aurora" along the Neva River in central part of St. Petersburg, September 21, 2014. The former cruiser, which was used during the Russian-Japanese War in 1904-05 and the October Revolution in Russia in 1917, is towed for planned repair works, according to local media. Source: Reuters/Stringer