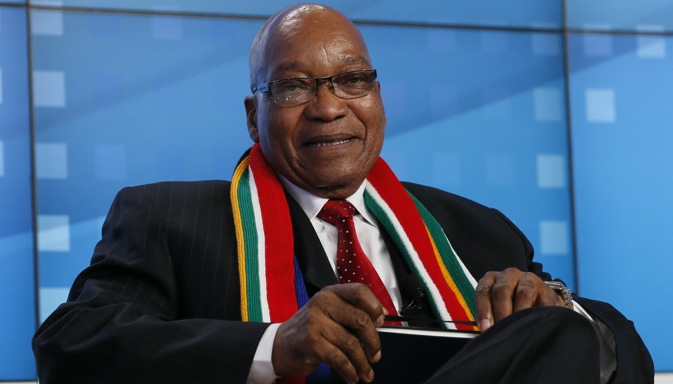 Negotiations will go down to the wire at the meeting of the BRICS finance ministers in Durban that will focus on resolving key issues relating to governance and functioning of the bank.

DURBAN: The BRICS grouping is set to silence skeptics when the leaders of the five emerging economies walk the talk and unveil the establishment of the South-South Development Bank in the coastal city of Durban March 28.

The bank is a potential game-changer in the grouping's larger strategic objective of leveraging the South’s growing economic heft to democratize global institutions of governance and challenge the hegemony of the West-dominated Bretton Woods twins.

Indian officials familiar with latest developments have disclosed that despite some differences on some issues relating to modalities of the bank, the eThekwini Declaration will unveil the setting up of the BRICS Bank and underline that it is “workable and feasible.” The declaration will also spell out a broad overarching vision of the Bank as a catalyst in infrastructure-building in Africa and in the global south.

South African President Jacob Zuma has struck an upbeat note about the prospects of the Development Bank, which is poised to be the showpiece outcome of the fifth BRICS summit.

“BRICS is not a talk show. It is a serious grouping,” Zuma told reporters March 25 at the presidential guesthouse in Pretoria. “We are able to discuss things and take decisions. If, for example, we talk about the eminent establishment of a development bank, we discussed this a while ago and immediately charged our finance ministers to work on a modality. We are now ready to launch it,” he said.

Chinese President Xi Jinping, too, has voiced hopes for “positive headway” in establishing the bank.

Negotiations will, however, go down to the wire at the meeting of the BRICS finance ministers in Durban (March 26) that will focus on resolving key issues relating to governance and functioning of the bank. In fact, a subtle power play and jousting for influence has begun, with Beijing flaunting its considerable financial muscle in a bid to control the Bank and assert its preeminence as the most powerful economy in the grouping.

The negotiations on modalities of the bank will, therefore, require intense and deft diplomacy. The finance ministers, said Indian officials, will make recommendations for setting up the Bank and its role, but will probably leave key issues like the corpus of the Bank, governance structure and voting rights to be decided over the next one year. These issues may take up to one year to decide and the bank may take 2 to three years to become functional, said Indian officials. The Bank, therefore, cam be expected to become functional only in 2015-16, and will require close-knit solidarity and congruence of perspectives among BRICS countries to make it work.

There could, however, be a last-minute breakthrough on the initial corpus of the Bank at the finance ministers’ meeting March 26. The finance ministers of the five countries are keen that they agree to a fixed corpus amount, a key step that will enhance the credibility of the Bank and will get a powerful message across that the BRICS means business.

Indian officials said India is in favour of the initial capital of $50 billion to launch the fund, with equal contribution of $10 billion from each BRICS country. China, the world’s second largest economy and the BRICS’ largest economy with $3.2 trillion in foreign exchange reserves, is plugging for $100 billion corpus fund. China’s ambitions to control the Bank has caused some concern in New Delhi, specially after Beijing indicated that it is ready to pay up a part of the share of countries like Brazil and South Africa who can’t afford a huge funding commitment. India is expected to oppose the Chinese proposal as a bigger share of funds will give China greater voting rights in the new Bank and will provide a handle to Beijing to set the agenda. This will negate the ethos and basic principle of equity that underpins the proposed new Bank, said Indian officials. India, Asia’s third largest economy, will be proactive in shaping the modalities of the Bank and will ensure that Beijing’s ambitions do not subvert the core principle of equity and the larger strategic objective of democratization of international institutions of economic governance. There is a growing consensus that the new Bank should not duplicate the asymmetries of the Bretton Wood institutions, the World Bank and the IMF. To resolve issues relating to the corpus fund of the Bank, India has suggested that all BRICS countries should put in equal contributions and have the same quota of votes, but could open the Bank’s membership to advanced economies to plug the shortfall. In this scenario, while the BRICS collectively will put in 70-80 per cent of votes and funding, the outsiders could be allowed to contribute funds.

While the modalities of the Bank could take up top 2-3 years to become operational, there is a broad consensus on what the Bank will do. All BRICS countries are more or less on the same page over the core function of the Bank. The Bank’s primary role will be to spur infrastructure-building and development in the emerging countries and the larger global South. More important, the Bank will act as a defender and guarantor of interests of developing countries and is likely to accelerate the reform of the West-dominated global financial governance institutions to accommodate surging aspirations of the developing world. The leaders of BRICS countries will also be pushing for higher voting quota for developing countries in Bretton Woods institutions and the reform of the UN Security Council.

The writer is Editor-in-Chief of India Writes (www.indiawrites.org), an online magazine-cum-journal focused on international affairs, the India Story and promoting dialogue among cultures. He is in Durban to report and analyse issues and outcomes of the 5th BRICS summit.