More Russian politicians blog at their own risk 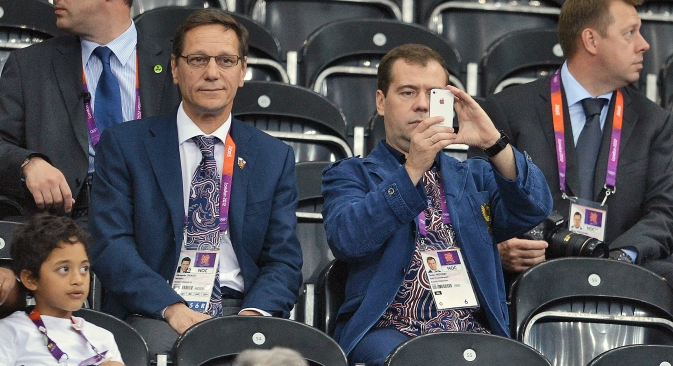 Having a blog is a modern trend in Russia's politics. Yet sometimes it results in high-profile scandals.

Having a blog is the new fashion among Russian politicians, who are creating increasing numbers of accounts on social networks. Yet this cutting-edge form of reaching out to their voters sometimes results in high-profile scandals.

Chechen leader Ramzan Kadyrov runs a blog on Instagram, and his press service claims that it is the most quoted blog among politicians of this rank. Indeed, a most extraordinary thing happened recently: Kadyrov established the new Ministry for Cooperation with Civil Society in Chechnya and made Arbi Tamaev, his Instagram follower, its head.

Alexei Goreslavsky, president of Agency One (a leading communications agency), believes Kadyrov’s Instagram project to be one of the most successful initiatives of this kind among politicians:

“Kadyrov has achieved a unique mix of reliability (photoproof) and interactivity (you may comment but you may not start discussions). Giving your active follower a government position is an example of modern populism, an attempt to have fresh staff and make a high-quality, popular show out of it.”

Up until 2008, Russian politicians with their own blogs could be counted on the fingers of one hand. The Russian blogosphere was then revolutionized by Dmitry Medvedev, a noted Internet enthusiast who was elected President in 2008. He repeatedly called on Russian politicians to launch blogs.

The pinnacle of his campaign was his visit to Twitter headquarters in San Francisco during his stay in the U.S. in 2010. He opened his Twitter account while at the Twitter office and his debut read: “Hello everyone. I am now on Twitter and this is my first message.”

Since then, having their own blogs on social networks has become the fashion for Russian politicians. As a rule, they have two kinds of account: official blogs run by their spokespeople and personal ones. There have been no emergencies with the first group of blogs, while message posts on personal blogs often cause scandals.

In October 2010, Dmitry Zelenin (then governor of Tver Region some 125 miles from Moscow) allegedly discovered a bug in his salad bowl at a reception in the Kremlin and immediately posted a picture of it on his Twitter page.

Moments later, that very bug started its own blog, forecasted Zelenin’s resignation and announced that the new governor of Tver Region would be… a bug. The forecast was slightly off, however: When Zelenin resigned eight months later, a man took over, not a bug.

In February 2012, one more governor gained notoriety with the help of Twitter: Alexander Tkachev, head of Krasnodar Region.

The region is home to all of Russia’s Black Sea resorts, about 870 miles from Moscow. A local resident complained to the governor about his low, 15,000-ruble wage (around $500), and the governor recommended that he change his job. Internet users searched their memory and finally remembered the phrase “Let them eat cake,” commonly attributed to Queen Marie Antoinette, who, before the French Revolution, was reported to have recommended that peasants starving for bread eat cake instead.

Are politicians running a high risk when they communicate directly with citizens on social networks? Moskovsky Komsomolets, one of Russia’s biggest newspapers, recently made a couple of stinging remarks about a few female members of the Russian parliament, using the term “political prostitutes” that was coined decades ago by Vladimir Lenin.

Andrei Isaev, a member of United Russia (the majority party in the parliament), immediately tweeted: “You small scum, relax. We don’t care about you. But there will be severe retaliation against the editor and author.”

Readers were trying to guess what exactly Isaev threatened to do, which caused a major scandal.

Some politicians are well aware that social networks are a high-risk zone. Deputy Prime Minister Dmitry Rogozin, who used to have 125,000 followers on Twitter, has announced that his blog will be written by his assistants. Earlier, he had made very pointed remarks about the Pussy Riot case and Madonna’s tour in Russia.

Ivan Zasursky, editor-in-chief of the Private Correspondent online newspaper, believes that, if you keep a blog, you inevitably put yourself in jeopardy: “Everyone makes mistakes, but the question is how well people detect the anger and stupidity of the author, how they interpret their viewpoint: if you are not driven by negative emotions, if you don’t lie, you won’t make a truly big mistake.”