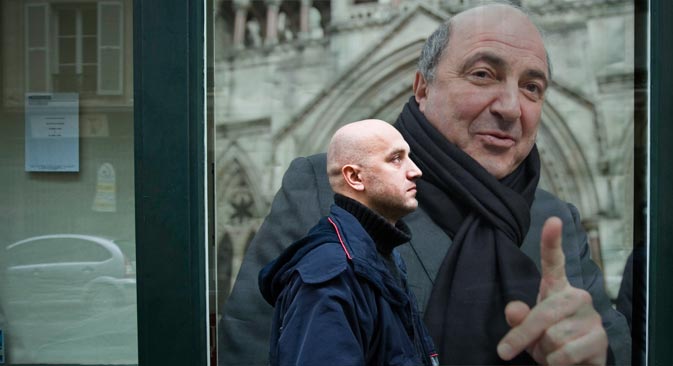 Berezovsky should have stayed put in Russia and gone to prison.

How bad does that sound?

For better or worse, that’s what I truly think. And it would have saved him.

The day after the news broke about his death, many of my friends simply could not accept that he might have committed suicide. “No way, his kind don’t kill themselves,” they said.

But from where I stood, his suicide was clear-cut. Such an end to such a life is as logical as it gets.

Boris Berezovsky was like molten metal, able to assume any form. In a sense, you could say that for him, amorality was natural and organic.

Nor did his darker deeds appear to be born of base motives. He clearly reveled in his participation in that dizzy game we know as “Russian history”. And his place as “the Tsar’s Jew”, as he himself put it, was right up his street. Berezovsky was an artist, a gambler and dreamer, anything but a drab Russian bureaucrat concerned only with power and how to maintain his position.

And neither business nor politics could satiate him. He wanted to take on Providence itself.

Opinion. Berezovsky: The faded face of a bygone era

That said, Berezovsky will however still go down in the annals of that same Russian history as a man of ill repute, an utter chancer and villain. I was tempted to add thief, but in 1990s Russia, anyone who amassed a vast fortune while being cosied up to the country’s rulers plundered and usurped the common pot. Every last one of them.

But unlike many others, Berezovsky not only feathered his own nest, but embraced everything he did with almost dashing verve.

In 1991, while his colleagues sat back after the dismemberment of the Soviet Union, he founded the “Triumph” award, which was bestowed upon genuinely outstanding Russian poets, musicians, artists, directors and ballet dancers.

Look at the list of prizewinners today, and it is almost uncanny - there is barely a single lightweight among them. So as far as his artistic taste was concerned, Berezovsky was spot on the ball. 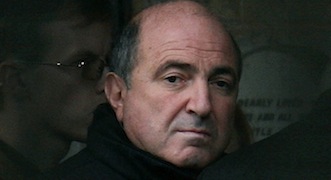 They say he spent some $30 million from his own pocket to secure the release of a large number of hostages in Chechnya. Sure, these flush Chechens then used the money to buy a stack of weapons to shoot at my fellow countrymen with.

But who can say what was right at the time, and the fact remains that Berezovsky took it upon himself to save some hostages.

He is also said to have given 320,000 pounds to the Queen’s cousin, Prince Michael of Kent, when he was struggling to pay the for the upkeep of Kensington Palace.

It was a voluntary gesture of course, but “bailing out the Queen’s cousin“ certainly sounds good, plenty of ‘verve’, you might say.

And Berezovsky was supposedly the only person who, after the Karmadon Gorge tragedy when an avalanche buried the film crew of the son of Russian director Sergei Bodrov, dipped straight into his pocket and allocated an extremely large sum of money for the search for survivors.

And while the other fat cats looked to the heavens as if to say “Let thy will be done”, Boris, as we well know, preferred to rely on his own will to move mountains.

In other circumstances, he could have been anyone he wanted to be. In the Stalin era, the political elite was rife with such types.

On the one hand there were the iron-jawed People’s Commissars, and then there was this breed of gambler and artist with feverish eyes  and boundless energy, leaders of Polar expeditions, founders of the one of the most formidable intelligence services in the world with the hardest code systems to crack, and yes, the people who set up the labour camps too.

But my point is that Berezovsky did not have any defining political views. In the Soviet Union, he was a member of the Soviet Communist Party and took this role very seriously.

In post-Soviet Russia, he was one of the most prominent faces of the liberal-bourgeois movement, with all the associated ‘Russianness’ in his neutralization of rivals and purchase of media and politicians alike, both on a small scale and in bulk. In this sense, he and Mikhail Khodorkovsky are almost indistinguishable.

But even if Russia had taken a new and radical "left turn", Berezovsky would have immediately found his feet in this environment too.

In his formative years in the Soviet era, he received the Lenin Komsomol Prize, which was never awarded lightly, went on to become a fellow of the Russian Academy of Sciences. All in all, a genuine, first-rate academic.

“Catch me if you can” was of course just as applicable to Boris Berezovsky as any other mover and shaker of the time. From 1999, he was subject to a fraud and money laundering investigation by the Swiss prosecutor’s office.

And from 2001 he was wanted in Russian on the same charges, plus attempted armed overthrow of the state. Brazil also issued a warrant for his arrest through Interpol for fraud and yes, you guessed it, money laundering, via his football club.

Then Latvia denied him entry. Berezovsky’s political interests in this country were so extensive and unbridled that this could have resulted in a small putsch there too.

So he was surely surprised himself at the speed at which his  fortunes began to change. He had only just ushered Vladimir Putin into power, having sidelined all of his rivals. Apart from his millions too numerous to count, Berezovsky owned five of the largest Russian newspapers, “Nashe Radio” and two TV stations including Channel 1, the country’s main channel.

And then, abruptly, he flew out of Russia, like a cork from a bottle of champagne that he had shaken up before it popped and doused the place with a furious lashing of foam.

The newspapers and TV stations of course got left behind. But never mind, Berezovsky still had a few things up his sleeve, like the exquisite Fisher's Island off the coast of Miami, a resplendent palace in Marrakesh, not to mention other consolation prizes like the Borzhomi mineral water factory and the Magticom telecommunications provider in Georgia.

With these assets, he could have led a very long, pleasant and replete life with barely a care in the world. Or he could kick up a stink. Without pausing for thought, Berezovsky chose the latter.

As illogical, irrational and nonsensical as it was, it is hard not to admire him for this at least. Berezovsky would not have been Berezovsky if he‘d taken the easy route, so he kept going forward as long as the blood pumped in his veins.

He changed his name to Platon Elenin in the hope of evading the  fate that was fast taking shape before him, and resolutely blew a fortune of billions - on what we cannot say.

He sent hefty sums of money to politicians, opposition leaders and fly-by-night characters who had stayed in Russia, but where all his money went, no one knows for sure.

Just as he had been ruthless to people in his time, so they were ruthless to him now. Berezovsky was cheated, bankrupted and stiffed over by just about anyone who could get away with it. And he even gave a few of them a helping hand - his last wife alone got a divorce settlement worth 220 million pounds.

But his own fate eventually demanded so much of a settlement that no amount of sterling would cover it. With this knowledge weighing on him, he made more and more mistakes, bluffed too much and looked increasingly desperate as a result. And he played his hand out alone, with fewer and fewer onlookers.

During his court battle with Roman Abramovich, which as we now know was Berezovsky’s last gambit to salvage his fortune and restore his reputation, he lied incessantly and demeaned himself to an extraordinary extent, as was reflected in the judge‘s comments: “On my analysis of the entirety of the evidence, I found Mr. Berezovsky an unimpressive and inherently unreliable witness, who regarded truth as a transitory, flexible concept, which could be moulded to suit his current purposes.

“At times the evidence which he gave was deliberately dishonest; sometimes he was clearly making his evidence up as he went along in response to the perceived difficulty in answering the questions in a manner consistent with his case; at other times, I gained the impression that he was not necessarily being deliberately dishonest, but had deluded himself into believing his own version of events.”

Such a superb diagnosis then changed before our very eyes into an epitaph. Berezovsky was barely taken seriously in Russia at this stage, and then they stopped taking him seriously in Britain, too.

As I have said, he should have returned to Russia and gone to prison. Even better would have been his abduction from Britain to face the music back home.

It is hard to imagine who he would have been when he finally emerged from behind bars. A prisoner of conscience or godfather of the jail perhaps, an Orthodox thinker, wacko visionary or poet. Or all of these rolled into one. But he would have come out, that much is sure, and that would have been a good outcome for him.

But the way it actually ended was also not as bad as it could have been.

Our age is so devoid of mythological spice. Everything seems somehow shallow and trite. Berezovsky, as we can now appreciate, was neither of these. But over the past 15 years, he steadily changed from the Kremlin’s grey cardinal and nigh on the most influential person in the largest country in the world into a caricature of himself. To assure his place in history, which he longed for far more than wealth and women, he needed a tragedy, at any cost.

According to Orthodox tradition, those who commit suicide are not buried in a cemetery. They are supposed to land in hell. But even if Berezovsky had not killed himself, he would still have had plenty enough chances to get there - and who there would not welcome him?

I cannot say if a single word of man means much down there, but it boils down to this: Yes, Boris Berezovsky inflicted great evil upon my country and to those who are closest to me, the Russian people. For this he can probably expect little forgiveness neither on Earth nor in Heaven.

But still I ask just one thing of those who are now performing the final analysis of his case - to please forgive him.

This article has been abridged from the original version. It can be read in its entirety in Russian at Svobodnaya Pressa Magazine