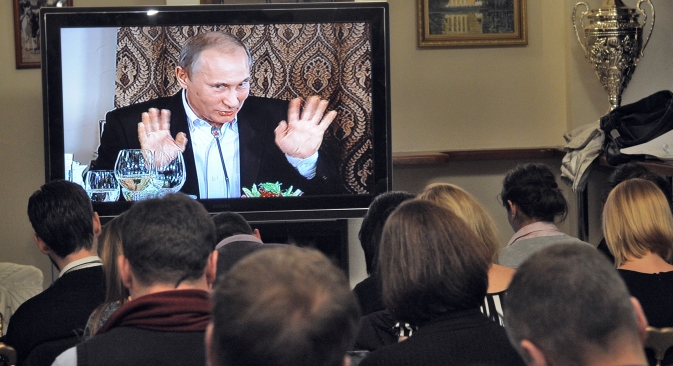 RBTH sat down with Fiona Hill, who serves as the director of the Center on the United States and Europe and a senior fellow in the Foreign Policy Studies Program at The Brookings Institution. Hill co-authored the book “Mr. Putin: Operative in the Kremlin,” which aims to help Western audiences understand the enigmatic Russian leader.

First and foremost for Western readers, “Mr. Putin: Operative in the Kremlin,” written by Brookings Institution senior fellows Fiona Hill and Clifford G. Gaddy, offers a kind of psychological study of Russia’s top politician. “The Statist,” “The History Man,” “The Survivalist,” “The Outsider,” “The Free Marketeer,” “The Case Officer” – according to Hill and Gaddy, these identities combine to form Putin’s true personality.

Russia Beyond The Headlines: While working on your book, have you had any new, exclusive information? Have you tried to interview Putin himself?

Fiona Hill: We’ve had an opportunity to essentially interview him, because we have been taking part in Valdai Club discussions since 2004. So we used these expert meetings with the Russian president, in many respects, to kind of interview him. Also, we watched him for hours.

Since I joined Brookings in 2004, I have spent an enormous amount of time watching Putin’s every presentation on Russian TV and Internet, analyzing his pronunciations and even body language, which also tells you a lot. So I had a lot of open and available material about him at my disposal.

RBTH: Do you have any feedback from the Kremlin on your new book?

F.H.: No. Actually, I would be surprised if they did, because it is usual for world leaders to comment when somebody writes something about them. In politics, one of the first lessons is not to directly challenge things that people say, because it seems like giving them validity.

That said, we tried in this book to be very objective.

RBTH: When I was reading your book, it caught my eye that you constantly refer to the period of Vladimir Putin’s work in the KGB, which is certainly crucial to understanding his personality. However, it’s well known that Putin, as a college student, studied law. Have you paid attention to this period in his biography, and what kind of conclusions have you drawn from that?

F.H.: We had a look at what exactly he was studying at that period. We know a lot about his legal work later on.

Also, we have a section it the book called “The Statist,” on Putin’s kind of legal views that were very much shared by people like Anatoly Sobchak. It’s clear that Putin has appropriated and learned many theories from a strain of liberal-conservative thoughts that originated in the 1990’s and early 2000’s.

From his early days in the Kremlin, and up to the point when he decided to step down and become prime minister, because of the sanctity of Russian Constitution, he made many references to the importance of the law, legislative process and idea of “pravovoye gosudarstvo” (“rule-of-law state”) – which we translated as a law-abiding step where, really, the law is supreme.

The constitution theme may also be very important to Putin, because Anatoly Sobchak was one of the drafters of the [Russian] Constitution. So I think law, for Vladimir Putin, is indeed very important and is part of his personality and identity.

RBTH: In your book you make a rather strong assertion referring to some of Vladimir Putin’s hobbies as “fake identities.” What makes you think so?

F.H.: Actually, I think that some of his hobbies – like judo, for example – are not fake. During his younger years he was a pretty accomplished sportsman. For him, sport is important. And we see this reflecting into politics – Sochi Olympics in 2014, Soccer championship in 2018, and so on. He is really trying to lead by example and trying to engage young people in sport.

However, the risky car driver, the deep-sea diver and amphora explorer identities, etc., don’t really belong to Putin. It was even admitted by his staff that Putin assumes these just as a costumes.

Basically, every serious political figure engages in something like this, but he has probably done more than anyone else. So some of these fake identities – or these costumes that he deliberately assumes – are part of his political profile and his agenda.

RBTH: In some Western countries – and especially in Washington, D.C. – there is a strong anti-Putin atmosphere. A lot of Western politicians tend to simplify and even demonize the incumbent Russian president. Do you believe that your book could help these kinds of people to understand what Putin is really about?

F.H.: That’s exactly why we wrote this book. To be frank, we didn’t write it for the Russian audience. We wrote it to try to explain that one has to be very careful when it comes to demonizing anybody.

Really, in any of study leadership, you have to go as deep as you possibly can. It doesn’t help to have superficial responses. We have never really thought that designating Putin as “KGB guy,” and “autocrat,” and all these kinds of labels, is useful.

Certainly we don’t know the exact mechanism of his rise and his pick up, and we won’t spend [an] endless amount of time trying to figure this out. Even if we were able to go back and interview people like Voloshin and Berezovsky or others, they will tell stories that make them look good. That’s called selective memory.

RBTH: How do you explain Putin’s popularity in Russia?

F.H.: When you look at Russian polls, he is indeed pretty popular. We can argue what his percentage was during [the] last elections and keep in mind the fact of limited political competition in Russia, but, if you compare this to other politicians, he would still most likely [have] won the presidency.

So we tried to explain why he does resonate with Russians – not with everyone and, as we know, he doesn’t resonate with a large section of population in Moscow and other places. But, in general: What makes him so popular in Russia? That’s the phenomena we tried to understand. 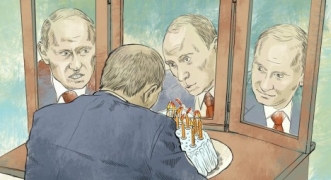 And the only way to do this, [to] understand this popularity, is to put it in context. For instance: How to explain Berlusconi’s popularity in Italy? From the outside, no one can understand this, and you can only understand Berlusconi in an Italian context. The same is true when it comes to Margaret Thatcher, who was very much a product of the United Kingdom at a particular time or Ronald Reagan of the U.S. in a particular period. These are all leaders who had big impact.

Lastly, we didn’t write these books to make friends with anyone. We used the opportunity of Valdai Club meetings to get as much as we could, and we know that these events were heavily orchestrated to get favorable responses. We even got a lot of criticism in Washington for attending these meetings.