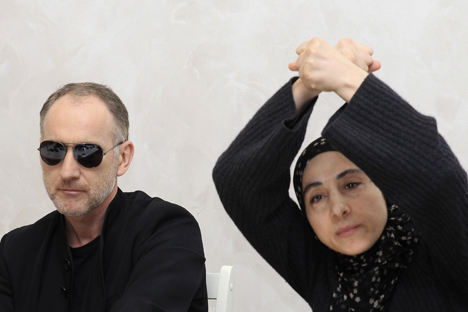 Only the parents of the Tsarnaev brothers do not believe that they were involved in the Boston explosions. Source: Reuters

The main lesson of the Boston tragedy is that countries must work together to combat terrorism.

Two days after two blasts rocked the Boston marathon on April 15, the suspects were established as ethnic Chechens from a region in Russia's North Caucasus, implicating Russia in the bombings.

In its most common meaning, an act of terror implies a group of people designing, planning and carrying out an attack. Possibly even a terrorist network, as was the case with 9/11.

A terrorist network is something that can be detected, discovered, dealt with and eventually destroyed.

In this sense, the April 15 blasts have more in common with numerous college shooting incidents. While the investigation is not over, the whole case looks increasingly like an outrageous act – the work of two people, not a lone terrorist.

In such a case, no one is guaranteed security. No existing security system can predict whether an individual mind will go haywire.

Even continuous improvements in walk-through metal detectors and increasing the police force out of proportion can never be the right answer. Public vigilance makes a bigger difference, coupled with the readiness of both the public and the government to respond immediately in the event of a terrorist attack, in order to rescue the survivors and seize the culprits. We must be on alert, everywhere and at all times.

The Boston explosions shattered the political correctness rules, and, in a broader sense, all clichés which Russians and Americans alike use to gauge reality.

In Western terms, Chechens are tacitly categorized as the destitute; they are a priori victims in need of shelter and legal protection. Before the Boston bombings, the USA had never been confronted with what Europe has already had to deal with: street shootings or night club knife fights involving people from the North Caucasus. This breaks the stereotype: not everyone seen as a victim in need of protection deserves to be protected because of ethnic affiliation.

No matter how incredible the motives, the law does not care for whether they are Chechen or Muslim. Law only sees a breach of contract. In Russia, we should also learn to make our laws work, without getting bogged down in our own warped stereotypes.

Lesson 3. If no one talks about problems, it doesn’t mean they don’t exist

As soon as the words the North Caucasus became part of the Boston incident narrative, reporters flocked into the region.

What did they see in Dagestan? First, they had to uncover what is going on in the North Caucasus – something that people there are very skilled at hiding.

Second, they saw a very populated and up-and-coming region which, despite the illusion widely spread in Russia, is undergoing a very rapid – and hence, painful – modernization.

They could also perceive two sores ready to erupt. One of which is the growing economic potential of the land without any real land ownership regulation anywhere in the North Caucasus.

Second, new trends have gained prominence in the Muslim community. On the one hand, it is no longer painfully torn by dogmatic and political contradictions. There's a growing solidarity in the younger Muslim generation. Alas, the number of potential Tsarnaevs is alarming.

On the other hand, Islam has been gaining ground as the basis of social norms and guidelines public institutions should be founded on, superseding the legal framework of Russia.

The two processes go rapidly hand in hand, changing the region by the day. The journalistic "attack” on the North Caucasus in the wake of the Boston bombings may actually serve as an advantage if it paves the way for reasonable strategies to deal with the new challenges.

Lesson 4. Together, we can do it

At this point, Russia and the USA are taking critically low interest in each other, with their relations aggravated by quite a number of irritants. Meanwhile, on April 24, 2013, U.S. diplomatic staff and an FBI representative met with the parents of the Tsarnaev brothers in Makhachkala, Dagestan.

Anyone who knows just how difficult it is for foreigners to get to the North Caucasus can appreciate the meeting as a result of a very balanced, adequate and pragmatic cooperation.

If this kind of cooperation were a given, Russians and Americans would find it easier to wage their wars in which they sometimes have the same foes.

Ivan Sukhov is Politics Editor at the leading Russian-language Moscow News (mn.ru) daily and holds a PhD in ethnology. He has spent the last decade researching ethnic and religious conflicts in the former Soviet space and federalism in Russia’s North Caucasus region.