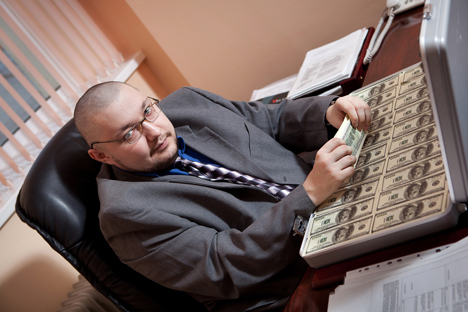 Parliamentarian Mikhail Degtyarev of the Liberal Democratic Party of Russia (LDPR) has submitted a bill banning dollar savings and transactions on Russian territory. The proposed law would not affect other popular savings currencies like the Euro, British Pound and Japanese Yen.

“If America’s national debt continues to increase, the crash of dollar will happen by 2017. The countries that didn’t rid themselves of dollar dependence by then will suffer the most,” said the lawmaker.

“This law will allow us to protect Russian citizens. If we don’t do this now, within the next five years the government will have to help citizens who kept their savings dollars (like the victims of pyramid schemes in the 1990s).”

Degtyarev also suggested that the law would increase the prestige of Russia’s own ruble and decrease Russians’ dependence on American money.

If the law is passed, Russians will have the next two years to sell any remaining dollars they have in possession on the territory of Russia or face their confiscation by police, customs and other law enforcement bodies. No penalty apart from confiscation for those ignoring the rules is foreseen.

However, Degtyarev’s fellow lawmakers remain skeptical. “You can’t push the dollar out in favor of the ruble with one law,” said Deputy Chairman of the Economic Policy Committee in the State Duma Mikhail Emelyanov (of the Just Russia party).

“The dollar will remain the world’s primary reserve currency…The Russian economy doesn’t face any threats from the dollars circulating in its economy,” said Nikita Maslenikov, advisor to the Institute of Modern Development.

“To get rid of the dollar, we’d have to end the ruble’s free convertibility and quit the International Monetary Fund, and nobody’s going to do that.”

Oleg Poddymnikov, director of investment at Lanta Bank, is convinced the law wouldn’t cause Russians to give up their dollars and would only lead to speculations. “The law won’t rid us of dollar dependence. On the contrary, the dollar market could do into the shadows,” he said.

Under current legislation Russian citizens are allow to buy, sell and store any foreign currency in unlimited quantities. A number of countries around the world have moved to limit such operations in an effort to boost their own currencies since the onset of the global financial crisis.

In Ukraine, a similar initiative to ban storage of foreign currency has been submitted to parliament.