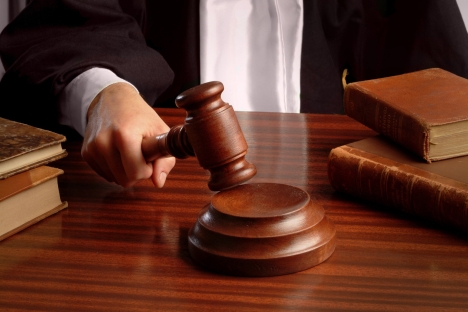 The Kremlin is too reluctant to grant amnesty to Russia's businessmen accused of economic crimes. Source: PhotoXPress

Why the Kremlin is not rushing to pardon 100,000 businessmen.

Vladimir Putin has rejected a “draft” of the parliamentary bill on amnesty for economic offenses. Authorities fear that genuine crooks and thieves might get out of jail under the pretext of improving the investment climate.

When he reassumed the role of president one year ago, one of the central tasks that Vladimir Putin set for himself was the significant improvement of the country’s business climate.

This includes pumping Russia’s rating higher in the World Bank’s ‘Doing Business’ index – from 120th place to 20th – within five years. To achieve this (though quite apart from fixing the red tape problems), the president is determined to create a structure that will protect the interests of business leaders from meddling government officials.

The Business Ombudsman Office was introduced less than a year ago, when the head of “Business Russia,” Boris Titov, was appointed to the office by Putin. In early May 2013, the ombudsman requested that parliament grant pardons for 100,000 businessmen jailed under 50 categories of offense.

Titov believes these pardons are needed, “to move on from a page of history, which was written in the harsh period that followed perestroika.” The ombudsman’s opinion is that it had been a period when businessmen became victims of unfair competition struggles – as a result of which they often ended up in court.

This initiative gained the support of members of the lower house of the Russian parliament, and a draft resolution was prepared. The document was due to be discussed at a meeting with the president, to be held in the city of Voronezh. Putin did not give his support to the draft bill, saying that the draft was “too rough” and insufficiently prepared.

To support these views, he claimed that, among those imprisoned businessmen the bill refers to, there are individuals who had, for example, organized the export of weapons-grade material. He therefore suggested that the bill be redrafted with much clearer criteria.

Titov explained the head of state’s position: “The president has a choice. According to officially-conducted opinion polls, 33 percent of Russians support amnesty for businessmen, while 36 percent do not support it, and a further 31 percent declined to express an opinion. The president has to represent all sections of society, so he must find an option that will satisfy the majority of the population.”

There are, however, independent experts who remain skeptical about the idea of amnesty for economic crimes. Former Economy Minister Andrei Nechayev – a banker these days – stated that the indiscriminate release of everyone convicted of economic crimes would be a mistake. It could lead, for example, to the release of corrupt government officials who frequently flouted the laws on economic activities – and also to the release of actual crooks and thieves.

A champion for businessmen’ rights uses influence against raiders

In general, Russia’s legislation on economic crimes is gradually softening. At the Voronezh meeting, Andrei Nazarov (Commissioner for the Protection of Business from Unlawful Prosecutions) said that, if those currently imprisoned had been prosecuted under the new laws, a number of them would not have gone to jail, since their offenses have now been decriminalized. Others would have received considerably lighter sentences.

Mikhail Delyagin, director of the Institute for Globalization Issues, is skeptical about the effectiveness of amnesty. His feeling is that it would make sense if the relationship of the ruling bureaucracy to business were changed in parallel.

On the one hand, there would be greater adherence to the law and a stronger certainty that people would, in the future, only be called to account for actual offenses. On the other hand, the meddling of governmental officials in business matters would cease, along with the abuse of the taxation system used to terrorize businesses.

“If they fail to do that, then any amnesty for businessmen would be utterly pointless” said Delyagin.