Civil servants’ use of Gmail, Facebook may be deemed ‘high treason’ 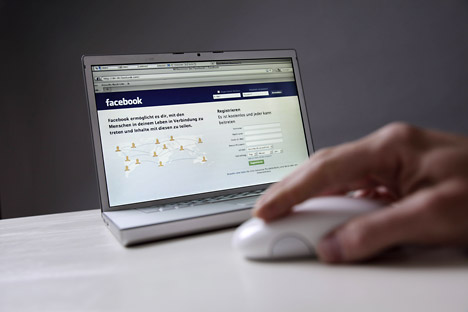 Careless handling of classified information by using free and popular internet services can lead to it falling into the hands of independent hackers. Source: ITAR-TASS

After the latest NSA surveillance revelations a Russian MP has suggested to the government to immediately limit civil servants’ access to the popular US internet services and social networks.

Lower House deputy Ilya Kostunov sent letters to Deputy Prime Minister Dmitry Rogozin (who oversees the Russian defence industry sector), the heads of the Defence Ministry, Federal Security Service and the Communications Ministry with a request to make official recommendation on usage of the popular US internet services such as Gmail and Facebook and sometimes also hardware devices produced by US companies.

The politician told Izvestia daily that the instructions should be made part of the civil servants’ contracts “so that they understood that by sending information through US services they not only fill up the dossiers on themselves and their organizations but can provide aid to a foreign state or organization that are engaged in anti-Russian activities”. “This falls under article 275 of the Russian Criminal Code as this is high treason,” he added.

Persons convicted under this article face up to 20 years in prison.

The MP told reporters that in the letter he reminded ministers and state officials about the scandal involving the US National Security Agency and its classified program PRISM that collects and analyses data on the Internet. According to the newspapers that broke the story the US special services have direct access to the servers of such companies as Microsoft, Apple, Yahoo, Google, Facebook, Skype, AOL and others.

“Certainly, the heads of United States intelligence assured that they were strictly observing the law and protected US citizens’ right for privacy. But as far as foreign citizens such as Russians are concerned they and other intelligence services from NATO countries have no limitations at all” Kostunov explained. According to the MP, foreigners were not only studying the electronic correspondence but also remotely used microphones and video cameras to learn more about the civil servants’ movement, habits, contacts and behaviour.

Besides, careless handling of classified information by using free and popular internet services can lead to it falling into the hands of independent hackers, Kostunov warned.

The politician suggested the introduction of obligatory encryption for all information transferred via the internet.

Experts and public figures agreed that proper regulation is necessary. Even the chairman of the unregistered Pirate Party of Russia said that using personal accounts of free services for official state correspondence was “totally unacceptable”.

An internet presence once became a fashion among Russian officials, especially during the presidency of Dmitry Medvedev who presents himself as a keen supporter of hi-tech and the newest digital trends. At the same time, this tendency recently started to fade. For example Deputy PM Rogozin, whose tweets never failed to make headlines in conventional media, has announced that he would no longer tweet personally leaving this to his press service.

Prime Minister Dmitry Medvedev, on the contrary, said in a recent interview that all his posts and other movements in social networks were personal. Medvedev’s Facebook account has recently gained one million likes.