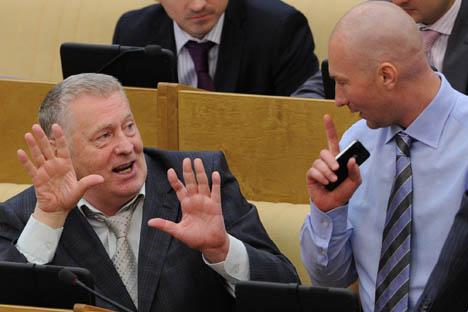 Members of parliament have submitted a bill to the State Duma that they believe will help eradicate nepotism and corruption among state agencies.

The second amendment bans the employment of close relatives by state and municipal organisations if one of them is directly subordinate or accountable to the other.

Related: Russia takes yet another step against corruption

However, there is one exception to this rule: close relatives can work together in state and municipal educational establishments, libraries, culture clubs, medical and pharmaceutical institutions in rural areas even if one of them is subordinate to the other.

“This bill will prevent budget leaks and the appointment of incompetent people to executive positions,” says Viktor Shudegov, a member of parliament and one of the authors of the bill.

“Therefore, we ban budget money transfers to the companies that employ close relatives of officials and want to put a ban on the appointment of their close relatives to public posts if it implies direct subordination.”

Based on Shudegov’s words, in any case, those who propose the amendments are more interested in pursuing social justice rather than effective budget spending.

“If a district administration chief employs his relatives, then the people will criticise them even if they perform their duties satisfactorily,” Shudegov says. According to him, these ‘teams’ of close relatives working together in public offices are especially frequent in the national republics.

“We need professionals, not relatives. The only thing a ‘family business’ can offer a public agency is slowing things down,” Shudegov says.

However, some experts believe that these bans are already part of some of the existing laws, and the new amendments will make the tight regulations applied to state officials unnecessarily rigorous.

Pavel Kudyukin, lecturer at the Department for State and Municipal Administration at the Higher School of Economics, says: “These norms are already included in the law ‘On State Service’, which bans the appointment of close relatives as subordinates.

If there is no direct subordination, they can be employed in the same organisation. This norm was introduced back in the Soviet times, in 1921.” There is also a norm on the conflict of interests applied to the collaboration between a state organisation and a commercial entity.

“Any official is supposed to report a situation where a conflict of interests can be observed. However, even in this case, an organisation employing, say, one spouse, can make a bid in a competitive tender if this organisation is the most suitable one to perform the state order. Effectiveness comes first,” Kudyukin says.

The expert argues that the law can be circumvented with the help of good friends and acquaintances who can take decisions in favour of the state official banned from the job for violating the aforementioned law.

“It would be great if all our problems were caused by nepotism, but there are lots of other challenges, and we cannot make provisions for all of them. The problem of our legislators is that they tend to regulate individual cases instead of introducing general legislative regulations,” the expert says.

Sergei Markov, political expert and prorector at Plekhanov Russian University of Economics, agrees with Kudyukin. He believes the Duma should focus on the way the existing norms are implemented rather than making new rules.

“Focus should be shifted to politics from the legal sphere. Parliament is currently perceived as a ‘ministry for making laws’. But we can’t be sure that new laws will start working as soon as they come into effect,” Markov says.

“We need to increase parliamentary pressure on ministries and agencies. I would introduce a law to seize property from those operating offshore and strip them of their civil rights.”

Viktor Shudegov hopes that the bill to combat nepotism will be the first to be considered in the State Duma when its autumn session starts.