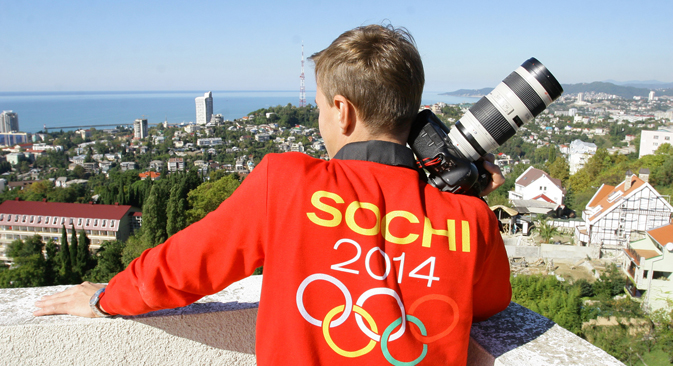 Organizers promise that, during the Games, there will be no discrimination against athletes, officials, spectators, or the media. Source: PhotoXPress

Authorities in Russia are trying to avoid scandals and incidents.

For the Olympic Games in Sochi, Russian officials have confirmed that they are considering the possibility of suspending the law banning the promotion of homosexuality to minors. Previously, Russia had assured the International Olympic Committee that the law would not affect the Winter Olympics. However, lawyers are wondering how the federal law can be applied selectively.

The newspaper Moskovsky Komsomolets, citing American media sources, writes that the Russian side has assured the International Olympic Committee (IOC) that the law on the promotion of homosexuality among minors will not affect the guests and participants of the Sochi Olympics.

“As a sports organization, we can continue our work and ensure that, during the Games, there will be no discrimination against athletes, officials, spectators, or the media. In this regard, high government officials in Russia have assured the IOC that the law will not affect those who will visit or take part in the Games,” the committee stated.

On July 30, Ilya Dzhus, spokesperson for Deputy Prime Minister Dmitry Kozak, confirmed that such an idea had been discussed. “Russia is not interested in limiting their guests or infringing upon their rights,” he told The Age magazine.

Dzhus noted the government is considering ways to suspend this controversial law; however, the final decision is still pending. “I am sure that a legal solution will be found,” he said. Dzhus explained that such a proposal was made after negotiations with the IOC, in which Kozak, who is overseeing the preparations for the Olympic Games, was involved.

Vitaly Milonov, one of the authors of the law and a member of the Legislative Assembly of St. Petersburg, commented on the statement about the possible weakening of the measure.

“Our law will, by no means, affect the normal life of adults. If Olympic guests arrive and, instead of participating in the Olympic Games and sport, do things that somehow impose their beliefs on our children, then I do not think we need to make these kinds of exceptions. Because, actually, our legislation applies to the whole territory of the Russian Federation,” said the parliamentarian.

When asked about the fact that this order may affect the visiting fans, Milonov said: “Why? Some can seduce children and others cannot? I think that no one has the right to seduce children. Therefore, generally, a government decree cannot abolish the regulations stipulated in a federal law. The federal law applies to the entire territory of the Russian Federation, and no one has the right to suspend it.”

According to Milonov, this is a case of misinterpretation of information by the Western media — no one will be persecuted or penalized for unconventional sexual orientation.

Nikolai Alexeev, an activist of the LGBT movement in Russia, does not understand how it could be possible to suspend this law not on the entire territory of Russia, but in just one region — Sochi.

On June 30, Russian President Vladimir Putin signed the law banning gay propaganda targeted at children. The State Duma adopted the law in the second and third readings, on June 11. At the time, the wording “propaganda of unconventional sexual relations” appeared in the document, instead of the undefinable “propaganda of homosexuality.”

In addition, foreigners living in Russia will be subject to additional punishment in the form of expulsion from the country for such an offense. Not long ago, a group of Dutch documentary film makers shooting a film about the LGBT community in Murmansk were detained on suspicion of “propaganda of non-traditional sexual relations” among minors. After an investigation, they were banned from entering the country for three years.

Based on materials by Moskovsky Komsomolets, Gazeta.ru and Rosbalt.