Pros and cons of the Russia’s new anti-piracy law 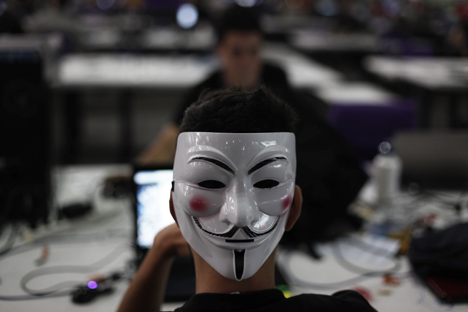 Copyright holders are pinning hopes on the new law to boost their business. Source: Reuters

The new law establishes responsibility for uploading pirated films and gives copyright holders the right to file lawsuits against any online service guilty of copyright infringement.

On the same day the new anti-piracy law came into effect, the Russian court received its first lawsuit from a copyright holder: head of ‘Kino Bez Granitz’ (Films Without Borders) Sam Klebanov complained that the VKontakte social network was illegally distributing movies. Although the lawsuit was rejected as being incorrect, experts anticipate an easier time for film distributors on the Russian market.

On August 1, the so-called anti-piracy act – or officially, federal law No. 187-FZ ‘On amending the legislation of the Russian Federation regulating copyright protection in information and telecommunications networks’ – came into effect. The new law establishes responsibility for uploading pirated films and gives copyright holders the right to file lawsuits against any online service guilty of copyright infringement. Alongside websites that host pirated films, the law also introduces responsibility for posting links to resources with pirated films.

Responsibility for distributing pirated content extends to the so-called information transfer agents, which broadly embraces common users, internet platforms – such as search engines – and service providers. The only case in which punishment may be avoided is when the person is unaware that their site contains pirated content. As it is, all copyright holders need to do to in order to sue information transfer agents is to point out the films they do not own.

Internet companies have been highly critical of the new law, including search engines Yandex and Google, the Mail.Ru holding, major torrent trackers and a host of other smaller sites (more than 1600 resources in total). Internet majors fear that the law’s loose terminology could harm honest users.

“We have been opposed to the law in its current format from the outset. The fact is that in its current version, it may involve significant risks for the industry stemming from resources being blocked by mistake or illegally (for instance, when blocking specific IP addresses, completely unrelated websites are likely to be blocked too), and its mechanisms can be used to foster unfair competition and abuse. It is also possible that the law will prove inefficient in counteracting online piracy, since changing IP addresses and hosting providers, and using various loopholes to evade the law is hardly a problem or a challenge for real internet pirates,” head of the legal service at Mail.Ru Anton Malginov said.

Conversely, lawyer Pavel Katkov, who was involved in drawing up the anti-piracy law as part of the working group at the Ministry of Culture, believes that responsible internet resources have nothing to fear. “Responsible internet companies will incur zero losses. Russia is the only country where a complaint goes through two government filters: the courts and an executive body, the Federal Service for Supervision of Telecommunications, Information Technology and Mass Media. The court already turned down the first claim filed by a copyright holder on  August 1 on formal grounds, citing incorrectly prepared documents.”

Films without Borders has been trying to settle the matter with VKontakte peacefully, sending requests to remove pirated movies from specific pages to the administration of the social network, and VKontakte, according to its press secretary Georgy Lobushkin, complied with every one of them. Meanwhile, Klebanov admitted that this method of cooperation with online resources was hardly efficient and very cumbersome. Pirated versions blocked from certain pages tend to appear almost instantly elsewhere, so copyright holders need to monitor a vast amount of content on an ongoing basis.

Duma to invite experts to work on anti-piracy law - source

Internet majors that have found themselves blacklisted – Yandex and Mail.Ru – have declared they have been successfully cooperating with copyright holders for a very long time. “The law primarily applies to hosting services (user-generated content services). For reference, we worked out efficient cooperation schemes regarding user-generated content services with copyright holders a long time ago, so we have simply adjusted them to match the procedures prescribed by the new law,” Yandex’s press office said. “We do not expect the newly adopted law to have any noticeable effect on the company’s business.

“Even before the law was passed, we made it a point to promptly remove content upon requests from copyright holders, and we plan to continue to do so, no matter where the request comes from – the copyright holder, the Federal Service for Supervision of Telecommunications, Internet Technology and Mass Media, or the court,” head of the legal service at Mail.Ru Anton Malginov said. “The new law applies to films and made-for-TV movies. It is true that we host user-generated video content on our social networks. We have made a special effort to analyse consumption: videos with the most views are under five minutes in duration. They are obviously not films. So we are not worried that the new law will have any impact on our operations.”

“The law finally allows copyright holders to protect their rights effectively, and eliminates possible confusion around the actual offender for the courts. For the Russian film industry, such protection means new horizons for growth. It also increases the appeal of the Russian market in the eyes of foreign movie industry players. It will even benefit internet companies. Such legal services as tvigle.ru, now.ru, nuz.ru will be able to breathe again once unfair competition from pirated content goes away,” Pavel Katkov believes.

It remains to be seen what the actual economic effect of the anti-piracy law will be. What we do know is how much it will cost taxpayers: according to the Federal Service for Supervision of Telecommunications, Information Technology and Mass Media, it will need an extra 97 million roubles (about $3 million) a year to act upon the law.