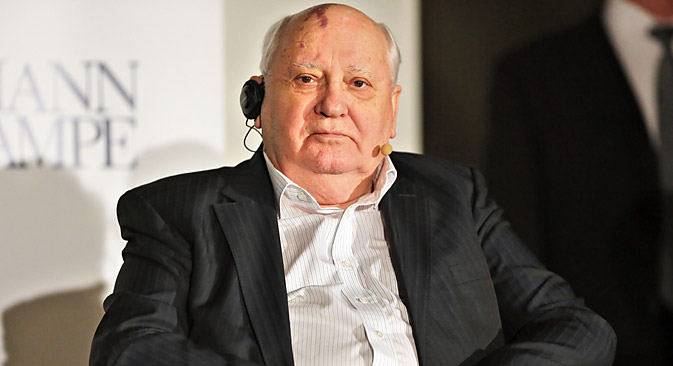 The former Soviet premier believes that a compromise now needs to be sought on the Crimean issue. Source: Photoshot / Vostock Photo

The last General Secretary of the USSR defends the Crimean referendum, and also shares his feelings about Russian and Ukrainian relations and U.S. foreign policy.

After the controversial referendum in Crimea, where the vast majority of the population expressed the desire to return the peninsula to Russian jurisdiction, former Soviet President Mikhail Gorbachev, whom many blamed for the collapse of the USSR and the ultimate loss of Crimea, shared his opinion about the recent events.

The main thing is to properly take advantage of sovereignty

Mikhail Gorbachev said that he has very carefully studied the situation with the referendum, and is confident that the Crimeans really want to obtain Russian citizenship.

“Now all of this has taken place in Crimea at the request and desire of the people. It is good that they processed it this way, through a referendum, and showed the world that people really want to return to Russia, showed that no one has forced them to do anything,” said Gorbachev.

“Now the people of Crimea must responsibly and skilfully manage the happiness they have achieved. I believe that this is a happy event, and should be perceived as such. Return of sovereignty to Crimea – this is the foundation,” said Gorbachev. “And, taking advantage of its sovereignty, using its sovereign right, Crimea has expressed its desire be with Russia. And this – this is happiness. This is freedom of choice, which is the most important thing of all.”

Gorbachev went on to say that in recent years the residents of Crimea had been on the side of Russia, and not Ukraine.

“I personally, and all the supporters of unification, said that the return of Crimea could only be voluntary, free and democratic. And in no case should any blood be spilled. We have already seen what that leads to,” said Gorbachev, who pointed out that this could make Russia vulnerable to “predators” to whom Ukraine and Crimea were unimportant.

“They essentially wish to thwart the implementation of plans that Russia has made in recent years,” heexplained. “The biggest mistake would be if suddenly the opponents of unification of Russia and Crimea succeed in pushing Russia and Ukraine into a military conflict. After all, a war between Russians and Ukrainians is absurd.”

The former Soviet premier believes that a compromise now needs to be sought on the Crimean issue. “We need the West, Russia, and Ukraine to understand that we live in a global, but crowded world. We, in fact, are now living in a large village. In this village, everyone is interdependent and shares mutual responsibility. We must learn to live in a new global world,” said Gorbachev. “The interconnectivity of all countries is growing all the time, and only a fool can ignore this.”

The United States, Russia and the Crimea

Gorbachev expressed disappointment in U.S. President Barack Obama, who claims the Crimean referendum is not legal, and argued that American foreign policy is at a dead end.

“At the beginning of his presidency, I approved of Obama, I supported him very much, said Gorbachev. “But now he must overcome triumphalism, a sickness that the American nation has suffered from since the Cold War ended. When the Cold War ended, many speeches were made about the need to build a new world order. Most of all these speeches were made by the Americans,” he said.

“However, in the end, the U.S. chose a different policy. They embarked on their triumphalism. And at first this worked: ‘Why change anything when we are so powerful, and the whole world is under us, are we not the only superpower? God himself has brought us to this, we have to accept it, and we have to create an empire.’ The Americans went on to build the future with this idea in mind, but ended up disgracing themselves in front of the whole world. Other countries did not accept such American policies,” says the former politician.

“Americans now need to overcome this syndrome, to carry out their own perestroika [restructuring]. America has a long way to go. But it’s not like frying an omelet, it will take a long time. I myself expected that restructuring of the USSR would take 25 years.”

At the same time, Gorbachev said that he does not always support Russian President Vladimir Putin. 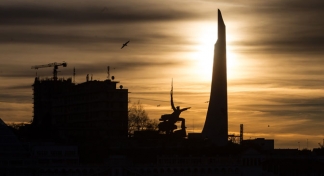 “In the first years of his presidency, I really liked Putin, and in the West, I always supported him, but gradually he got into leaderism. The common people were again pushed out of politics, and do not trust him in even the simple things,” says the former head of the Soviet Union.

“With regards to his actions in Crimea, I perhaps do not know everything. I am not well, always going to hospitals, so I cannot follow all the events closely. But as I far as I can see things, he believes that Ukraine should be free, and Crimea should be free. Free to decide its own fate through a referendum. This opinion of Putin’s I welcome.”

Gorbachev also noted that mainly Russian-speaking people reside in southern Ukraine, and now these can also decide their fate, using the example of the referendum in Crimea.

First published in Russian at Slon.ru.

For many Russians, the current crisis in Ukraine is not just a political issue.