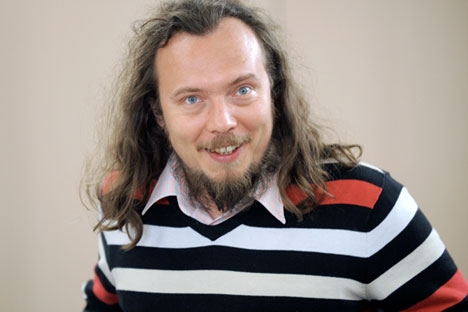 Ivan Zassoursky, a professor of Media and Theory of Communications in the Journalism Department of Moscow State University, spoke to RBTH about the current state of the Russian media.

RBTH: Russian President Vladimir Putin has signed a law on limiting foreign shares in the Russian mass media to 20 percent. In your opinion, how will this law influence the Russian media?

Ivan Zassoursky: This bill will draw a clear line between Russian and foreign publications. The first will likely be controlled by local companies and holdings, while the second will be able to work only as representatives without operating an independent business in Russia.

In concrete terms, this means urgently selling your business or changing the structure of the ownership. It will probably result in a decrease of variety of viewpoints in the Russian press, but it will not result in its disappearance since there will still be Russian publications such is Novaya Gazeta and The New Times, at least for now.

RBTH: Do you see any new trends in the development of the print media? Ten years ago, experts were predicting the closure of most print media due to the evolution of the Internet. Are there any indications that this is becoming true for Russian print media today? How does the situation in Russia compare to the situation in the West?

I.Z.: I personally started reading newspapers in print because I can get them for free. I pick up the Vedomosti, the RBK daily and The Moscow Times in the cafes. The Metro newspaper just falls into your hands, just like Vechernyaya Moskva, while the Kommersant newspaper is available in neighboring cafes. The Nezavisimaya Gazeta and the Novye Izvestia can be found at the journalism faculty in the Moscow State University.

But this also means that the newspapers are desperate and are trying to save their circulation. Andrei Miroshnichenko, a Russian researcher and publicist, published a book about when the last newspaper will die. He thinks that the last "newspaper" generation is people born before 1980, while only economic newspapers such as Vedomosti and the Kommersant will outlast the rest.

I.Z.: I don’t think there are any more publications of this sort, with the exception of the blogosphere and social media. However, if we do take the former two types of media into consideration, we can say that journalism has become authorial. The commercial mass-media industry is in a crisis. Therefore, the life of independent media even in terms of profitability is very short.

As regards to being independent from the owner, although this is the general norm of the law on mass media, in Russia it really doesn't work. And even in the professional community, there are few who actually say that this is normal.

RBTH: Do the relations between the mass media and the government in Russia differ from those in other countries?

I.Z.: Yes and no. As a rule, media systems have ties to large holding companies and the government or large political powers. However, the level of the media-politics symbiosis and the concrete mechanisms of interactivity are always different. Unfortunately, Russia is not an exception.

Another matter is that in many countries and media systems, there is a consensus in certain issues between publications of different orientations, for example, in foreign policy. However, observing this from afar, it is difficult to understand how this is possible, especially if the issues are very debatable. There are many such subjects and arguments, just as there are traces of attempts to buy journalists and publications in many countries, including the U.S. and in Europe. Another thing is that the facts we have in our possession usually regard a different era, such as the CIA's Operation Mockingbird, which aimed to influence international media.

Today there are many complex schemes of influence in the world that can be labeled as soft power. But traditional thuggish methods of propaganda and direct control used by the Russian government cannot be considered effective from the professional standpoint and acceptable from the viewpoint of journalist morality.