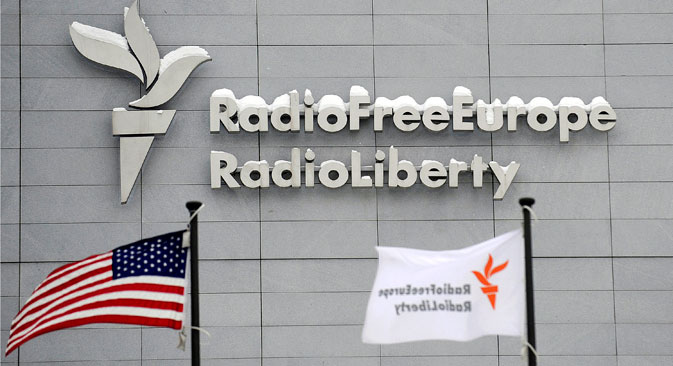 Radio Liberty plans to fight "the disinformation in the Russian mediasphere" via social networks. Source: AP

Radio Liberty, which is financed by the U.S. federal budget, is opening a digital media department to battle "revanchist Russia" via social networks. Part of the aim of the initiative will be to target the Russian-language sphere in an effort to provide a counterbalance to state-controlled Russian media. However, one expert says that Radio Liberty will have problems reaching audiences inside Russia itself.

Alarmed by the success of Russian state-owned propaganda outlets conducting a so-called “war of misinformation” to support the Kremlin’s position on foreign policy issues such as Ukraine, the U.S. is making plans to launch a digital media campaign to counter Moscow’s efforts to shape the international narrative.

Radio Free Europe/Radio Liberty, which is financed by the U.S. federal budget, is planning to open a digital media department for "countering the disinformation in the Russian mediasphere" through social networks, with a request for funding having already been submitted by the Broadcasting Board of Governors (BBG), the state organization that controls RFE/RL.

"The Kremlin uses freedom of information" to "sow turmoil with the help of conspiracy theories and the diffusion of lies" and not with the aim of "convincing people (as in classical social diplomacy) or meriting trust," reads the budget request. A "worldwide disinformation mechanism" has been launched, one that "threatens Russia's neighbors and consequently, the United States and its western allies."

Providing opposition to Russia’s well-funded propaganda machine is one of the BBG's two current priorities, the second of which is the necessity of building an effective strategy to counter the ideology of the Islamic State (ISIS) radical militant group. The budget request asks for $15.4 million to fight "revanchist Russia" and $6.1 million for the struggle against Islamic extremism.

The search for staff for the new digital media department (DIGIM) has already begun, with the RFE/RL website currently advertising 14 vacancies for its Prague headquarters. The job offers specify that "DIGIM's main objective is to use social and digital instruments that would help to increase RFE/RL's presence in the Russian-language sphere."

The abovementioned request makes it clear that in order to achieve its goals DIGIM plans on launching daily videos that would be "a direct challenge to Russian television propaganda, a YouTube channel and a site for Russian journalists and filmmakers whose "works are blocked by the Kremlin-controlled media." RFE/RL declined to respond to a request from RBTH for comment on the new project.

RFE/RL's plans to expand its presence in the Russian-language internet segment fit clearly into the general trend of the "information war,” said Ivan Zasursky, president of the Association of Internet Publishers and Director of the Faculty of New Media and Communication Theories at Moscow State University.

At the end of March the American Federal Agency on International Broadcasting announced that the U.S. was losing the information war to Russian media, which hence the need to strengthen counterpropaganda measures. "But $15 million is a small amount," said Zasursky. "This says that the operation will be rather limited in scope."

In Zasursky's opinion, RFE/RL, which in the last decade has suffered constant cuts to funding and has seen the importance of its broadcasting gradually diminishing, simply has an opportunity to turn the situation to its advantage and receive additional funds.

"Russian international broadcasting has traditionally been of good quality," said Andrei Bystritsky, head of the Communications, Media and Design Faculty at Moscow’s Higher School of Economics and former head of the Voice of Russia radio station. "The situation has not changed – it still does."

Impact will be limited in Russia itself

Ivan Zasursky believes that RFE/RL's decision to work with social networks is a logical move, at least as far as reaching citizens of the Russian Federation itself is concerned. Not having the opportunity to reach Russians through "the usual" means (since November 2012 RFE/RL has been broadcasting in Russia only via the internet due to the changes in Russian law, which limits foreign charter capital for mass media), foreign media are now going to places where people who are tired of television congregate – to the internet and social networks, where "the number of these people is growing."

Bystritsky, however, considers it a myth that social media is gaining more information space at the expense of traditional mass media. On social networks people organize themselves into small communities, the audience then fragments and receives "a relatively small quantity of general knowledge," he said.

But there is also a more significant reason why it will be difficult for RFE/RL to fight the Kremlin's "alternative reality" in Russia itself. "Putting it simply, the level of trust in Russian media in our society is high, whereas in western media it is low," said Bystrinsky, citing a Gallup survey according to which 76 percent of Russians consider Russian state media to be a reliable source of information, 30 percent rely on non-state sources and just 5 percent on western sources. 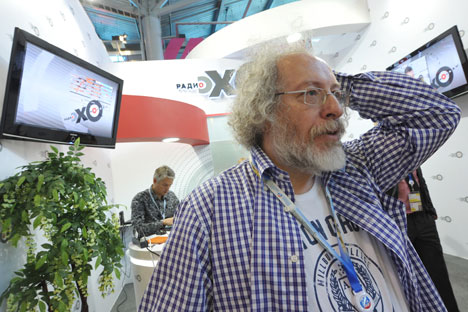